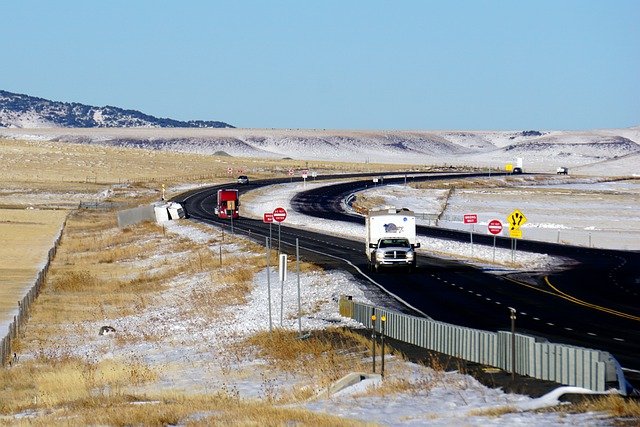 Why Do Truck Rollovers Happen? (And How to Stay Safe) 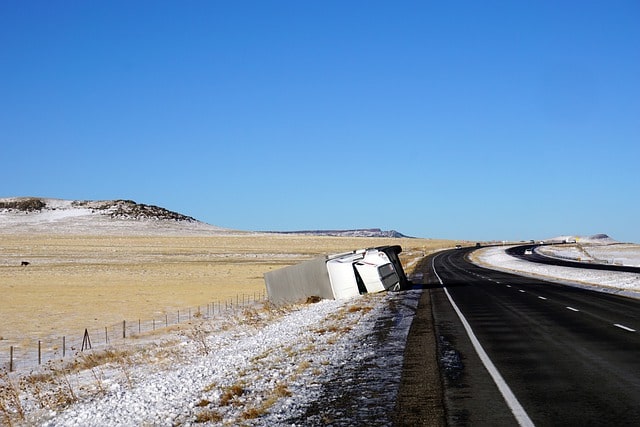 There are a variety of factors that come into play in truck rollovers. Excessive speed around a corner, poor weather conditions, an unsecured load, and equipment malfunction are all possible contributing factors in these types of accidents. However, by far, the number one cause of truck rollovers is driver error.

When Does it Normally Happen?

People often assume that rollovers happen due to poor driving conditions or reckless driving from a trucker. However, the fact is, most rollovers are caused by driver inattention, often as a result of fatigue.

The majority of truck rollovers happen on straight, dry roads during daylight hours. While poor weather conditions can play a part in rollovers, only a small percentage can really be blamed upon this issue. When weather factors are the main issue in an accident, there is only so much that can be done to avoid them. Trucking companies are not going to have their drivers take the day off because it’s raining.

Most Rollovers Are Preventable

However, because driver inattention is such a major factor in these accidents, they are mostly preventable. There are laws in place that govern the hours a truck driver is allowed to work to try to minimize the number of fatigued truck drivers on the road. Unfortunately, due to things like bonuses offered by companies to drivers for delivering their loads as quickly as possible, many drivers violate these laws.

Trucking companies reevaluating the way that they incentivize their drivers is one of the best ways to prevent truck rollovers. Safety should always be the top priority over speed. The money that trucking companies can save from fewer accidents and fewer lawsuits is massive.

Even if the math doesn’t quite work out in a cost-benefit analysis against the extra money earned from quicker turnaround on deliveries, the moral obligation to avoid injuries and deaths due to unsafe practices should weigh heavier.

Other Causes of Rollovers

Load size and balance is another big factor in truck rollovers. This is especially true with a tanker carrying liquid. Drivers need to be aware of the physics at play in order to best be able to prevent a load from leading to an accident.

When transporting liquid, drivers need to be aware of the “slosh and surge” effect. Unlike other kinds of cargo, liquids cannot be strapped down. There is going to be movement of those liquids, and drivers must use extra caution to prevent that movement from leading to an accident. “Slosh” is when the liquid moves up the side of the tanker, and “surge” is the liquid moving from front to back, and back to front.

The liquid often moves up the side of the tanker on a turn. When a driver takes a turn too quickly, the liquid can move too far up the side and shift the center of gravity of the tanker, which can lead to a rollover.

Less dramatic turns can also lead to problems when they accumulate. Changing lanes back and forth too quickly can also lead to a rollover if the liquid has not settled between changes. The built-up movement, as the water sloshes up one side during one lane change, and then further up the other side when changing back, can lead to serious issues.

There are several steps that truck drivers can take to stay safe on the road and prevent rollovers and other accidents. These include:

What Happens if I Get Hurt by a Trucker?

Driving always poses a hazard, but trucks pose a greater risk than other vehicles due to their size and the damage that they can inflict. Drivers should always drive defensively. Being alert to the possible dangerous actions of other vehicles is your best way to stay safe since you can’t do anything to make them drive safer. Use extra caution around trucks as they present an even bigger threat to your safety. 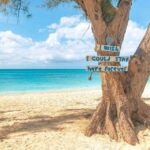 A Yacht Charter in Turks and Caicos Will Rock Your World 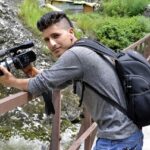 How To Be a Travel Vlogger and Post Fun Videos Online