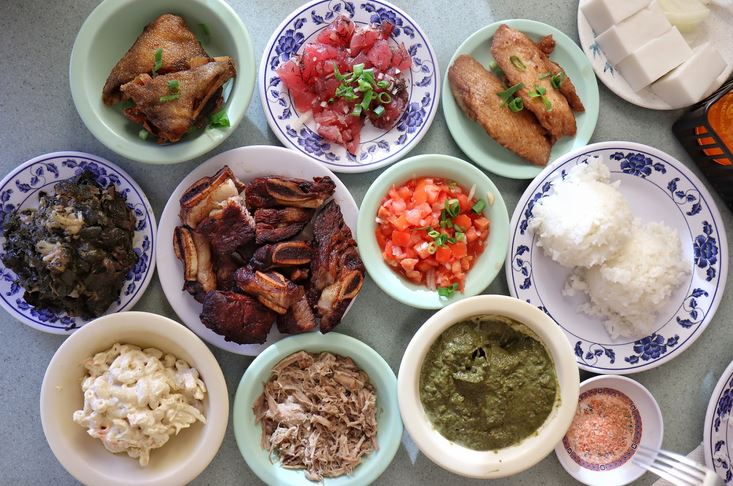 Delicious Signature Dishes of Hawaii To Try on Vacation

Introduction To The Signature Dishes Of Hawaii

Hawaii is the destination where people love to go the most, and most people search about the destination over the internet even I also think like this. Still, when I was in Hawaii, I was confused about what to eat and what not to eat? I searched a lot over the internet but I found nothing. So, I thought to eat every dish over there and talk to the local people over there and Today, I am here with the signature dishes from Hawaii. Whenever you visit there, you will eat these dishes there. I hope you will like them, so let’s start with the first dish.

In Hawaiian Cuisine, a staple food with is traditionally full of starch is known as a Poi.

It is made from the taro plant roots blended in a mixer to look like a thick paste that is steamed or baked, filled with water to make it look like a sticky pudding. In early times people of Hawaii used to make Poi from the traditional method in which they use papa ku’i ‘ai, a wooden pounding board, with a pōhaku ku’i ‘ai, a carved basalt pestle.

Poi has a unique texter with a unique flavor. It is sweets and slightly sour because of the fermentation process. When I am in Hawaii, I eat Poi a lot there.  Poi is classified into three categories, which are “one finger,” “two-finger”, and “three-finger,” its all depend on the consistency of the Poi, which is a sufficient mouthful.

When I was in Hawaii, I asked many questions to people over there about the Poi and regarding the recipe of Poi. But the thing I found is that most people feed Poi to their children in many areas over there.

While Poi is made from the taro root, Laulau is made from the leaves. In Polynesia and the Pacific Islands, taro root is very famous and makes Laulau people place banana leaves with fish and pork in the center in recent times. They wrap the mixture, cook it under the hot rock for hours or until it will tender, but in modern times people use taro leaves to make Laulau with butterfish, pork, beef, or chicken and steam it on the stove.

When I ate the Laulau dish, I ate it with rice and macaroni salad, and trust me, it was amongst the divine dish I ever had.

You must have heard about the Kalua method to make dishes and the next blaster dish from Hawaiian Cuisine is a pork dish known as Kalua Pig. The process of making this dish is known as Kalua, which is more like an underground oven. In Kalua, Lua means taro leaves when a young and small take after cooked spinach for hours.

This dish is similar to American pork but to make Kaula Pig, they use intense wood smoke flavor, and to make American pork, they use tangy barbecue sauce. When I ate Kaula Pig for the first, I had it with a big pile of rice, and rice elevated the dish’s taste.

Do you know Japanese Sashimi? If yes, then you must like Poke, which is the Hawaiian duplicate of Sashimi.  It is served with hearty cubes of ahi tuna, but you can use any fish with this. In Hawaii, there is a wide variety of Poke you can have like lime poke to shoyu poke, which is spicy and tasty, and to make these dishes, you can also use raw fishes.

Whenever I visit Hawaii, the first thing I had is Poke and last year, when I visited Hawaii, I ate poke in a different style called poke bowl, a bowl full of rice and heap of Poke.

From the Pacific Islands, there is a dish brought to Hawaii. Do you know what it is? But I can give you the name, yes, it is Lomi Salmon. This dish has become an essential part of Hawaiian meals, and I can suggest you have it with Poi. You will love it.

Lomi salmon is made from mixing salmon, green onions, onions, and tomatoes with some chili peppers. All the ingredients are chopped in bite-sized pieces and people like me who eat all the things with a spoon can have this dish with a spoon. This dish is more like a refreshing salmon-tomatoes salad.

The salty flavor of salmon elevates the taste of acidic tomatoes to make it an excellent dish.

Chicken long creamy is a trendy dish in Hawaii. It is mostly used as a side dish in many areas or more like a light meal. It has arrived from Chinese cuisine, but Hawaiians do not adapt it, and it is more prevalent in luau island.

This Chinese originated dish is a combination of clear mung bean noodles and cooked with chicken soup to elevate its taste. It is more like a dish, a slurpy stew made with chunks of chicken, and the flavor is gingery. I also like eating chicken long rice with Hawaiian food. 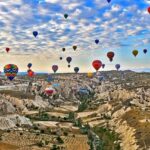 Most Scenic Places In The World For Hot Air Balloon Rides 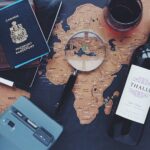 Great Reasons You Should Live Abroad Once In Your Lifetime