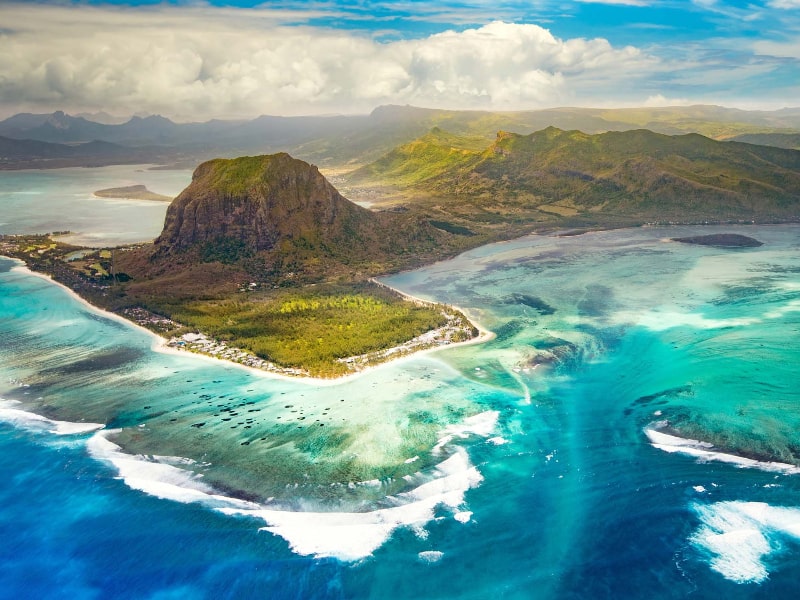 Guide to Port Louis the Beautiful Capital of Mauritius

Great Places of Interest in Port Louis, Capital of Mauritius

The beautiful island of Mauritius can be found in the India Ocean off the east coast of Africa.  This volcanic, palm-fringed paradise is a popular destination for honeymooners and anyone who loves tropical beaches and crystal clear waters. The island nation has a rich history and past influences from occupation by the Dutch, French and British.  Coupled with settlers from Africa, India and Asia, the island enjoys a lively fusion of many cultures.  While many come for water activities at their beaches, Mauritius also has attractive cities and varied topography.  During your visit, be sure to spend some time in Port Louis the capital city of Mauritius.

What to see in Port Louis? The capital city is home to some of the best places to visit in Mauritius, things to do, experiences to live and history to know. A lively city in which it is practically impossible to get bored. One day is not enough to experience even a third of what Port Louis has to offer. The reason why we wanted to show you the very best places of interest in Port Louis. Here we go:

Locally known as “bazaar”, the central market is the busiest place in the capital.  This is the place where locals, restaurants and hotels from different parts of the island come to find the largest selection of fruits, vegetables, sea fruits, and other freshness. 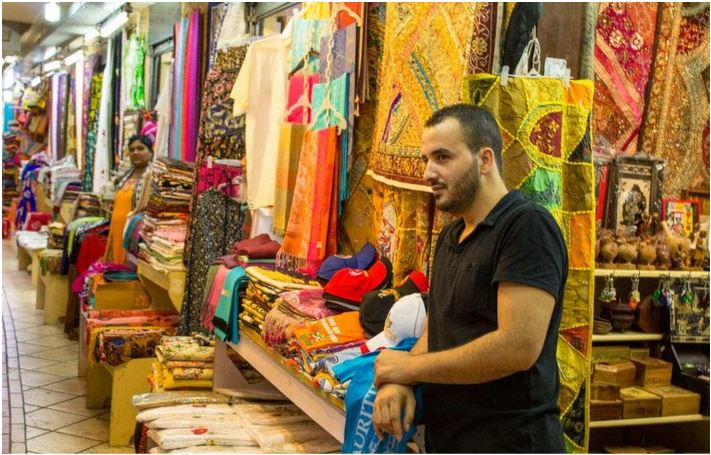 The market is also popular for the range of street food it supplies. It is there that you will find some of the best Alouda, Gato Pima and the famous Dholl Puri. The left wing of the market contains a large collection of designer clothing, souvenirs, spices and artisanal handicrafts that are really worth the price.

One thing though. Don’t bring too much cash or valuables on you as unfortunately there have been a few cases of pickpocket in the past. Other than that, you should be good to enjoy this fabulous place.

Le Caudan Waterfront is the place not to miss if you want to discover a modern facet of the city with a little bit of a historical twist though. The wide esplanade is beautifully decorated and lined with some of the most prestigious shops, restaurants, pubs, cinemas and general standards few places in Mauritius can boast of. 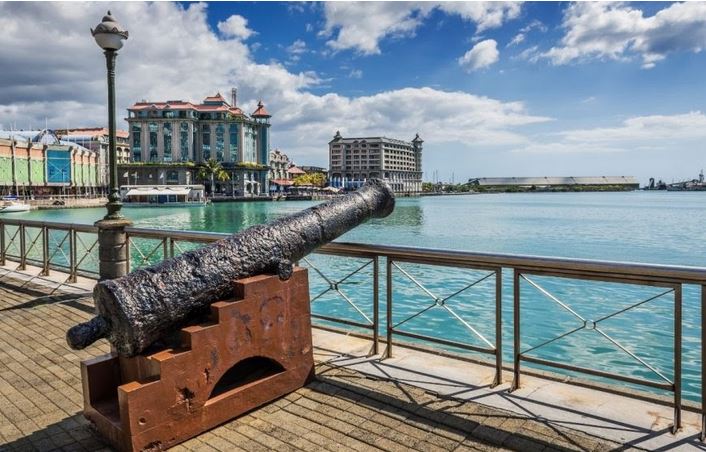 But like we said, Le Caudan also managed to keep historic and cultural values on its grounds. One of the main attractions of the giant waterfront is the Blue Penny Museum, which is home to the rarest stamps of this planet. You will also find quite a few interesting local street food stalls. Despite the rise of online shopping in Mauritius, many locals and tourists still prefer the charm of local shops like in Caudan Waterfront.

Among the places to visit in Port Louis, you cannot miss the best viewpoint that is found at the top of Fort Adelaide. In addition to good views, are a perfect place to have a drink. But historically speaking, the fort was built by the French to monitor the entrances and exits of the port area, especially from the British invaders.

Fort Adelaide is locally known as La Citadelle. Recently, this colonial heritage has been renovated to secure its basement and also accommodate a few traditional shops and restaurants for the greatest pleasure of tourists.

Located at the foot of Fort Adelaide, Le Champ de Mars is the oldest racecourse of the whole southern hemisphere. This already tells you about the role hippism has played in the history of Port Louis. 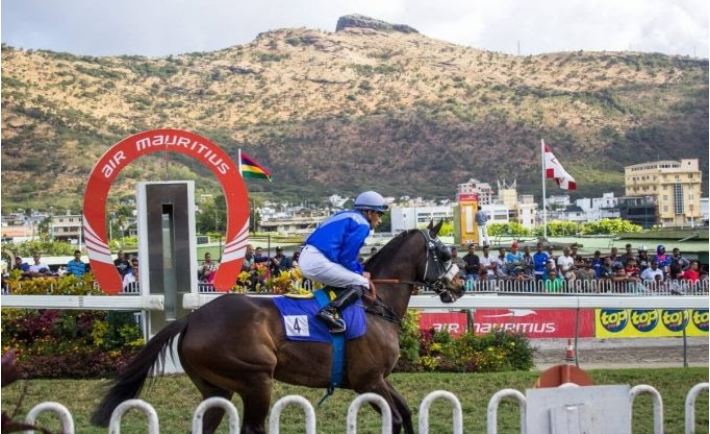 Today still, thousands of people gather at Champ de Mars to see and bet on their favourite horses. During the season, you can enjoy the epic feeling of le Champ de Mars on Saturdays and Sundays.

Port Louis is a city of thousands of flavours and it is best represented by Le Lambic Restaurant. There are a lot of good or better restaurants in the city, but Le Lambic’s cozy atmosphere, superb food and its selection of beers wins it for us.

This restaurant is not the place for the general public, but more a place for connoisseurs. It is located at the heart of the city on Georges Street. Its snug Friday or Saturday evening ambiance will make you feel at home. 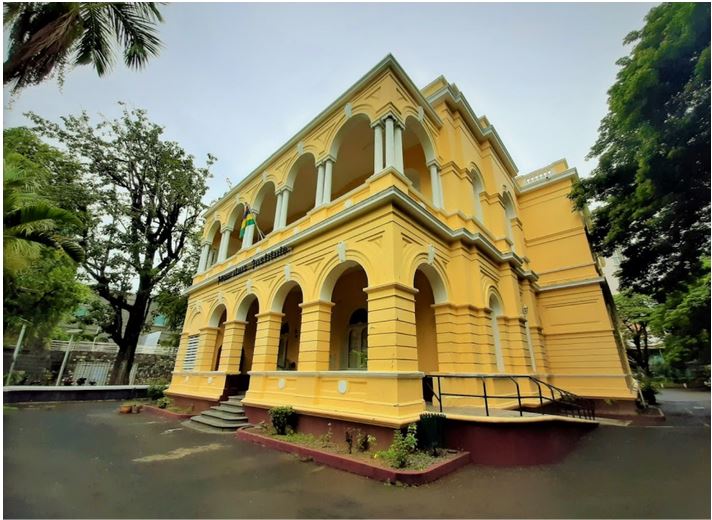 Located just in front of Le Jardin de la Compagnie, the National History Museum is a place not to miss for history lovers. Like many others in this list, there are no entrance fees. The museum houses the most important collection of animals, fish, insects and information about the species that live or lived on the islands of Mauritius.

One of the major attractions of the museum is the replica of the dodo, the extinct bird of Mauritius. The visit takes about 45 minutes to one hour and is particularly interesting if you are touring with kids.

Chinatown stretches over the Royal Road, one of the most emblematic and busiest streets in Port Louis. An ideal place to walk enjoying its numerous oriental restaurants, shops,malls and pure authenticity.

This colourful area is worth a visit on every day of the week except maybe on Sunday when most shops are closed. But even then, you might want to take a close look at the beautiful Chinese inspired architectures and houses. 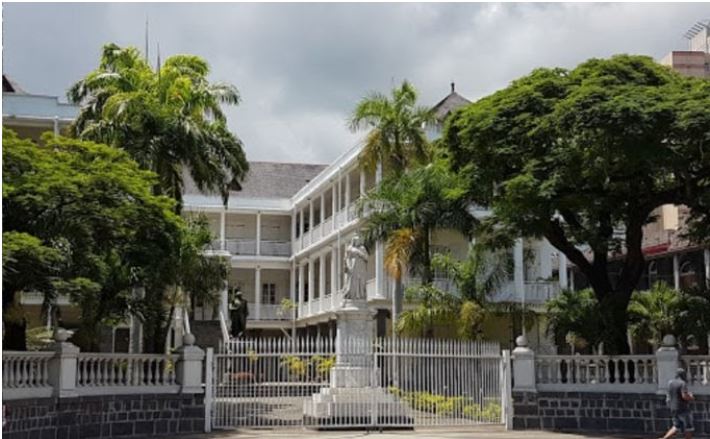 Extending from the Caudan Waterfront to the Government House, la Place d’Armes is one of the nerve centres of the city. Surrounded by numerous banking institutions, taxis and shops, this place no matter what time you go, you will always find people.

Lined with aged palm trees and numerous statues including those of Francois Mahe de Labourdonnais and Queen Victoria, la Place d’Armes is a great place for a halt in Port Louis.

Welcome to the only UNESCO World Heritage Site of the city. Aapravasi Ghat is now a museum but was once the place where almost half a million indentured labourers arrived from India between 1834 and 1920. 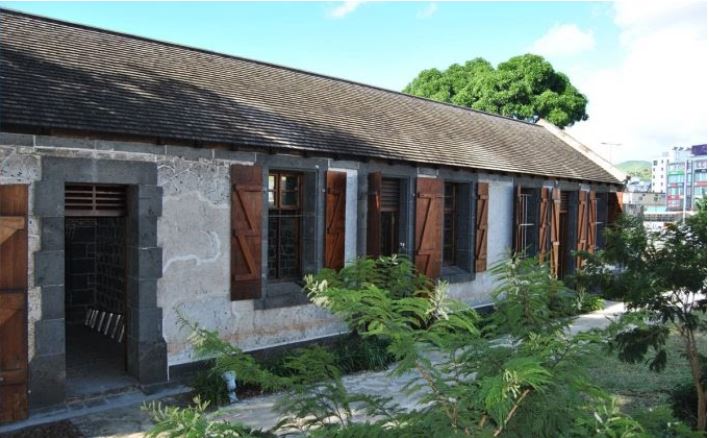 You might be asking, what is there so special about an immigration depot? Well, let us tell you. This place is full of historical treasures and British colonial time architecture that you won’t find anywhere else on the island. And the best part of it all is that there are no entrance fees.

The last place on our list surely should not be considered as the less attractive. In fact, it is one of our favourites because it is the only place in the world where you can witness the “Penny Blue” or the “Penny Red” two of the most expensive historical stamps ever.

Also, it is ideally situated on a beautiful marina where you will want to stay for hours to marvel at the ocean and the plethora of boats, yachts and catamarans anchored just in front of your eyes.

There you go. The city tour is over. We hope you enjoyed our list of places to visit in Port Louis. 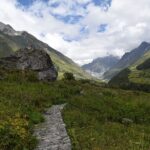 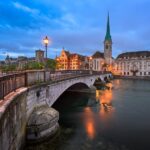 Tips For Touring Switzerland On A Budget