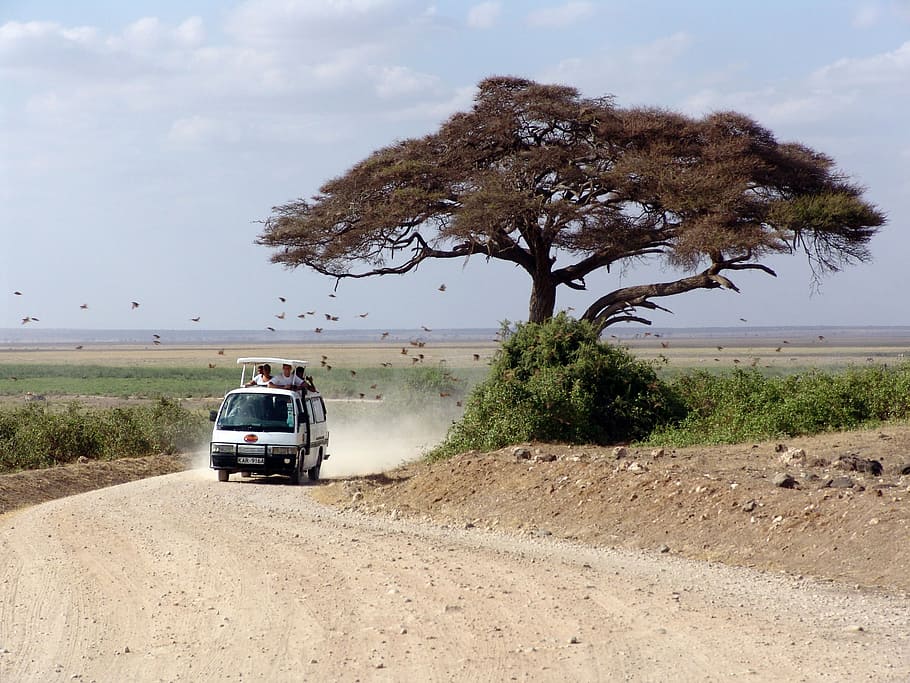 African Safari Animals The Big 5 and The Small 5, Where To Find Them All!

Where to See The Big 5, The Small 5, and Endangered African Safari Animals – Here Where to Find Them All!

African adventures and escapades can take you to a different world; a world full of wilderness views and adrenaline rushes. An African safari is unlike any other experience that you would ever encounter. There are so many rare animals and birds in the African Game Reserves and Parks that one trip may not be enough for you.  Here’s a look at the Big 5 and Small 5 African Safari Animals to spot on your trip.

The famous African animals are called the Big Five. You may not be as familiar with a list of five small African animals that are fascinating lesser-known creatures. If you are planning a trip to African Game reserves, then you should know about the Big 5 and Small 5. If you are aware of the species, spotting them might become easier for you.

The Big 5 of African Safari Animals 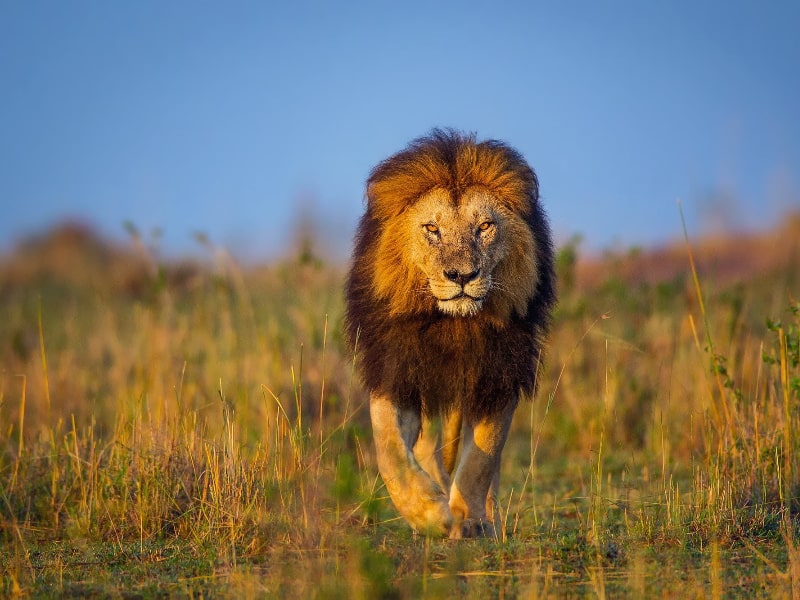 After Tiger, Lion is the second-largest animal. Lions hunt during the day and are typically active during the night. They are social animals who live in pride. Lions are a common sight in Kenya and Tanzania Game Reserves. Typically, the female lions do hunting and child-rearing. 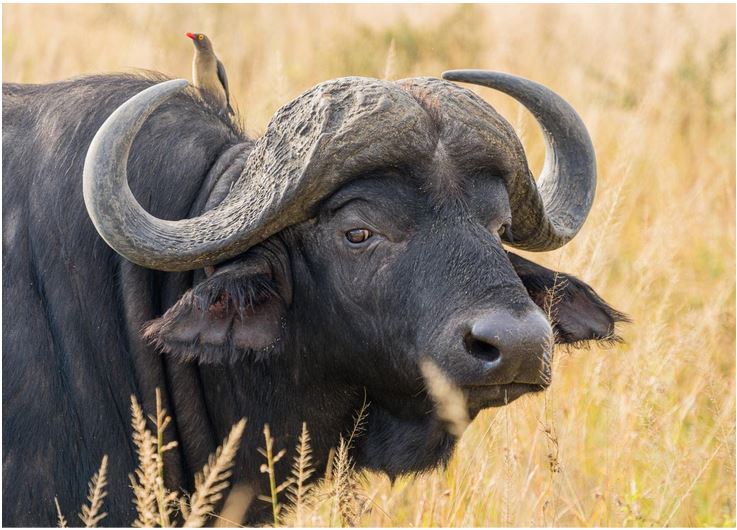 African buffalo is also known as Cape Buffalo. It is considered as one of the most dangerous species of African animals. They can be spotted in and around water-rich national parks and reserves.

African buffaloes normally congregate on open grasslands. Despite their stern repute, they are peaceful with one another. You’ll be able to spot African Buffaloes in The Maasai Mara (Kenya), Kruger National Park (South Africa), Lower Zambezi National Park (Zambia), and Chobe National Park in Botswana. 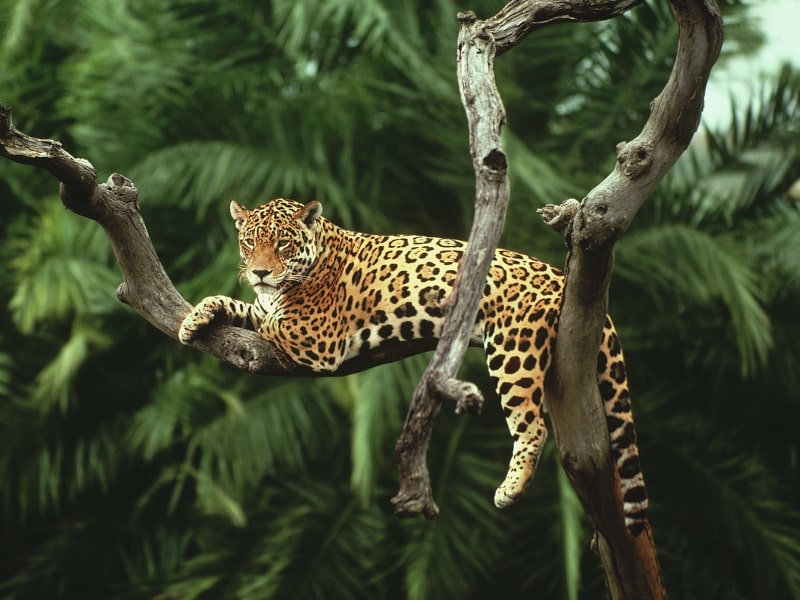 Leopard is the most beautiful and elusive of the Big five. A Leopard is known to be a nocturnal hunter with a naturally shy personality. Leopards are excellent climbers and use trees to scan for their prey.

A Leopard can run at a speed of 35 miles per hour. It is often difficult to spot a Leopard on a safari tour. Leopards are distributed throughout the sub-Saharan African region. You’ll be able to spot a Leopard in South Luangwa National Park (Zambia), The Serengeti in Tanzania, Maasai Mara in Kenya, and Moremi Game Reserve in Botswana. 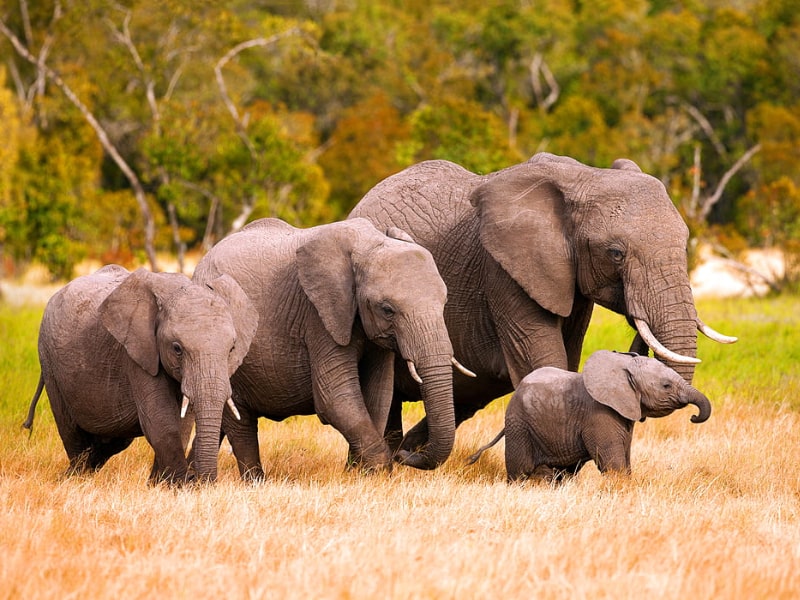 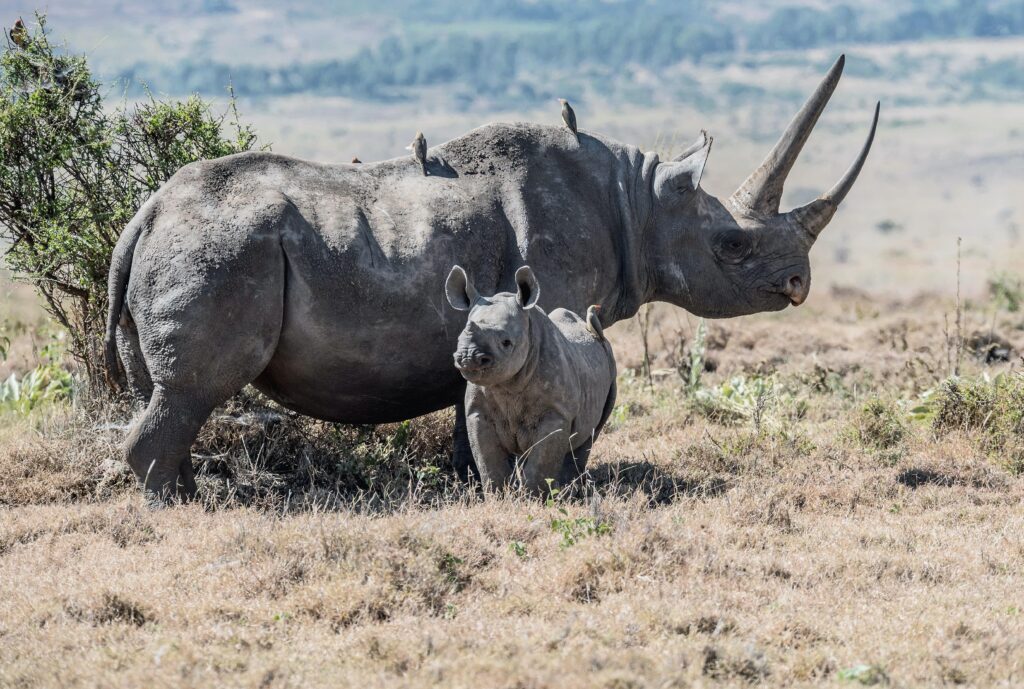 The Black Rhino is the rarest of the Big five animals. Due to its low numbers, Rhinos can be difficult to spot on a safari tour. A subspecies of Black Rhino has already been declared as extinct. 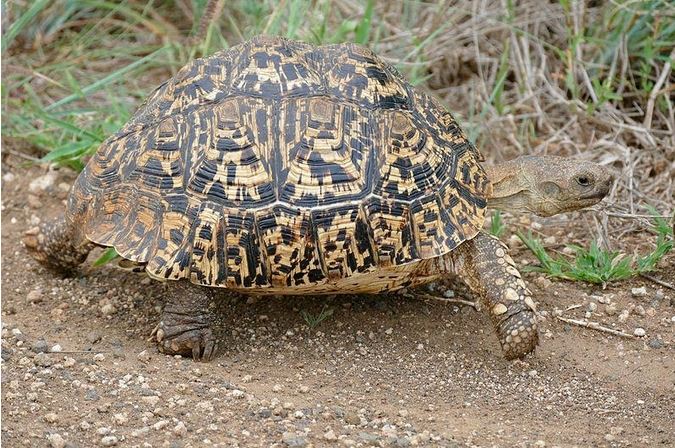 Leopard tortoises are found in the semi-arid areas and scrublands. They have a gold and black marking that resembles a Leopard. They normally graze on dry grass and seek shelter from the extreme weather in the abandoned burrows of other animals. Leopard tortoises are solitary and are often spotted on quiet stretches of road.

You’ll be able to spot Leopard Tortoise in the savannas of Africa mainly from Sudan to Southern Cape. You won’t be able to spot this species easily in the southwest Cape.

It is probably the cutest looking small animals of the small five. It resembles a small mouse, but its nose is longer. Its tail is also longer than the head and body, so it makes an unusual rare spotting. The elephant shrew is an insect-eating mammal. They are shy by nature and are exceptionally quick with a speed of 17 MPH/28KMPH. Its trunk is flexible and can be twisted as well.

You’ll be able to spot Elephant Shrew in the southern African region. They are distributed near the desert areas and dense woodland. 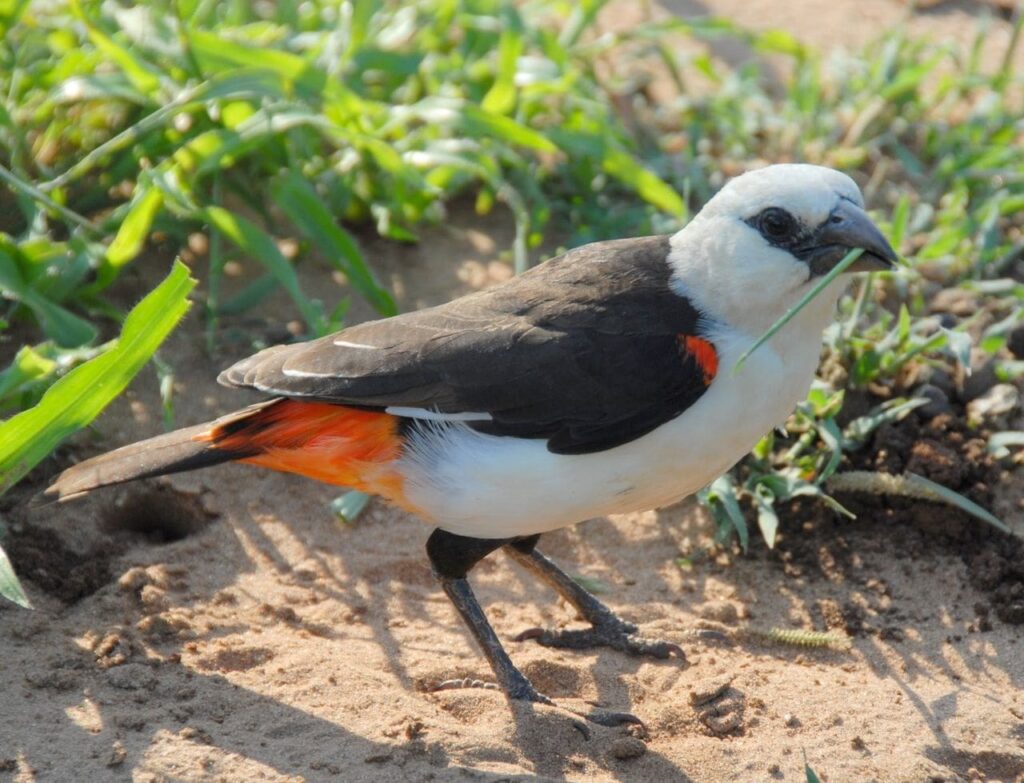 You’ll be able to spot a buffalo weaver bird in East African countries like Tanzania and Kenya. 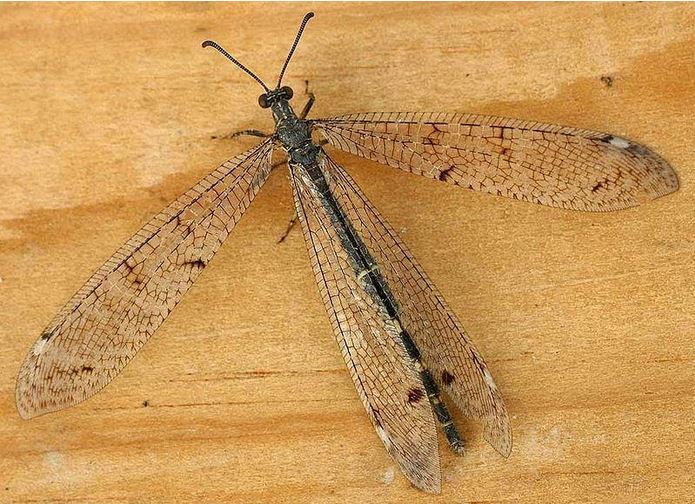 Being the smallest of the small 5, Antlion cannot be so easily spotted. Antlion mostly lives underground and resembles a dragonfly. More than 2000 different Antlion species are found all over the world. Most species dig crater shaped traps in mud when they need to catch their prey.

You’ll be able to spot Antlion in the North African region, mostly around the river banks and dunes. 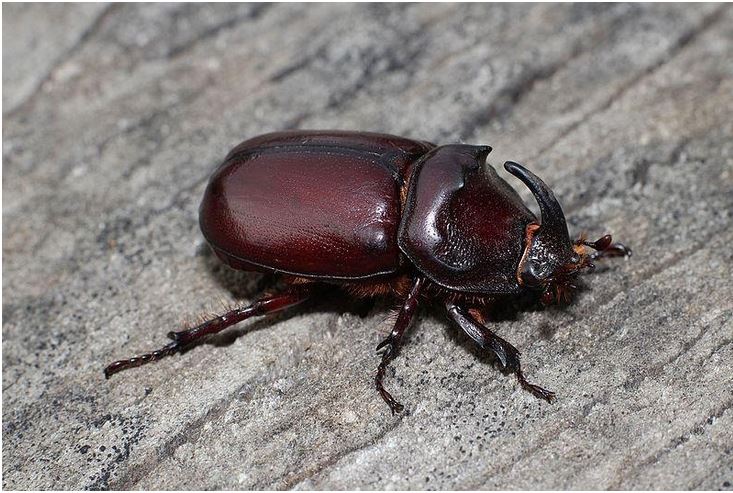 There are more than 60 different species of Rhino Beetles found in Africa. They belong to the Scarab beetle family. As it has large horns similar to Rhino, its called Rhino beetle. Rhino Beetles can lift up to 850 times their weight.

You’ll be able to spot Rhino beetle in the southern part of Africa, and they can be actively spotted during the night as they are inactive in daylight.

There is a large percentage of endangered animals in Africa, most of which are caused by human involvement, deforestation, or global warming. Some of the endangered species in Africa are African wild dog, Pangolin, Ethiopian wolves, and Addax.

For a first time visitor, it may be tough to spot the small five animals compared to the big five animals. But, if you are lucky, you can spot all of the above in different African Game Reserves. However, the spotting of the big 5 will give you a different kind of high and adventure. So, plan your African safari tour well in advance and pick the best time (season) for your visit. 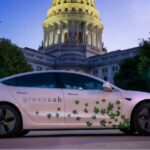 Why You Should Consider Choosing Calgary Cab Companies 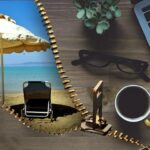