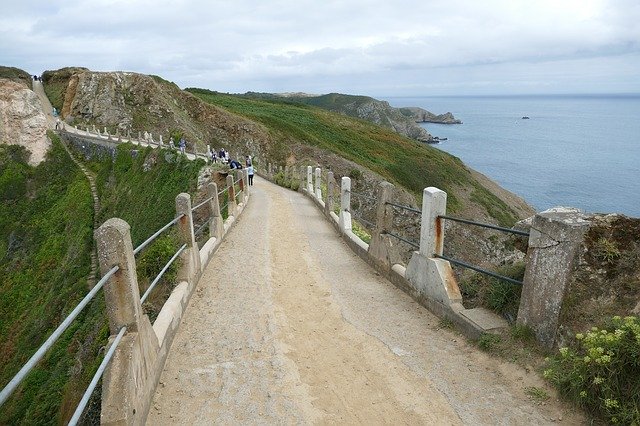 Secret Island Gems Around The UK, Well Worth Discovering

Discover the Best Offshore Islands Around the UK

Who doesn’t enjoy an island holiday trip? But let’s be honest, it’s hard to find an island that doesn’t involve long flights, is not crowded or too polished to enjoy the natural beauty. If you are looking for an island destination for your next getaway, this article will make it easier for you to choose one.  It’s time to discover island getaway destinations around the UK.

Sark is one of the smallest islands near England, with a population of about 500. If you are looking for some peaceful moments away from all the city lights, Sark island will go.

Sark is known for its unique raw beauty. Its high cliffs and fast-moving water around rocks create a mesmerizing scene that makes it a fantastic escape. However, Sark doesn’t have an airport. So the only way to get to the island is through its waterways – making Sark an excellent destination for taking your boat out.

Saint Martin’s ranks in one of the best sea beaches in the world. It is a tiny little land with a population of 100 on the north-east side of Scilly. It feels very remote and soothing. Many people visit Saint Martin’s for therapeutic benefits as well. 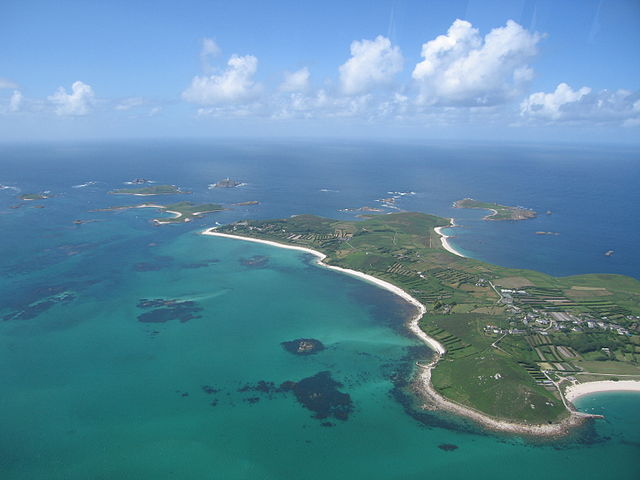 There are magnificent views and beaches across this island. The soil here is very light and sandy, which makes it ideal for many rare flowers to grow. Many people love the pristine beaches and hidden coves on St. Martin’s.  The beaches here are unpolished and uncrowded; the water is very clear and shallow, making it the ultimate beach holiday destination.

You can either fly to Saint Martin’s, ferry or sail from Saint Mary’s harbor. The best option is to take a boat because generally, the water is very gentle. So the delightful weather and clear water will make your experience even memorable.

To make this the ultimate luxury trip, sail your boat to Saint Martin’s. This will give you the freedom and remove the stress of catching the ferry on time. It’s not that hard to get hold of boats now. You can easily find many boats for sale online.

If you wish to escape from the stresses of modern urban life and lose yourself in the unfiltered raw nature, then Coll island in Scotland is the place for you. This small Scottish island has remained hidden from tourism and rich in nature throughout these years – thus, it remains untouched by modern civilizations. 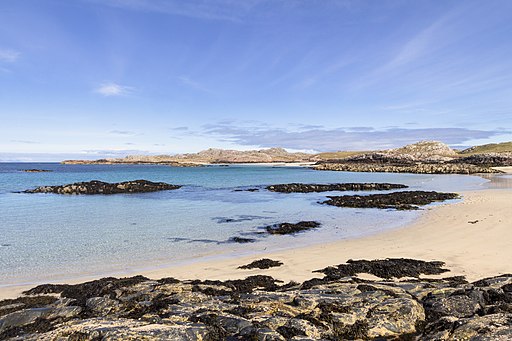 One thing to keep in mind is that you won’t get all the modern facilities here because it was not discovered very long ago. They don’t have a tourism industry. It has a few main roads, a hotel, a cafe, public toilets, and some ferries – making it idyllic.

Instead of modern facilities, you’ll get population free fresh air, crystal clear water, quite big skies, and undisturbed raw wildlife when you are at coll. Sailing to coll will also allow you to watch dolphins and sharks undisturbed in their best form.

Mull is the fourth largest Scottish island. It might be fourth when it comes to landmass, but it is the most famous island among the tourists. It is rich in wildlife and culture. It is one of the few places where you can still hear people speaking Gaelic. You can get to see rare species of penguins, puffins, and seagulls. 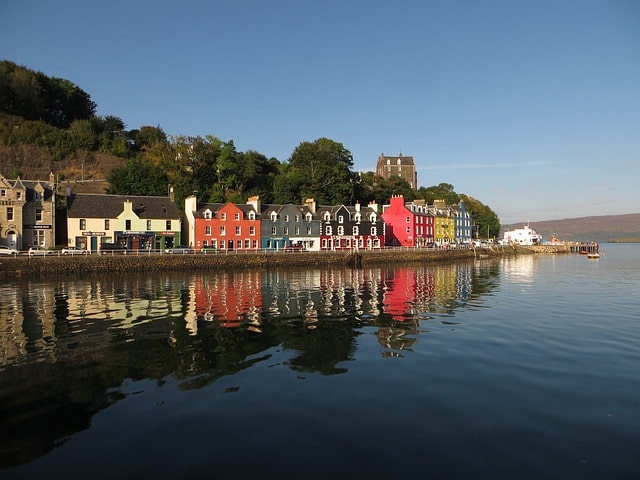 You can experience some good food as well. Mull is known for its cheddar. The cheddar made here is distinctive and loved worldwide. You can also get a chance to see it being made in front of your eyes.  You can reach Mull by taking one of the ferries from the mainland. It’s a 45-minute ride.

Brownsea Island is the largest island in the Poole harbor on England’s south coast. This island is gloriously rich in wildlife. You can find one of the rarest species like red squirrels and sika deers. 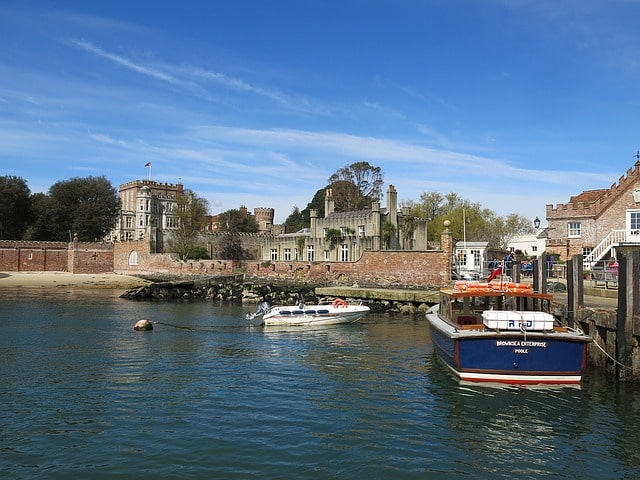 The island is built on bare sand and mud deposits, making it ideal for rich greenery and rare flowers. If you are a fan of bird watching, this island can get you a glimpse of many rare birds. Brownsea island even has a small population of peacocks that are displayed to the visitors.

Cape Clear Island is locally known as Cléire. It is located on the south-west coast of Ireland with a population of 100 people, and they officially speak Irish Gaelic. The island is divided into two halves making the south harbor the seaward side. The south harbor is more popular for yachts and pleasure boats. 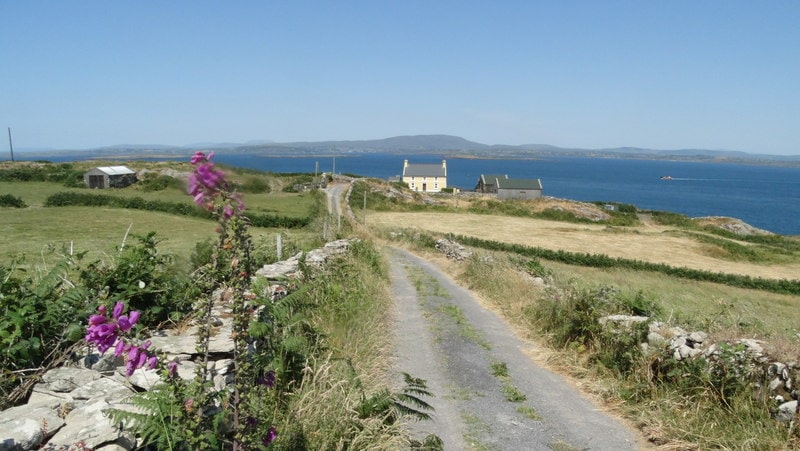 Many people choose cape clear as their summer holiday destination, so it’s a bit less isolated than some. Every year, the first weekend of September, the island hosts an international storytelling festival. You can visit around that time to know better about their culture and language.

Jersey is the largest of England’s famed channel islands (located in the English Channel). Situated just off the coast of Normandy, France, it is a part of the United Kingdom, but as you might expect, shares many of the cultures of both France and England.  This is a destination where you can get it all.  The best part is, this island doesn’t take much time to explore. 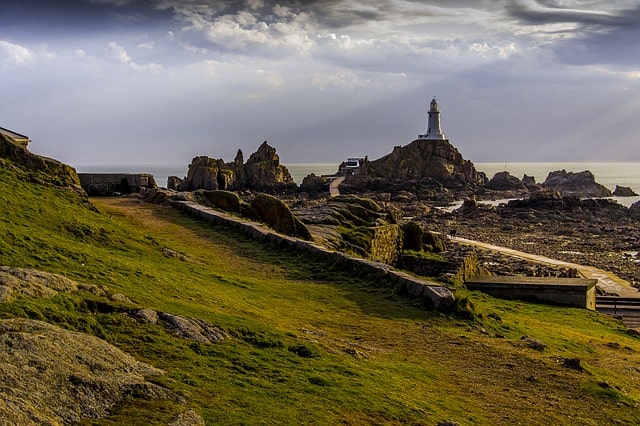 Most islands give you a chance to experience good seafood, but Jersey is mostly known for its fantastic food. Not just food, you can get to experience their cinema, music, and many exciting outdoor events as well. Because they have a mix of French and English influence, their music and cinema can be refreshing.

Unlike many other islands, Jersey has many modern facilities. Reaching Jersey is convenient as many airlines have direct routes to Jersey from the mainland.

The Isle of Man is very popular for its unique location. The island sits just between England, Ireland, Scotland, and Wales – making it easily accessible by people from all of those regions. 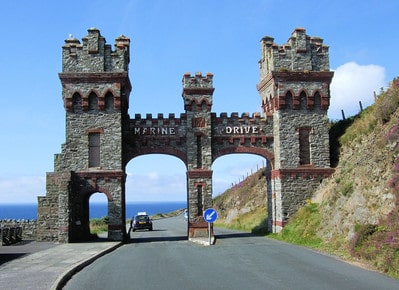 UNESCO has awarded the Isle of Man its biosphere status because of the diversity of natural habitats. It is home to many man-made wonders as well. You can get a glimpse of the Victorian era on this island. Many examples of Victorian architecture are still present.

You can reach here by sea or by air. Ferries take two to four hours, and planes take twenty minutes from Liverpool.

Visiting an island on your boat is a fantastic experience. It is undoubtedly the best holiday plan. Whichever island you may choose, the most important thing is enjoying yourself to the fullest and staying safe. 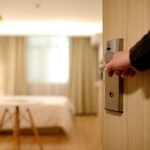 6 Practical Tips To Save Money on Your Next Hotel Stay 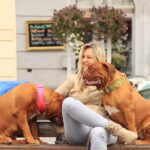