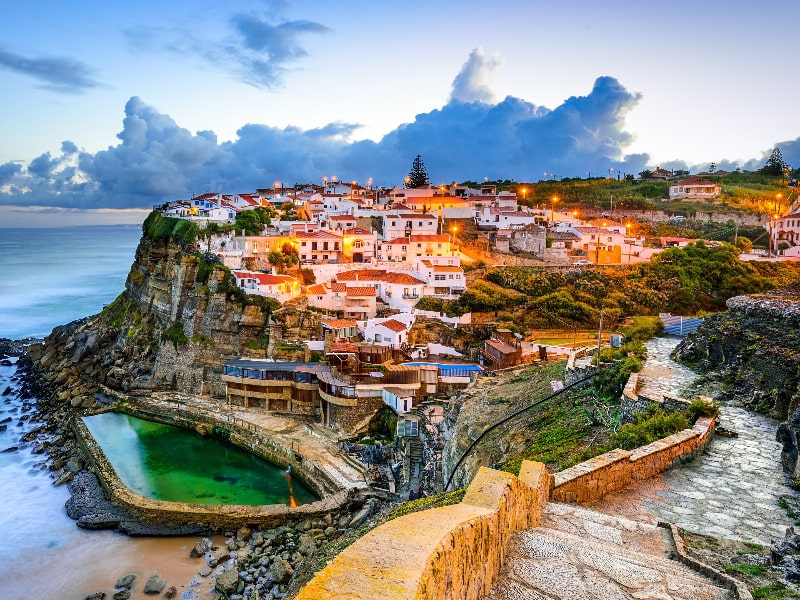 Guide To The Gems of Portugal – 10 Best Areas To Visit

Portugal is one of Europe’s most popular travel destinations with thousands of sunseekers streaming in for its sun-splashed towns and beaches.   Couple this with affordable prices, friendly people, and centuries of culture and traditions and you have an ideal travel destination.  Portugal is located on the Iberian Peninsula, bordered by Spain to the east and north, and a beautiful coastline facing the Atlantic Ocean to the west and south. With architectural designs dating back centuries, beautiful works of tile, and a countryside dotted with vineyards and olive trees, the country has a lot to offer every traveler.  With so much to consider, here’s our guide to the best sightseeing areas for travelers visiting Portugal. 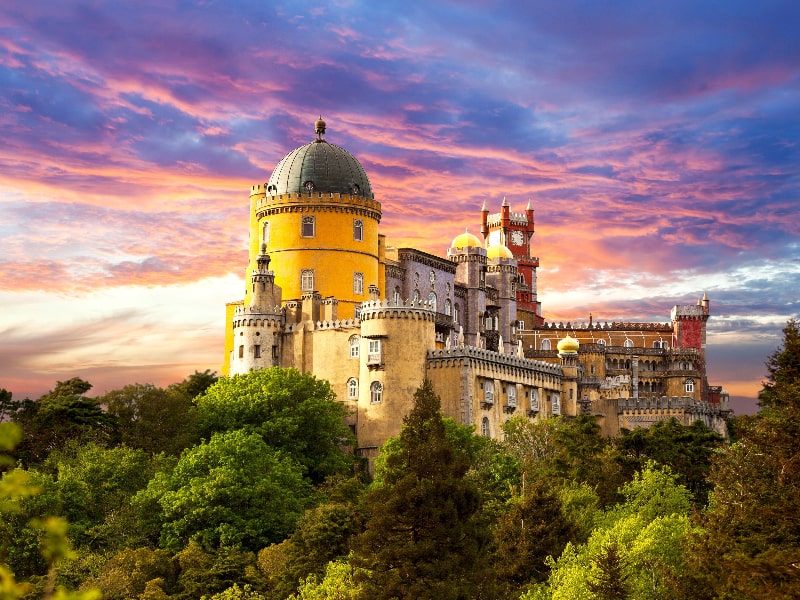 This leafy town is perched on the pine-covered mountain ranges on the western border with Spain.  Sintra is a designated World Heritage and UNESCO site as it boasts some of the premier romantic architecture in Europe.  From the finest early palaces to lavish mansions and gardens, Sintra makes a wonderful day trip from Lisbon.   Top attractions include the National Palace, the hilltop antique Castle of the Moors, and the colorful Pena Palace.  Be sure to spend time wandering the quaint narrow streets old town Sintra Velha. From a distance, one can notice the beautiful and the enormous conical chimneys, a characteristic that makes it stand out as one of the most amazing and inviting sites. There is a unique theme that the many-floored buildings possess because of their regal furnishings. 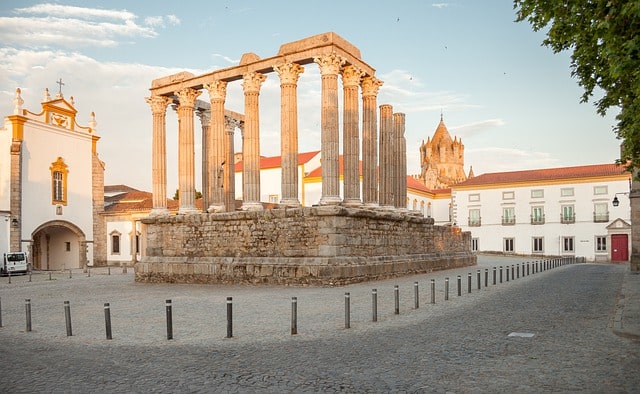 The rich history of this special place is said to have lasted over five millennia and is associated with ancient Roman times. The area had yet another milestone when the Portuguese kings resided here in the 15th century, a time when it attained its golden age. To date, it is a perfect golden age city following the 1955 earthquake destruction. In the middle of the historic town stands the Roman Temple of Évora. This prominent landmark is supplemented by the presence of the Church of the Lóios and the Cathedral of Evora. Therefore, the place has both Islamic and Christian heritage. While the latter can be seen in the cathedral’s construction following a Christian conquest, its maze of alleys and narrow lanes are urban designs that are typical of the Islamic religion. The sunbaked Alentejo province in southern Portugal gives Évora a serene location. Most people wish to have been present when the town started to advance, under the rule of Moorish. This place joins in the pool of the Portugal UNESCO sites. Some of the famous cities bordering Évora include:

The Island of Madeira is a favored vacation destination for European travelers.  While there the Laurisilva Madeira should not be missed.  Occupying the north and central portions of the island, this is the largest remaining expanse of primeval laurel forest remaining in the world.  It’s origins dates back to the time when dinosaurs roamed the earth and it has somehow survived until today.  Here, the uniqueness is that this vegetation type is currently restricted to the Azores, Canary of Islands, and Madeira. The beautiful forests display an intact ecosystem, vast ecological niches, playing a crucial role in maintaining the Island of Madeira’s hydrological balance. If you are looking forward to visiting a place that is a perfect home to biodiversity, then Laurisilva of Madeira is your destination. 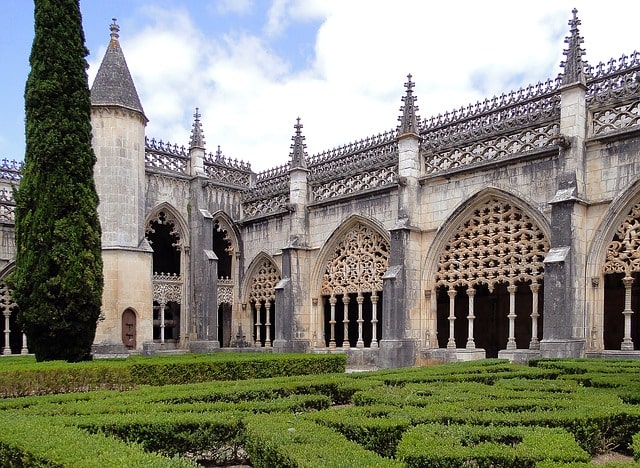 In 1385 at the Aljubarrota battle, Portuguese emerged victorious over the Castilians. Consequently, the Monastery of Batalha was established as a commemoration of thanksgiving to the Virgin Mary, following the win. It still stands out as a significant Portuguese architecture example that relates to the Late Gothic period. People attribute its design to Master Huguet, a renowned English architect whose great works are admired to date. The chapel’s floor plan consists of a large outer square within which an octagonal space is inscribed. The 8-point star-shaped lantern crowns the ceiling. The chapel’s center crowns it with the old tombs of Dom João I and the Lancaster Queen Philippa, his wife. Monastery of Batalha joins the Covenant of Christ and Alcobaca to form a vital monastic triangle in the Portuguese center through the infamous World Heritage Portuguese Monasteries. Indeed, this is a must-visit site to see in Portugal. 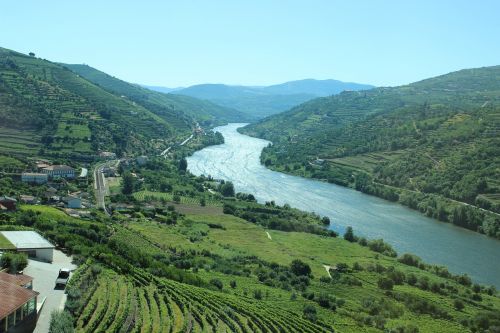 This region boasts the vineyards and production of the traditional wines of Portugal, commonly referred to as the Alto Douro Wine. The practice is said to have been in continuous operation for about 2,000 years. The famed port wine is harvested around the River Douro and its tributaries. The quality of wine from here has withstood the test of time, remaining world-famous from the 18th century. The outstanding beauty of the region and long tradition of viticulture that supports its wine production is a reflection of the socioeconomic and technological evolution in Portugal. The Montemuro and Marão mountains lay in a manner that shields the broader mountain landscape from the harsh Atlantic winds. River Douro’s notable tributaries include:

University of Coimbra – Alta and Sofia

The University of Coimbra is the country’s oldest learning institution founded by King Dinis in 1290. For this reason, UNESCO has acknowledged it as a World Heritage Site, making it one of the top-rated attractions in Portugal. Paço das Escolas features a beautiful colonnaded central square surrounding the old university. A former royal residence sits on the university’s wings of Alta and Sofia. The duo offers visitors amazing features that include the distinguished Biblioteca Joanina, a 1717 installed library that was established King João V. A. Additionally, there is Capela de São Miguel, which was uniquely ornamented during the 16th century. Is that all? Not quite. Visiting the University of Coimbra gives you the chance to climb the embellished 18th century clock tower that gives you the complete view of Coimbra city.  These features combine to provide the entire town a look that every person would not wish to miss seeing in their lifetime. 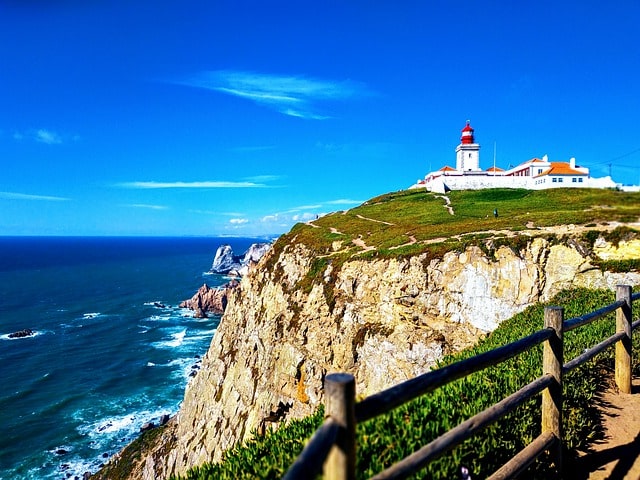 Cabo Roca is Europe’s most westerly point with rugged, wild headland characteristics. Initially, people believed that this was the edge of the world with its rocky edges, barren lands, and windswept cliffs.  The environment in this place has an untamed and remote atmosphere. The area’s limited development helps to promote Cabo Roca’s isolated ambiance. For example, you will only notice a gift and coffee shop and a lighthouse. For that tourist looking for absolute raw beauty from the environment, this a destination for you.  The particularly dramatic landscape that characterizes this site could just thrill you and arouse your emotions. Indeed, many visitors will find this area more congested as it has recently gained attention compared to earlier times. 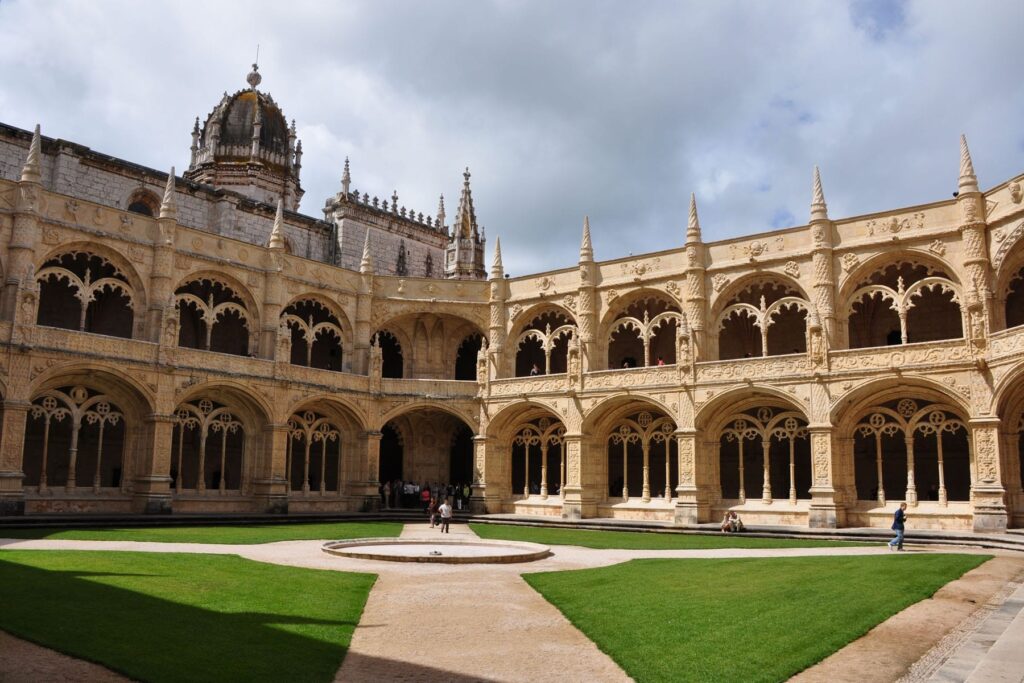 This attraction shares the same similarities as the Golden Age of Discovery. The historic monastery on the shores of Lisbon’s suburbs welcomed navigators in the 15th and 16th centuries who were looking for refuge from storms and rough seas here as they sought crossings into new territories. For instance, Vasco da Gama, a mariner, discovered the sea route that could lead to India in 1498. To honor the achievement, a monument was commissioned by King Manuel I. To date, the symbol is used to imply a mark of an era of the country’s conquest and expansion. The Mosteiro dos Jerónimos is a cherished building that each of the country’s visitors should put on top of their tour agenda. Further, there is a breathtaking decoration of Manueline architecture, a reflection of fine art and old age spirit of the monastery and the church within this envied place. Most importantly, the church houses specific national figures and Vasco da Gama’s tomb, personalities who are universally known as being part of the world’s history.

If you ever wondered where the country’s longest bridge is, it could surprise you that 25 de Abril Bridge is the most extended suspension bridge in Europe and beyond. It initially had one level, designated for cars only. However, there was a significant development in 1999, when another level was added to accommodate trains. The original facility took almost four years to build and was officially inaugurated in 1966. At the time, the dictatorship of António de Oliveira Salazar was ongoing in Portugal, influencing its naming as Salazar Bridge. The bridge presents an even more overwhelming sense of history, given its change of name, following the overturning of António de Oliveira Salazar during the Carnation Revolution in 1974. Consequently, the bridge was named ‘25th of April’, the exact date the revolution took place. The exciting story surrounding this famous bridge made it an endowed Portugal site where people travel long distances to see.

Town of Angra do Heroismo in the Azores 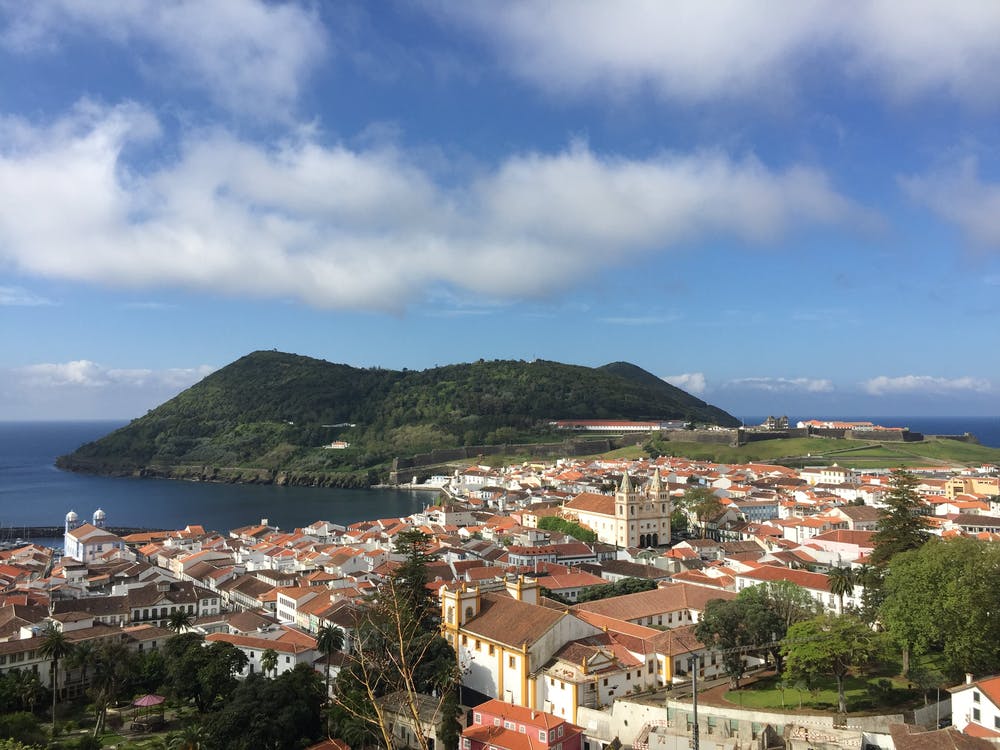 The Azores are an archipelago of beautiful islands located in the Atlantic Ocean off the coast of Portugal.  Angra do Heroismo sits on Terceira island in the Azores. As of the 15th century, the port served ships of the East India trade routes as well as exploration voyages.  The temperate climate of the Azores and rich fishing grounds provided ample provisioning supplies for ships departing on long voyages.  The 400-year-old fortifications of San João Baptista and San Sebastião are a few of its most well-known building icons of military architecture. The port of Angra has paid an important part in the history of the world’s civilization, having played a critical role in allowing trade exchanges and naval exploration. A series of hills protect two natural basins of Angra. Heroísmo’s people argue that the sequence of hills symbolizes an urban model of adaptation to specific climatic conditions, initially designed with the prevailing winds in mind. These features, among others, make this Portugal UNESCO site a place to visit.

Portugal remains one of the world’s most congenial countries that has the most outstanding historical places to visit.

***************************
About The Author:  Leon Edmunds began work in 2006. Since then, he has tried his hand at SEO and team communication management. He also writes for blogs and works as an academic writer at Edu Jungles, a professional essay writing service. His main interests are content marketing, communication skills development and blogging. Every day he is looking for new ideas to help people achieve their career goals. His team is working as one ideal vehicle. 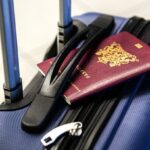 Guide For Travel Documents During The Era of COVID-19 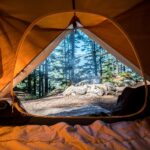