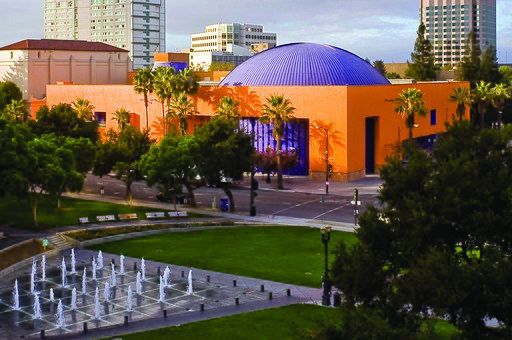 Silicon Valley Landmarks You Must Visit

You have just landed at the San Francisco International Airport and are ready to go meet your clients for a business meeting, or perhaps you are here for a day trip. What you do not know is that near the southern part of San Francisco Bay Area in Northern California, the place known as Silicon Valley has a ton of interesting attractions waiting for you. Since 1971, this area has been considered as a global center for innovative technological companies. According to popular belief, the Silicon Valley got its name because many computer chips that are manufactured today use sand, aka silicon as their first ingredient.  Let’s take a quick look at some of the best places to visit when in Silicon Valley.

According to an article by Levi Pulkkinen , Silicon Valley produces an economic output of over $275 billion as per the Federal Bureau of Economic Analysis. It wasn’t long before research parks and technological centers opened; however, the valley has its own kind of beauty that makes it a popular tourist destination. 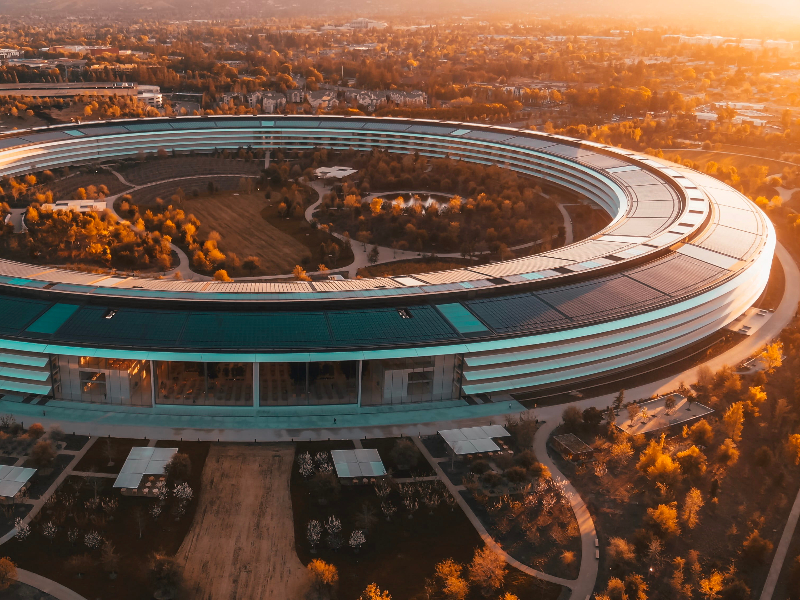 Located at One Apple Park Way in Cupertino, California, the headquarters of Apple Inc. has a neo-futurism architectural style. Known as the Apple Park, it offers various research and development facilities occupied by more than 12,000 employees. Its grandeur and peculiar shape have given the place a nickname from the media known as the ‘spaceship’. With four floors and a floor area of 260,000 square meters, the facility occupies a space of more than 175 acres or 71 hectares. For visitors, they have a unique space allocated at the Apple Park. Here you can find a visitor center, shop for items, and explore the area as well as even attend ‘Today at Apple’ sessions.

For over 30 years, Buck’s Woodside has served as a popular destination and restaurant for many venture capitalists and tech entrepreneurs of our times. Even after all this time the place still looks weird, with artifacts and structures placed here and there. The owner of the site Jamis MacNiven is known for his outlandish stories, and all of this does add to the flavor and ambiance of the venue. There is a kid’s menu as well if you are traveling with them. Specialties at the diner include fiery boneless chicken wings, Impossible Burger, and the Beyond Meat Burger. There is a lobster mini tostada, Buck’s soft tacos, grilled medallion of salmon, and the list goes on.

A favorite amongst the locals for its Chinese food staples along with specialty dishes from Chef Chu himself, its popularity hasn’t dwindled since it opened the doors to customers back in 1970. Located at N San Antonio Rd, Los Altos, California, Chef Chu’s has become known worldwide for its innovative and tempting cuisine. There is a deliciously creative menu along with a culinary philosophy at work that will instantly sway you off your feet. Signature dishes include Classic Beijing Duck, Steamed Chilean Sea bass, Pan-Seared Rack of Lamb with Lemongrass, and Fresh Basil-Garlic Chicken, to name a few. A lot of celebrities and famous personalities have also visited the venue, including Justin Bieber, Serena Williams, Margaret Thatcher, Jimmy Carter, and Jaden Smith, to name a few. 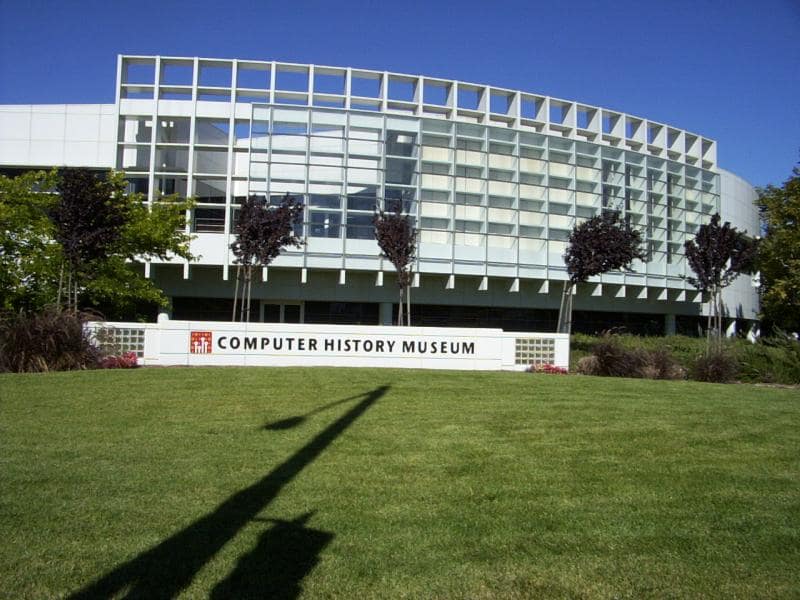 Wikimedia Commons by: By Dzou

Established in 1996, the Computer History Museum is located at Mountain View, California. The place is dedicated to the impact and the revolution of computing developments on society and offers various exhibitions devoted to the age of information technology. There is free parking along with a nice small café and a gift shop for visitors. Highlights include an exhibit called the ‘Revolution’ that takes nearly 25,000 square feet of space, containing over 20 galleries covering the history of computers. Many rare and one of a kind objects are also on display. The collection in total has over 90,000 items to fill your hearts and senses.

Considered as the Birthplace of Silicon Valley, the HP Garage is a private museum located at 367 Addison Avenue in Palo Alto, California. Renowned names that have stayed at the venue include HP founders William Hewlett and David Packard in the 1930s. The place has since then been designated as a California Historical Landmark. Visitors, however, are not provided public tours. One can simply view the property by simply walking down the sidewalk or going through the driveway. The fable goes that Packard and Hewlett used the one-car garage as the base of their operation with only $538 as capital. The first product they made was the HP200A that was an audio oscillator. 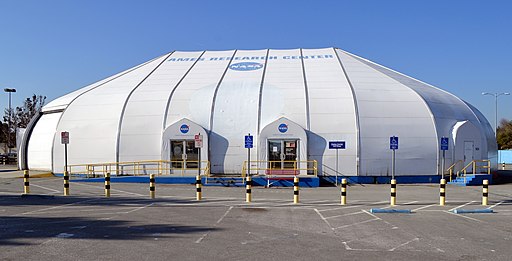 A major NASA research facility located in the heart of the valley, it was founded in 1939 to conduct wind-tunnel research on the aerodynamics of propeller-driven aircraft. The research center has played an essential role in many NASA missions and provides leadership in the study of life in the universe known as Astrobiology. The facility is also open to new job opportunities and requirements. For visitors, there is a gift shop where tourists can buy unique items as well as official NASA gear. Plus there is a wide range of on-going exhibits to enthrall audiences along with community events, conventions, and much more.

The quicksilver mine in Santa Clara County, California is the oldest and most productive of its kind in the entire country. You can visit the mine throughout the year except for Christmas, Thanksgiving Day, and New Year’s Day. Admission per person is $2, which is a donation the management takes for the renovation and upkeep of the place. Informal tours can be offered to groups on the regular however for more detailed and exclusive tours, bookings and reservations have to be made beforehand. There are various exhibits on display that showcase the lifestyles of mining communities residing in New Almaden. 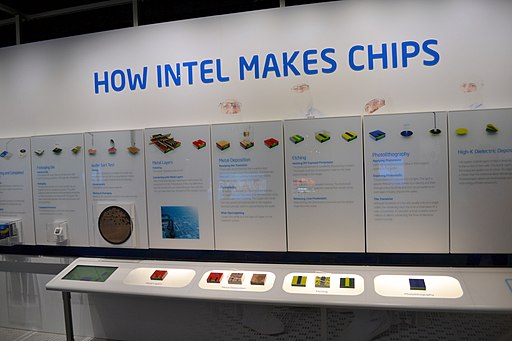 Take a journey through decades of innovation. The Intel Museum is part of the company’s headquarters in Santa Clara, California. There are various exhibits for visitors to look at that tell the tales of Intel’s products and their history, including the semiconductor technology. The Museum has been established since the early 1980s. However, it was opened to the public by 1992. There are a lot of special events that are held at the venue. Hence if you decide to pay a visit to this place, then making a call before can come in handy. The Museum itself covers a space of 10,000 square feet that are sure to delight anyone, including people from all age groups.

The Tech Museum of Innovation

This science and technology center in San Jose, California, is not only a popular tourist destination but also offers project-based learning for young and aspiring minds of tomorrow. The facility is dedicated to the next generation of science and developments that are committed to solving real-world problems. The building has a distinct mango and azure color, with three floors that include the Tech Store, The Tech Café, and the IMAX Dome Theater. There is also a multi-story complex called the Origin that showcases artwork portraying the relationship between art, natural resources of the earth, and technology. The Tech is a registered nonprofit organization that depends on public attendance for revenue. 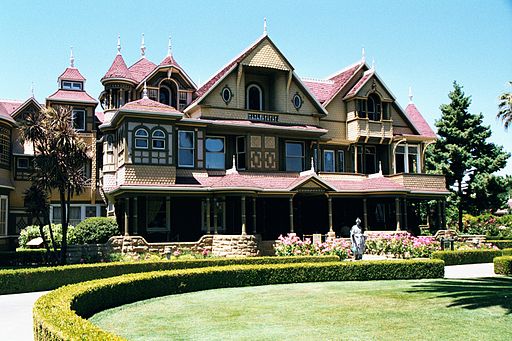 If you are of the type that likes to visit spooky places and have chills running down your spine, then this mansion in San Jose is definitely the spot to quench your cravings. The Winchester Mystery House was once the personal residence of a widow of a powerful business magnate and is quite frankly breathtaking to behold. Glamorously decorated, the property itself stands out defiantly from its nearby surroundings, instantly capturing the attention of onlookers and passersby. Tours are available, and you can also book the venue for your own special events. Complimentary parking is made available for guests, and there is also an exclusive store to get all kinds of goodies.

Silicon Valley is home to more than 2,000 tech companies and serves as the US center for innovation and technology. Many of the enterprises working there are leaders within their industries, and the ranges of companies operating there include software houses, social media owners, and internet service providers. The place is bursting with cultural diversity as top engineers from all around the world can be found chasing after the future of mankind. As such, it is quite a remarkable place to visit at least once in your lifetime.

*********************************************
About The Author:  John William currently works as a Business Development Officer at Crowd Writer as well as Trainer at First Class Dissertation, where students can avail essay writing service from professionals. John loves to read and write. In his free time, he likes to spend quality time with his family, friends, and loved ones. 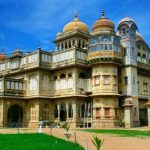 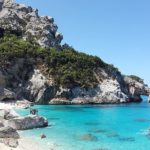