Georgia is a former Soviet country, located alongside the Black Sea between Russia and Turkey. Georgia landmarks might even take your breath for a moment. Georgia is home to green valleys and mountains dotted with churches and monasteries. With its rich culture and history, it definitely has something to impress you with or at least not leave you disappointed with the visit. Here are the top three truly historical places you should discover for yourself.

Vardzia – a Place to Hide From the World

One of the most famous sites is Vardzia, a cave monastery on Erusteli Mountain dating to the 12th century. Once you arrive at the site, you will acknowledge how surreal the place is. The history of this human-carved place starts in the Bronze age thousands of years ago and the actual caves were carved in the twelfth century and served as a monastery.

The building process was started by a man and continued by his daughter. It was planned to have thirteen floors in total with 600 rooms. Early Georgian people made those caves in order to hide from the foreign invaders, who were taking over the continent. The only reason we can see those caves from the outside is an earthquake that ruined the front walls and opened this magical place to the world.

There are a lot of frescos all over the walls and ceilings in the monastery. The place is well-equipped with rock patches and metal stairs for convenient moving between the caves. The most exciting thing about it is that you can feel like a true discoverer. You enter a tiny entrance and discover a whole tunnel system right beside the monastery. Follow narrow paths and you will find out how does it feel to live in the cave to save your life.

Gergeti Trinity Church – In the Heart Of the Mountains 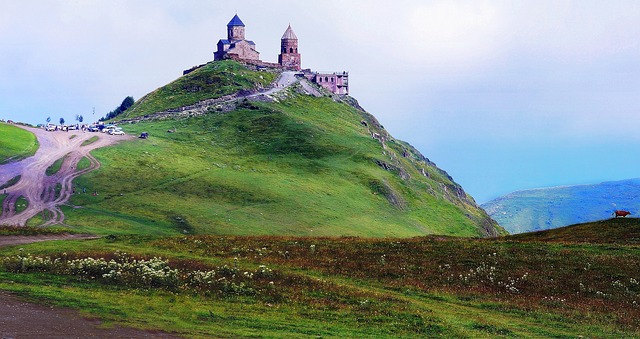 The iconic 14th-century Gergeti Trinity Church is located in the foothills of Mount Kazbek. The church is situated at an altitude of 2170 m above the sea level. It is surrounded by mountain peaks, and the tranquillity of this ancient building has been guarded by the mighty giant Kazbek – a mountain that was once a volcano. The temple is well-preserved with all stone ornaments and paintings being clearly visible on its walls.

There are also a medieval bell tower and some elements of mountain fortifications, which together make up an architectural complex of the shrine. The view which opens from the church is mesmerizing. The temple stands alone among the rocky giants which keep it safe from all the dirtiness and darkness of the outside world.

However, getting here is a whole separate adventure. Some people choose to hike, which, in fact, a great option considering the magnificent landscape that one can overview. By the way, the beauty of this place is mentioned in the poems of such writers as Pushkin, Lermontov, and Chavchavadze. And today this monument of antiquity enjoys well-deserved fame among tourists who seek to absorb the spirit of Georgia history.

The Country of Thousand Towers 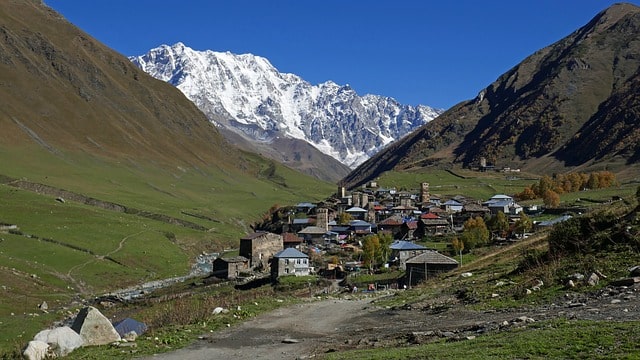 Svaneti is one of the most historical places in Georgia. Even Georgians have a spark in their eyes at the mention of this region. Until recently, it was quite dangerous here. Now the locals claim (and tourists confirm) that the region is very calm: the local government still managed to put it in order and start building tourist infrastructure.

Svaneti is called the Land of the Thousand Towers: medieval churches and fortifications are a UNESCO World Heritage Site. The local fortress towers are a symbol of the power of the family and the greatest attraction for discerning tourists. They were built in the XII-XIII centuries 15-20 m high from river stone near the houses. More than once they withstood mountain avalanches. Many families still live in their old homes on two or three floors: on the first they keep cattle. The locals are mainly engaged in agriculture: they sell meat, cheese, corn, etc. This conglomeration of people, animals, towers, limited space, lack of sewerage, and asphalt automatically transports you back several centuries.

It is a popular hiking spot. Therefore, if you are a keen hiker or are willing to challenge yourself, then Svanestia is exactly what you need if you happened to be in Georgia.

Narikala Fortress – Witness of the Past 15 Centuries 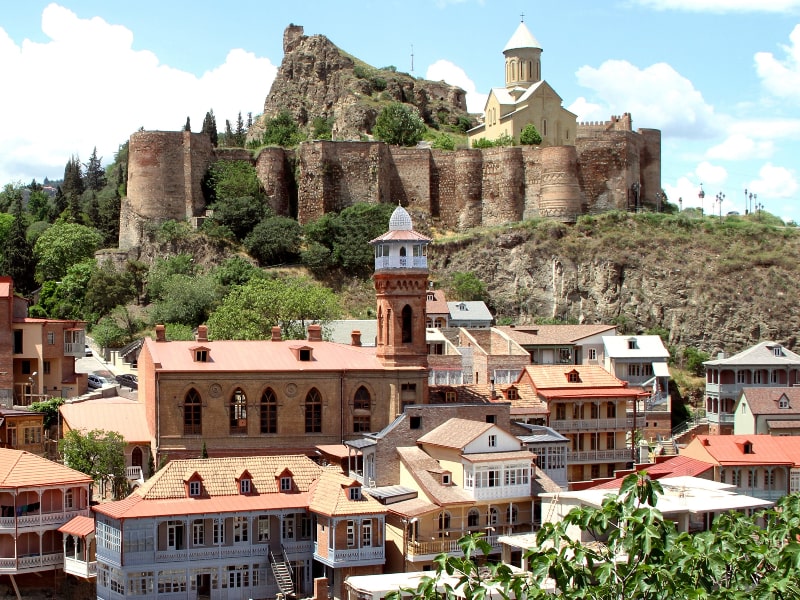 In order to start studying the history of Georgia, it is not necessary to travel far from the central cities. Narikala fortress is located at the highest point of Tbilisi, and very often this attraction becomes the first one that tourists see upon arrival in this city. Its history goes back more than 15 centuries; the fortress was repeatedly destroyed by invaders from abroad. But the greatest damage was caused by the earthquake of 1827.

After that, the fortress was restored only in fragments. However, it still keeps its history, although the events that took place here are quite contradictory and ambiguous. Start your acquaintance with Tbilisi by climbing to this fortress by cable car.

Ananuri Castle is one of the most popular attractions in Georgia, but this does not make it less interesting from a historical point of view. This castle was built in the 12th century. The history of Georgia contains many references to how foreign invaders tried to force Islam, and the local population resisted while continuing to adhere to Orthodoxy. This castle will tell you these stories.

And by the way, swimming in the Zhinvali reservoir will be a pleasant bonus to a historical excursion. And here is another interesting fact! The first Russian tourist whose documentary visit to Ananuri was Alexander Pushkin (1829).

Georgia is an extraordinary place with the most hospitable hosts in the world, delicious cuisine, natural wines, and the blackest sea surrounded by rocks. Altogether, the beautiful aspects of this country can be a perfect addition to your travel history and memory as well. This shortlist offers historical sights from different centuries for the sake of variety, but, in reality, there are so many more places. Because of the Georgian love for building monasteries in caves and mountains,  it is also a perfect place for hiking.

*****************************************
About The Author:  Mary Byrd is a self-driven specialist who currently works in the companies, as Best Writers Online and Online Writers Rating, and enhances her blogging skills. She is not looking for easy ways, she is always developing and looking for new ideas. Professional development is an important part of her life. Marie always improves her skills and her main goal is to inspire people. 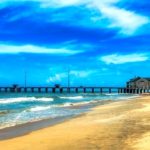 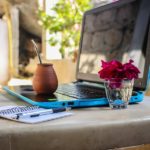