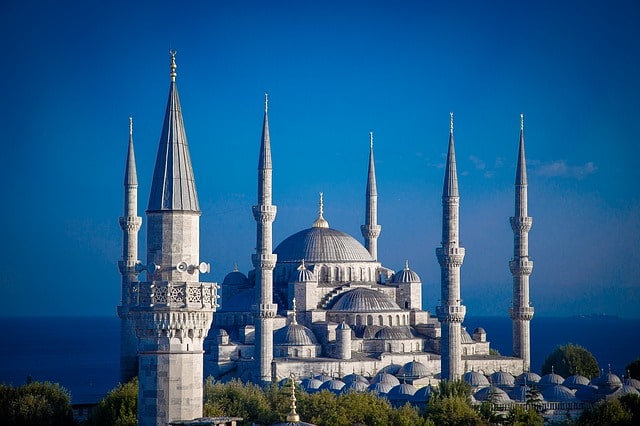 8 Top Sites in Istanbul That Will Make An Amazing Visit

8 Things You Should Definitely Experience When Visiting Istanbul

İstanbul, the city that has connected Asia and Europe for centuries is one of the most culturally rich cities in the world. It offers a variety of interesting activities for its visitors, but in this article, I narrowed it down to 8 top sites in Instabul that you should definitely do during your visit.Whether you visit İstanbul with your family or your friends, there are plenty of things to do for everyone in every season, and it is a perfect dreamscape to enjoy a romantic holiday with a significant other. 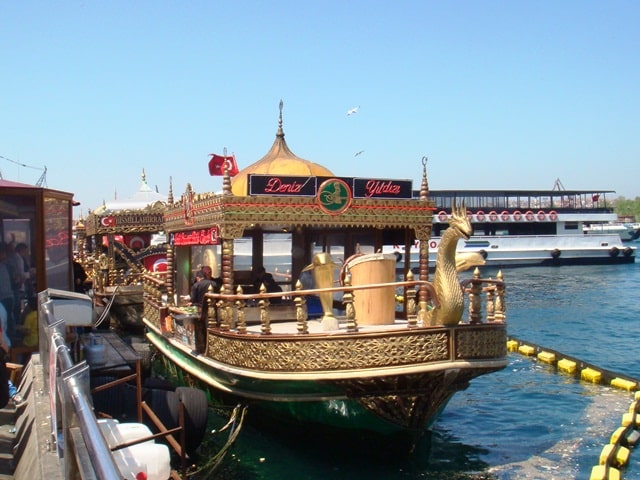 Eminönü is one of the most historic places in the city, the main transportation hub, and a major shopping area.  But one of the secret gems that locals know is that you can eat one of their popular grilled fish sandwiches made in a festive floating boat. After this delicious meal, you can go to Mısır Çarşısı to find traditional Turkish spices, meals, and souvenirs.

Hagia Sophia, with its new distinctive architecture, rich history, religious importance, and extraordinary feature of resisting time for centuries is İstanbul ‘s largest Eastern Romanesque church. It is also the world ‘s oldest and fastest completed cathedral.  It is a masterpiece of architectural history with its dizzy dome that hangs in the air, monolithic marble columns, and unique mosaics.  Hagia Sophia is perhaps the most iconic attraction in Istanbul and should not be missed.

This old church is located in the most cultural place of İstanbul, Sultanahmet. So when you decide to visit Hagia Sophia, don’t forget to visit also Yerebatan Sarnıcı, the Blue mosque (Also known as Sultan Ahmed Mosque) and get a refreshing drink in Gülhane Parkı.

Pierre Loti is a hill where you can watch the stunning Haliç view in Eyüp district of İstanbul. The hill, named after Julien Viaud, a French writer and eastern scientist, is a hill popular with local and foreign tourists. 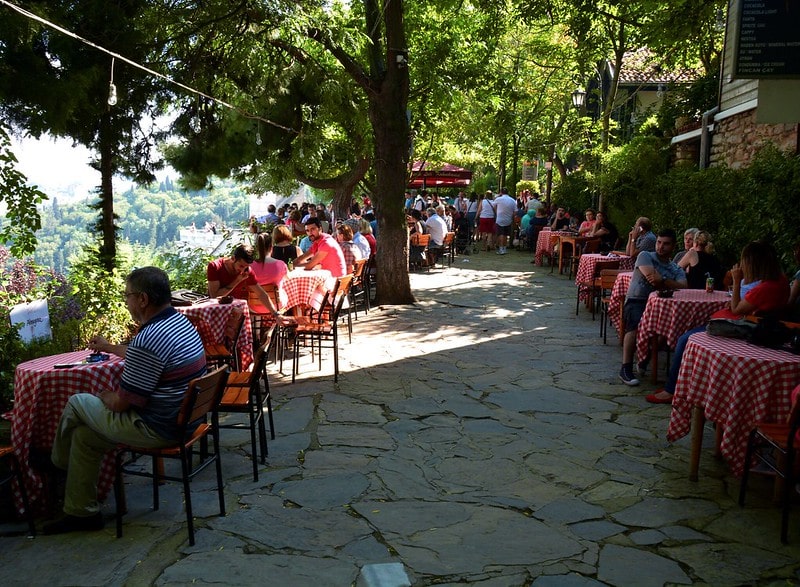 He settled in İstanbul in 1876, and he came to a house and wrote his novel here, and later changed his name to Pierre Loti, and the French writer is still known with this touristic hill.  It’s a place that will amaze you with its great atmosphere and enormous view. Pierre Loti Hill, which is reached by a cable car from Eyüp, where there are many cafes and restaurants, is among the places that should not be missed when you go to İstanbul.

Take a Tour in Beyoğlu/Taksim

If you ask someone what to do in İstanbul, most of the people would lead you to Taksim.  İstanbul without Taksim, one of the places where İstanbul never sleeps and which foreigners admire is unthinkable. 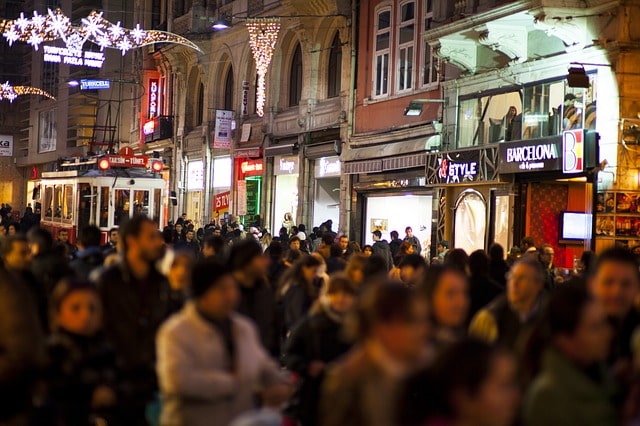 When it comes to Taksim; You can walk on İstiklal Street, participate in an exhibition at the İstanbul Modern Art Museum, and visit museums such as the Pera Museum and the Museum of Innocence. You can visit the Sent Antuan Church in Taksim.

Feel the History in Galata

Galata Tower, known to be built during the Genoese period, is located near İstiklal Street and Beyoğlu.  You can have your meal at the restaurant located in the tower where Hezarfen Ahmet Çelebi flies to Üsküdar or just go there to watch the view.

İstanbul islands, which consist of different islands such as Büyükada, Heybeli, Burgaz, and Kınalıada, are also known as “Prince Islands”. The reason for this is that they were used as a place of exile for the Byzantine princes in history. 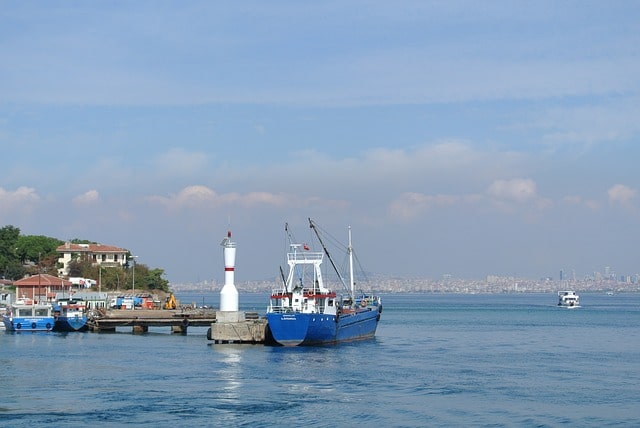 Today, these islands are popular with visitors, especially in spring and summer, with their historical mansions and their unique beauties. To come to the islands, you can take the ferries from Kabataş or Kadıköy and Bostancı.  Reserve at least 1 day for this trip. It is especially a romantic place for a travel with your lover, but I recommend you to go on weekdays instead of the weekend.

Yoros Kalesi (Yoros Castle) is a historic castle dated from the Eastern Roman era, located on top of İstanbul’s Asian Side.  It is at the center of the attention of local and foreign tourists, especially in spring and summer. Because of its location, a wonderful view of the Bosphorus can be seen.

The castle was in the hands of the Genoese during the times of the Roman Empire and remained under their auspices for a long time. The belief that this was a Genoese fortress prevailed.  The area covered by the castle is larger than the area covered by other turn castles in İstanbul.  It is not known exactly where the castle got its name. Although the view from the word Hieron, which means “holy place”, is widespread, it is believed that it came from “ourios ”, which means “suitable winds”, which is the character of Zeus, one of the Ancient Cag Gods. In addition, the possibility that the name Yoros comes directly from the word “oros”, which means “mountain”, is also under consideration.

The Maiden’s Tower, which is one of the indispensable parts of İstanbul, is very enjoyable especially with its sunset and view of the Historic Peninsula during the summer afternoon. 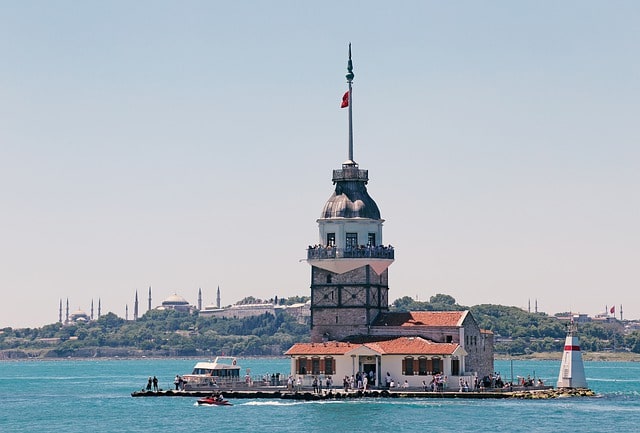 You can enjoy a beautiful view by looking against the centuries-old historical legend, while also feeling the pleasant wind of the Bosphorus.

About The Author:  I’m a travel enthusiast who has visited over 15 countries so far. My biggest passion is to see every culture in the world. You can see my adventures on my site Outdooreager. 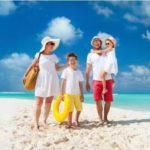 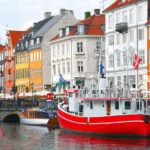