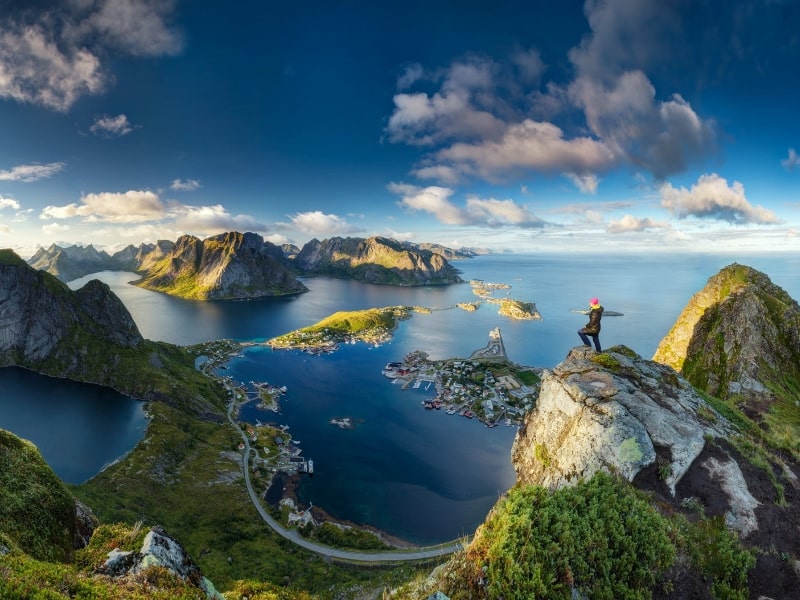 In Praise of Norway’s Lofoten Islands

Lofoten is famous for having dramatic pristine sceneries like mountains, beaches, scenic villages, and vast expanses of undeveloped lands. All these make it one of the World’s best places for a vacation or an adventurous tour.  Located in the far north of Norway in the Norwegian Sea and within the Arctic Circle, Lofoten has been the site of small fishing villages since Viking times.  Because of the Gulf Stream, the climate in The Lofoten Islands is much milder than other destinations with the same latitude.

Let’s take a look at the Lofoten Islands

There are four main islands that you can visit during your stay: Moskenesøy, Flakstadøy, Vestvågøy, and Austvågøy. The closeness of these islands is such that you can take a tour of them in one breath.  Other smaller islands make Lofoten a vast archipelago to visit.  Here are five hot places you must see when you visit the Lofoten Islands.

Svolvaer is the de facto capital of the Lofoten Islands and the largest city. The view from the city is terrific, especially the night view. Some folks say not to go there during winter, but we don’t agree. On the contrary, that’s when you enjoy the best views of the city. 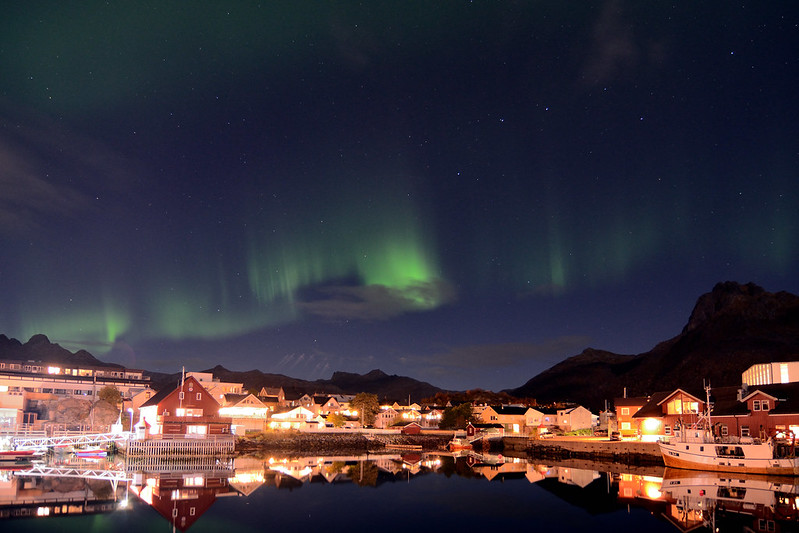 The population of the city is small in comparison to its landmass. It almost feels like you’re with an extended family. There are no more than five thousand people who live there, with a good number of them being tourists who came for a visit and found reasons to stay.

Svolvaer is the town with the most attractive activities in the whole of the Lofoten Islands. There are art galleries, a cinema, clothing stores, a shopping mall, and high-class restaurants. You’re sure to have a swell time in this place.

One of the things that make Svolvaer a global attraction is the annual World Cod Fishing Championships that are held every March. It says a bunch about the fishing culture. The best codfish in the world come from Svolvaer.  You’re sure to have a great time in this beautiful city.

The Narrow Fjord in Trollfjord

If you’re looking for the best fjord tours, then you need to take a boat ride to Trollfjord. It runs through a distance of about 2 km and flows between Lofoten and Vesteralen archipelagos.  The narrow fjord has a tight mouth as small as 100 meters wide and extends up to 800 meters. The Trollfjord has steep mountains that go as high as 1000 meters. 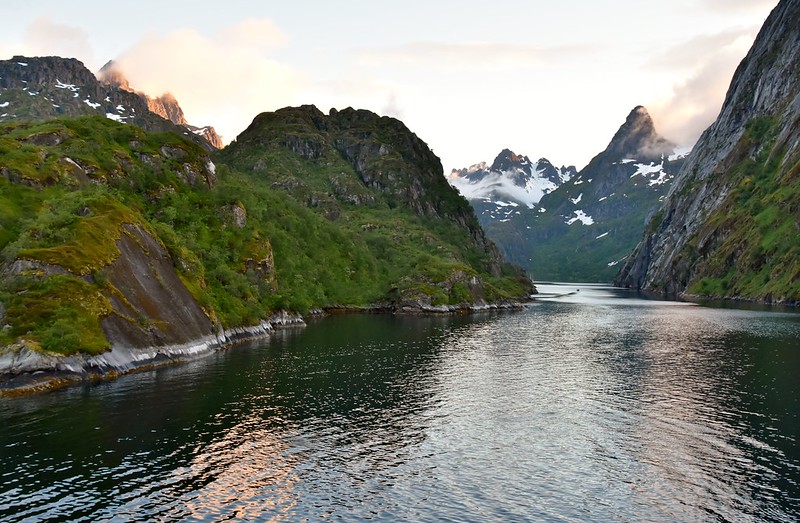 Regardless of the narrowness of the fjord, large ships like the Hurtigruten make detours to give passengers an unforgettable experience here. The thrill about this kind of cruise is that you get to enjoy the possibility of a large ship navigating the narrow fjord.

The most historical event in Trollfjord is “The Battle of Trollfjord” that happened in 1890. Fishers in speed boats had a fallout with those in local boats. It’s a tale that has found a resting place in Norwegian folklore. I’m sure you wouldn’t want to miss the juicy details before you leave the Lofoten Islands.

The Fishing Village of Kabelvåg

If you think that Svolvaer has a unique fishing culture, then wait till you make a stop at Kabelvåg. It is a small village where learning to fish for them is like grabbing an MBA at Harvard. If you desire to know how important fishing is in the Lofoten Islands, Kabelvåg is the place to go.  In its inception, Kabelvåg used to go by the name Vågan. It was the name that King Øystein gave the village in the early 12th century. The king was responsible for building the first church and fisherman’s hostel, thus enshrining a fishing culture into their existence. 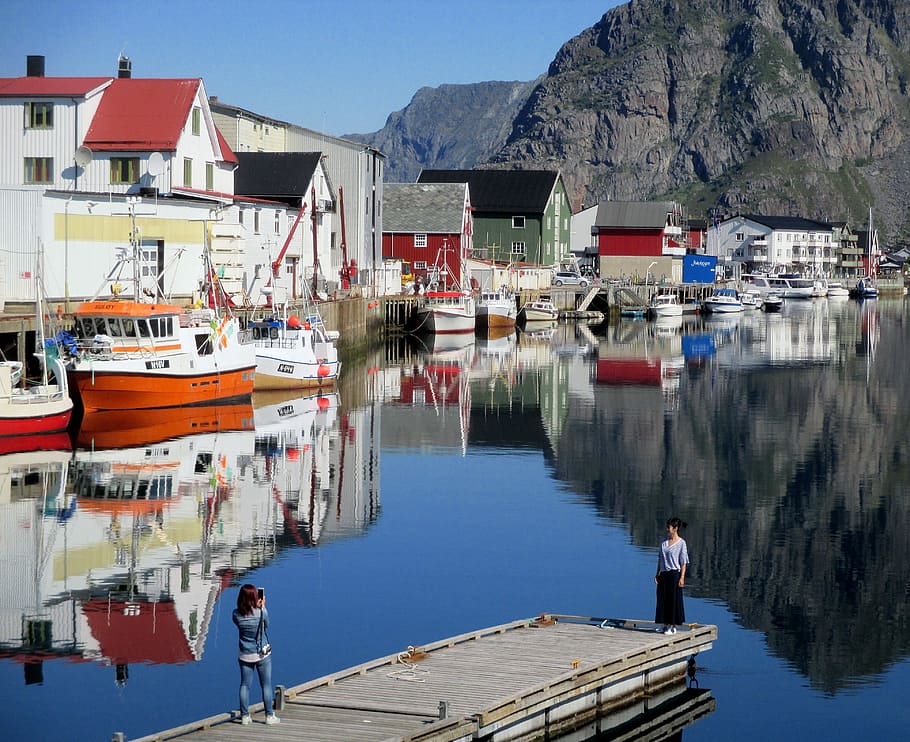 One of the most beautiful sites of attraction in Kabelvåg is the Lofoten Aquarium. It is the heart of the town’s marine life and culture. You will get treated to the pleasure of seeing all manner of fish and sea animals.  Whether you’re spending a Sunday there or not, the Vågan Church is worth seeing. It is the oldest and largest wooden church in the Lofoten Islands.

The Remote Islands of Røst

The Lofoten Islands can be generally said to be a collection of remote islands. However, Røst Island takes it to a different paradigm. Its location of 10km from Lofoten and 100km from the mainland says it all about its remoteness.  The only way to get to Røst Islands is by boat. So, you may want to bring your boat riding kits with you as you plan to tour the island. For the record, it’s a fun ride you don’t want to miss.

If you’re expecting to see a lot of homo sapiens there, you may be disappointed. The island has more sea birds than human beings. With an estimated seabirds population of about a million, the ratio of seabirds to humans stands at two thousand to one.  If you’re a lover of birds, you’re sure to have the time of your life on this remote island. You will see a variety of birdlife, including performances from over 100 Vikings from all over the world. There are game shows, lectures, concerts, and so much more. It’s an evergreen experience you want to strike off your bucket list.

There are so many exciting places to see in the Lofoten Islands. However, you don’t want to miss the thrill and fun of visiting these five mentioned here. They promise to make your vacation or tour of the Lofoten Islands worth it.

********************************
About The Author:  Nancy P. Howard has been working as a writing expert at Online Writers Rating for a year. She is also a professional writer in such topics as blogging, IT, and marketing. She loves travelling, photography, and always welcome to meet new people. 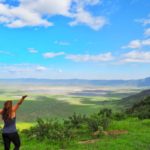 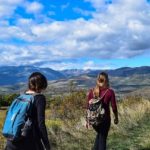 Important Hiking Safety Tips To Protect You While On A Hike