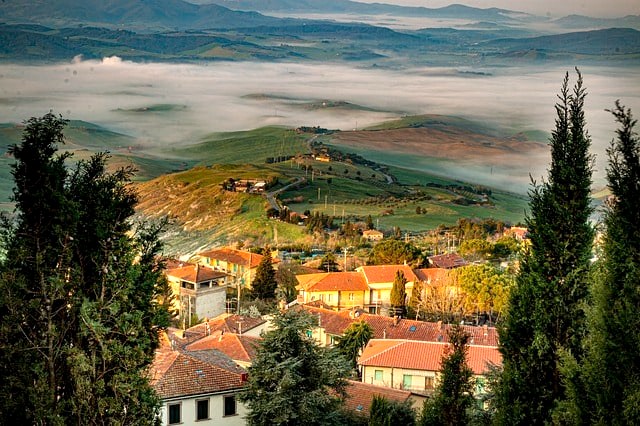 5 Most Beloved Historic Cities in Tuscany

Surpassing every other country in the world, Italy boasts 55 UNESCO World Heritage Sites as well as a vast number of historical sites that aren’t on that list. Many of these beautiful towns, ancient sites and architectural marvels are found in the region of Tuscany.  With a history dating back 3,000 years, choosing the best of these sites to visit on your Tuscany tour is like picking the five best grapes in a valley of endless vineyards.

Each community throughout Tuscany’s extensive history of settlers left behind a mystery waiting to be told through art and architecture. From the Villanovans through to the Etruscans, Romans, those who lived through the Middle Ages and finally, to the thinkers behind Renaissance, modern Tuscany is now a storyboard of these periods which sit side-by-side with the laid-back Tuscan way of life.

Embarking on a private tour of Italy will give you the perfect opportunity to discover the best historical sites made up of medieval churches, Renaissance palaces, Roman amphitheatres and more. Here are the top five historical sites that you must not miss on your Tuscany tour:

#1 Florence – The Cradle of Renaissance 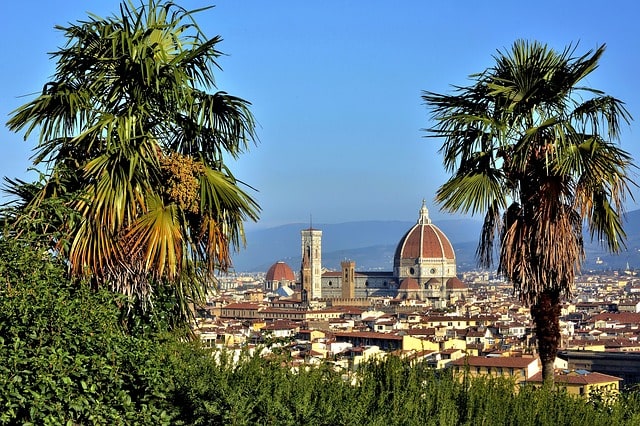 The heart of Tuscany’s cultural identity is the historical centre of Florence, a place where you can feast on world-class cuisine in between laying eyes on world-class masterpieces. The capital of Tuscany, Florence, was the first site in the region to be declared a UNESCO World Heritage Site.  Owing much of its cultural heritage to the Renaissance period, it was Florence where the most wonderful art, architecture and splendour from this period was born. With this, one of the world’s most fascinating historical centres came to life.

Venturing outside of the museums, you’ll step into Tuscany’s ‘open-air museum’, a term coined for Florence’s historical centre. You’ll take in the impressive Florence Cathedral topped with a dome by the artist, Brunelleschi, and Giotto’s Bell Tower which boasts an extraordinary view over the red roofs of Florence.  Through touring Florence’s many art galleries and museums, including the famous Gallerie dell’Accademia, you’ll witness breathtaking works by artists such as Giotto, Vasari and Michaelangelo, among many others.  While you could spend a lifetime uncovering Florence’s secrets, you’ll need little more than a few minutes to fall in love with its charm.

#2 Pisa – Not Just the Leaning Tower 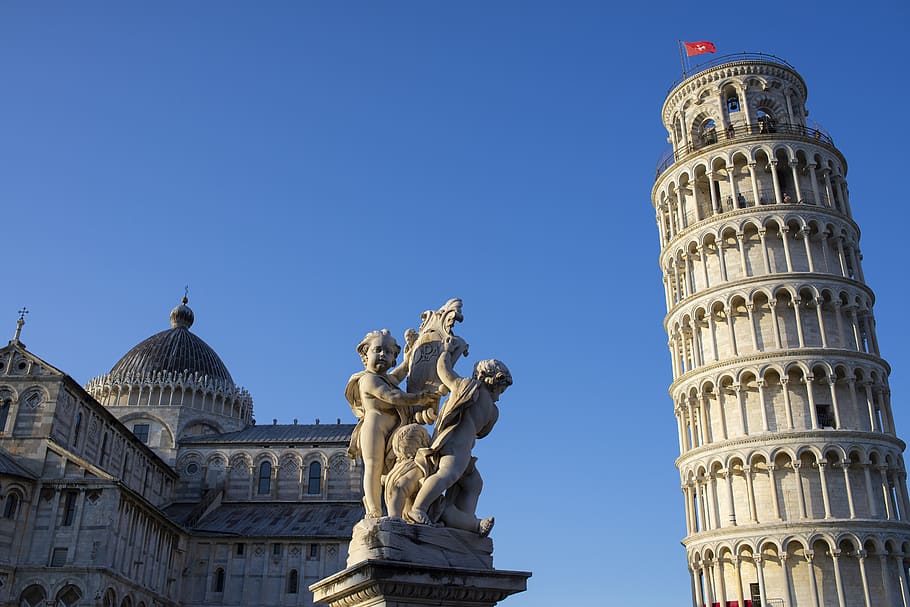 Home to one of the most celebrated icons of Italy, the impressive city of Pisa encapsulates several splendid monuments in its ‘Square of Miracles’ (or Piazza dei Miracoli as it’s locally known).  Added to Tuscany’s list of UNESCO World Heritage Sites in 1987, Pisa’s history stretches back to the 11th century when the magnificent Pisa Cathedral was built. The Pisa Baptistery and the famous Leaning Tower of Pisa followed shortly after the Piazza dei Miracoli, which gradually became one of the most internationally-recognized collection of monuments today.

The Leaning Tower of Pisa sits on weak foundations which were inadequate to support the structure. Over time, the tower has declined further and further making it an unmissable selfie spot in Italy.

#3 San Gimignano – The Town of Towers 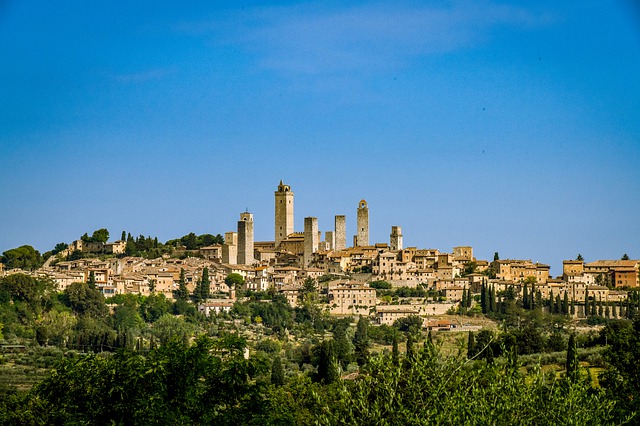 A beautiful medieval hill town less than an hour’s drive away from Florence, San Gimignano was added to Italy’s extensive list of UNESCO World Heritage Sites in 1990.  Much of its present-day beauty and impeccable preservation is owed to a law passed in 1282 which prohibited the demolition of any buildings in the town, unless it was to replace them with more beautiful ones. This law alone meant that the town had been protected from radical changes in appearance for almost eight centuries.

San Gimignano is often referred to as the ‘town of towers’; the entire town is encircled by 13th-century walls which were once punctuated by 72 medieval towers; one built by each wealthy family to symbolise their wealth. Today, 13 towers remain which makes the town’s skyline one of the most unique in Europe.  Strolling through the centre of San Gimignano can provoke an essence of stepping back in time. With an entrance of the triangular square of Piazza della Cisterna, the historical centre is home to quaint medieval, stone-built houses and remarkable 12th-century buildings, including the Duomo di San Gimignano.

If it’s wine tasting you’re looking for on your Tuscany tour, be sure to savour a glass of Vernaccia di San Gimignano in one the local trattorias in town. 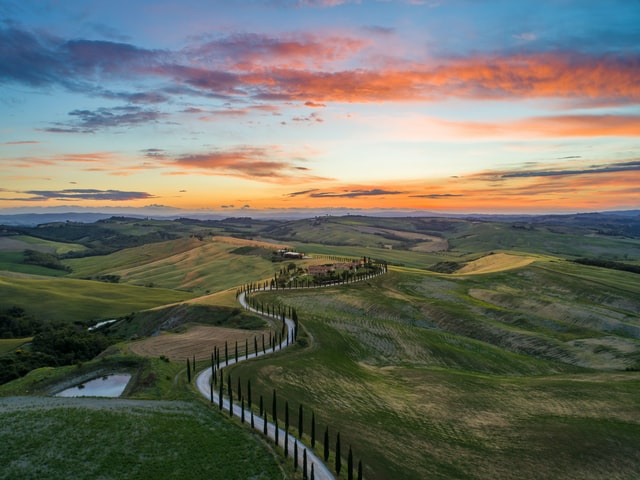 If there’s one iconic image that can sum up the essence of Tuscany, it would be endless rolling hills and lush green valleys carpeted with olive groves and vineyards. Val d’Orcia has long-inspired artists and poets and was awarded the title of a UNESCO World Heritage Site in 2004.  Travelling down the country roads lined with rows of cypress trees, you’ll encounter the towns of Montalcino, Pienza and San Quirico D’Orcia – three idyllic countryside towns which harness the old traditions and culinary specialities of the region.

Pienza, in particular, is a photographer’s dream with its fascinating UNESCO-listed historical centre and Palazzo Piccolomini, the 15th-century summer home of Pope Pius II which transformed Pienza into the ‘ideal city of the Renaissance’. 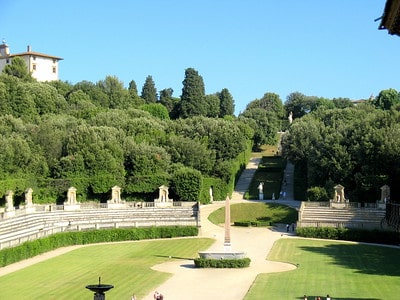 The Medici family, or House of Medici as they are also known by, were one of the world’s most potent dynasties which ruled over Tuscany between the 15th and 18th centuries. Through a staggering wealth made through commerce and banking, the family built 12 villas and two gardens which acted as summer residences and hunting lodges.

Today, these Renaissance-era villas still stand scattered through the Tuscan countryside sitting in perfect harmony with much of the region’s architectural marvels and historical riches. These were the last of Italy’s historical sites to be added to the UNESCO World Heritage List in 2013. They are free to visit for those interested in taking a step back through time and admiring the work of brilliant Renaissance artists.

The list of unmissable historical sites goes on and on. Private tours in Italy led by a local guide will take you through the extensive history of this intriguing region and lead you on a journey of exquisite architecture, food, wine and landscapes. 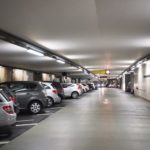 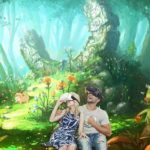