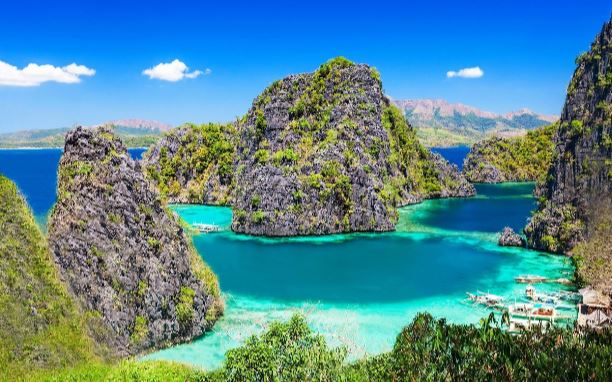 The Philippines are an island nation filled with many tourist attractions, beautiful landscapes, and welcoming friendly people.  Many travelers are familiar with the beautiful beach and amazing resorts but are not aware that the country also is home to more than 100 mountain peaks which often serve as a dramatic backdrop to tropical photos.  But the Philippines’ mountains are not just beautiful from a distance, they are fascinating to visit, trek and explore.  Here’s our Philippines Mountain Tour guide for great hiking and trekking. 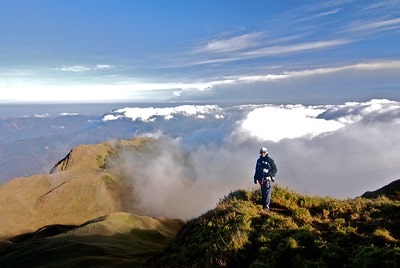 Mount Pulag, the second-highest peak in the country, is always covered with a blanket of clouds. This is a place every self-respecting tracker wants to conquer. The peak is between Benguet, Ifugao and Nueva Vizcaya, so there are several routes for climbing to the mountain peak. Adrenaline-seekers and adventurers would probably choose the most dangerous path, but there are other easier paths for people who prefer a safer trek. At the top, expect to find miniature bamboo bushes and endless grass fields, and of course wonderful views of northern Philippines. If you go on a certain month, then you may see a sea of clouds below. 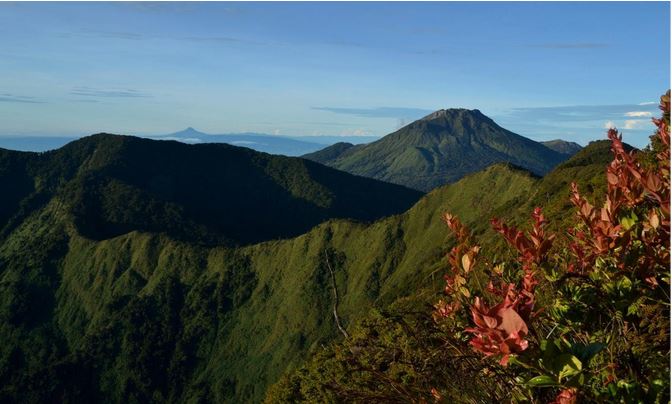 This mountain is included in the list of the highest peaks of the Philippines. It is located on the map between North Cotabato and South Davao, Mindanao. It takes about 3 days to drag a backpack to the top if you use the Kidapawan trail. According to some trackers, the route cuts through a dense array of the wild environment, from rocky landscapes to rain forests, from stormy rivers to viscous swamps. An exciting trip is definitely not for the faint of heart. It fully meets your expectations, being the top peak of the country. 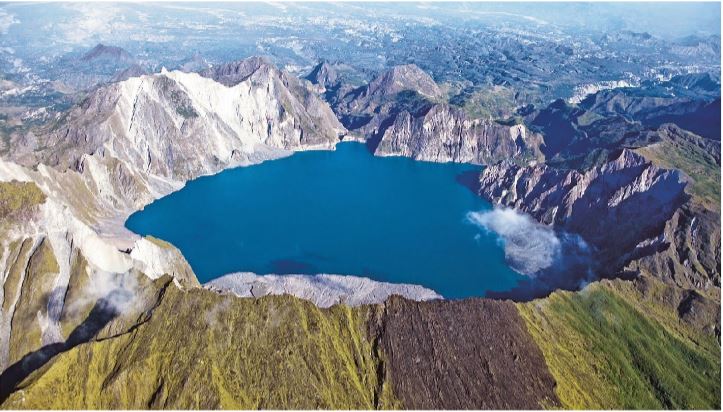 Who does not know about the eruption of the Pinatubo Volcano in 1991? This is the second-largest eruption of the 20th century, which had a wide effect on the archipelago, as well as neighbouring countries. Today, while the mountain is sleeping, this volcano has become a popular tourist destination because of its picturesque lake in the crater. In addition, compared to other hiking routes, a track to Mount Pinatubo will take you about one day, and you do not need to worry about additional costs. You can join an organized tour with a guide or take your own ascent, paying only the guide and environmental fees. 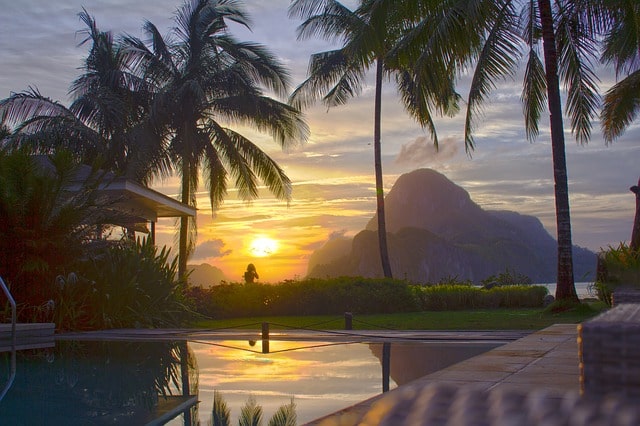 This place is known as the mystical mountain and is the second-highest peak of Palawan. The peak got its name, thanks to the stone obelisk at the top. The shape of which resembles the figure of the famous Egyptian woman. The name of the mountain is certainly intriguing, given the richness and diversity of wildlife and a very easy hike. It takes 3-4 days to completely go the route to the top of Cleopatra, where you will be awarded a view of the Sulu Sea, the Western Philippine Sea and the city of Puerto Princess. 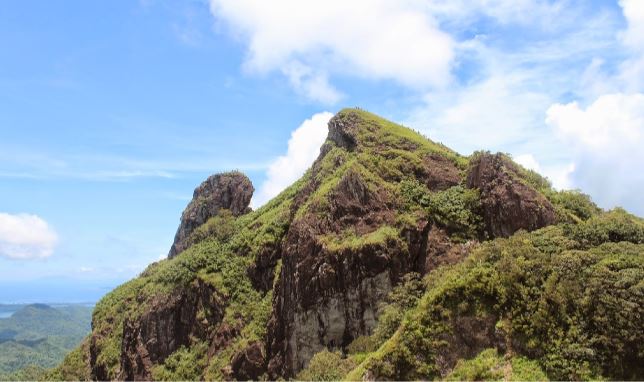 This mountain looks at the land from a height of 664 meters in Maragondon, Cavite province, which is 86 kilometres southwest of Manila. The mountain got its original name in the 14th century when the Spaniards noticed that the peak resembles a crest of a parrot. It is worth to climb there to see amazing plants, animals, views of forests, volcanoes and beaches. The south view is blocked by a huge rock. You can climb onto it but a strong wind should be taken into account. 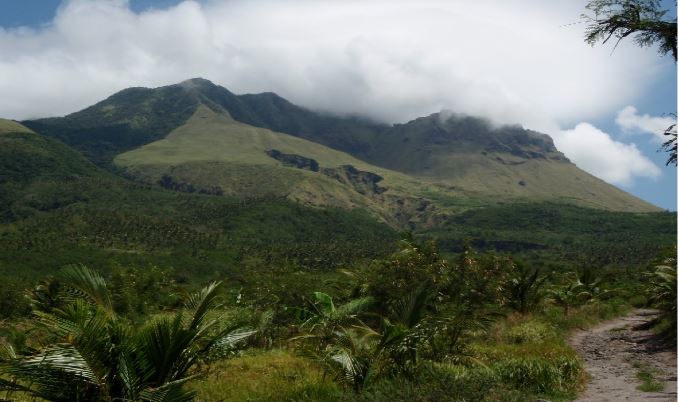 In the southern part of the Cordillera, the Mount Ugo is located. It became famous after the plane crash in 1987 when an aeroplane flying to Laocan crashed on its ledges. Climbers who helped in the rescue operation discovered the beauty hidden at a height. Since that time, travellers often climb this mountain with a height of 2086 meters. It is located between the municipality of Itogon, the province of Banquette and Kapaya, the province of Whiskey. The mountain is very convenient to visit due to its proximity to Baguio. The path starts from Itogon. There you can see forests of thin pine. Top beautiful view of the many peaks of the Cordillera. 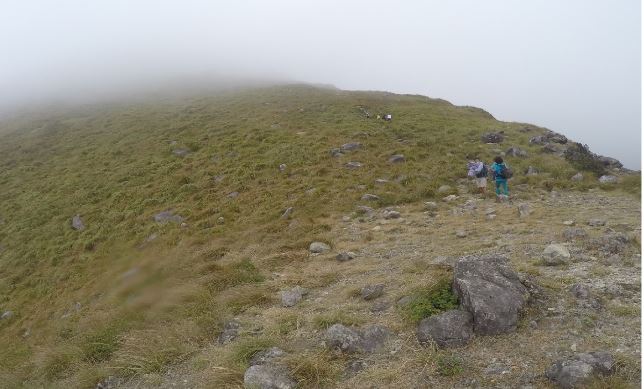 Like the Natib and Samat mountains, the Mariveles ledges were battlefields during the defence against the Japanese invasion in 1942. It is located in the center of the Bataan peninsula, Mount Mariveles has become popular for walking and climbing. Fortunately, in the middle of the road, you will encounter a river where you can refresh yourself. The last stretch will be very windy. The view from above is stunning, the landscapes of the South China Sea, the islands of Corregidor and the mountains of Pico de Loro in the south of the Manila Bay open.

The Philippines has long been considered a true paradise for tourists. The mountains of this country are famous for the fact that they preserved the unique, pristine beauty of nature, which can be admired for an unlimited amount of time.  Various online sites offer Philippines tour packages at a minimal price. So, book now in order to explore these beautiful and unique nature with virtually. 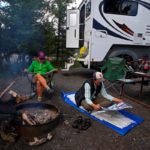 Setting Up Your Campsite With 5 Quick and Easy Tips 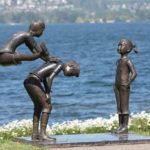 The Five Best Winter Activities for Kids in Seattle Washington