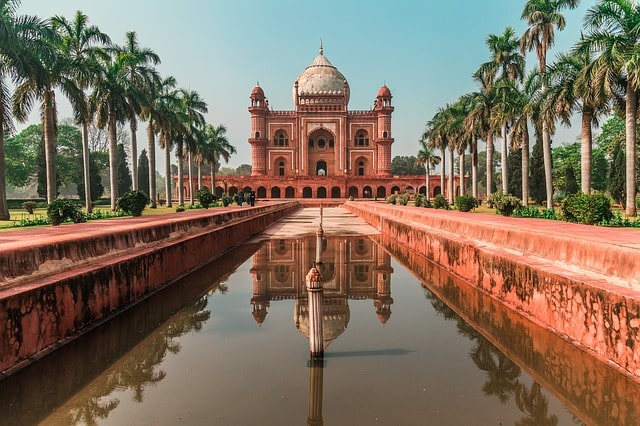 India has a rich history. Delhi, located in Northern India, is one of the most populated cities in the world. It comprises of two very distinct worlds- the New Delhi and old Delhi, with the former being the capital of India. Delhi is both traditional and modern. The Delhi international airport is the busiest airport in India and as many as 950 flights back and forth from Delhi are handled every day. The rich ancient history of India is seen in the architectural monuments in old Delhi as well as New Delhi. The sacred Hindu river, the Yamuna, separates New Delhi and Old Delhi.

Delhi has many interesting places to visit. The city has plentiful arts and crafts industries, splendid monuments, innumerable performing arts centres and amazing cuisines. For all the shopping freaks out there, Delhi is a shopper’s paradise.  There are innumerable best hotels in delhi, which fits all types of budgets. The city is full of bazaars and markets, including Chandni Chowk, which is India’s number one commercial market. When you are on a tour to Delhi, be it with friends or family, you must not miss a few tourist attractions that the city has to offer. We list below seven such tourist attractions that cannot be missed when you are in Delhi. 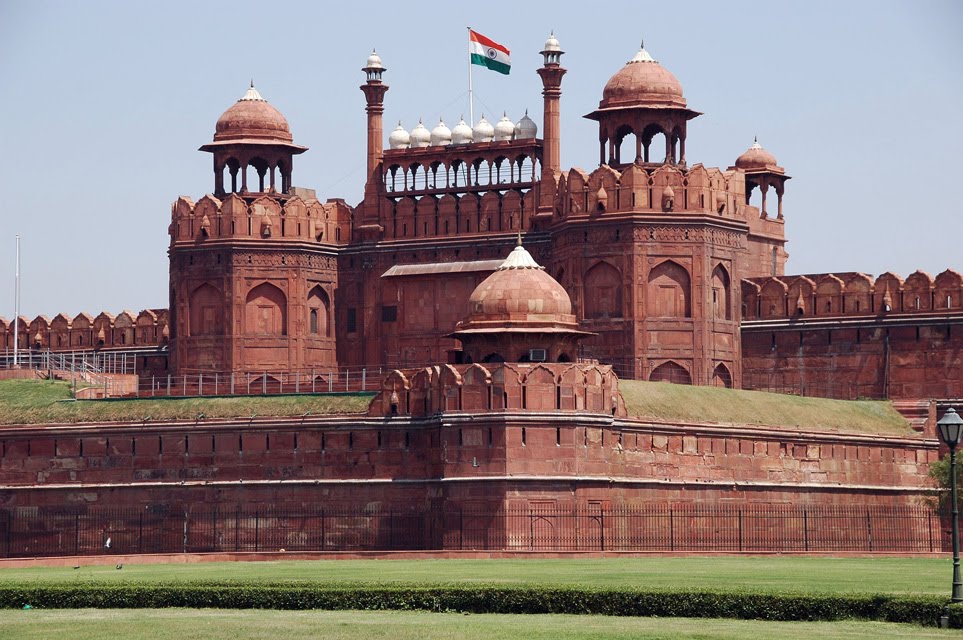 This famous monument was built by emperor shah Jahan in 1648 and is located in old Delhi. The Mughal kings ruled from this place until 1857.  The structure is made of red sandstone and covers an area of 254.67 acres. The prime minister of India hoists the flag every Independence Day from the main gate of this historic fort and delivers a speech, which is broadcasted, live all across the country.  The main entrance is named as Lahori gate as it faces towards the city of Lahore, which is situated in Pakistan. Visitors entering through this gate will witness the Chhatta Chowk- a very old bazar that sells items such as silk, jewelry, gems and silverware. 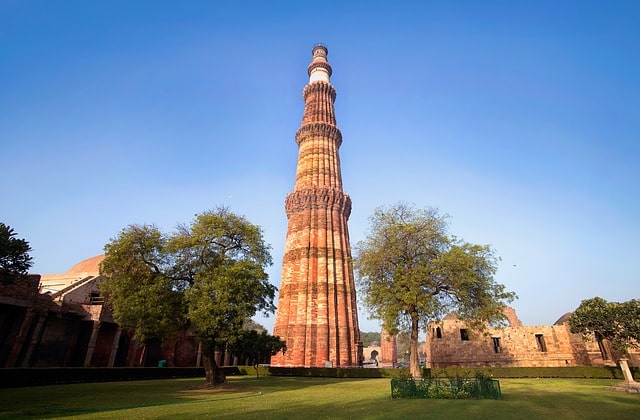 The Qutub Minar is India’s tallest minaret. This monument was completed in the 12th century and is now a heritage site of the UNESCO. Tourists from all over the world flock to this magnificent monument to reach the pinnacle, for its breathtaking view of the nearby areas. A unique feature of this architectural beauty is that the first three stories of it are made of red sandstone while the remaining two are made of marble and sandstone. Inscriptions from the Quran and some notable historical information is carved on its walls. There is also a mosque at the base of the tower, which is called the Quwwat Ul Islam masjid. 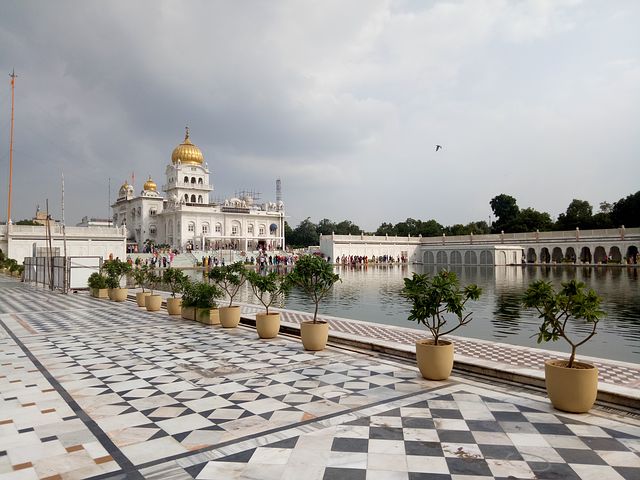 Any person travelling to Delhi must not miss this breathtaking and prominent Sikh place of worship. This 18th century Gurudwara is in close proximity to the Connaught palace. The Gurudwara kitchen offers free meals to anyone who visits it. You must cover your head and remove your shoes before entering the Gurudwara, to respect its sanctity. Inside its complex is a holy river named ‘Sarovar’. You can recognize this monument even from a great distance due to its tall flagpole and golden dome. The Gurudwara complex also has a school, library, museum and a hospital.

This splendid Bahai House of Worship that resembles a lotus, in architectural delight. Made up of white concrete and marble, this nine-sided structure with a beautiful central dome is one of the worlds most visited tourist attractions. The unique feature of this temple is that no idols, religious scriptures or symbols are inside it. Built in 1986, this flower-like temple is open to all, irrespective of religion, caste or any qualification. Numerous architectural awards have been given to the lotus temple and it has featured in many publications, newspapers, and magazines.

One of India’s largest mosques, the Jama masjid must be visited by everyone who is on a visit to Delhi. This is the last monument that was built by Emperor Shah Jahan. The structure has three gateways, four towers, three domes and 2 minatets that is made of vertical stripes of red sandstone and white marble. Visitors must go barefoot inside the mosque and they must be decently dressed. To get some fascinating views of old Delhi, visitors can climb to the top of the southern minaret. The courtyard of the mosque can accommodate as many as 25000 people. 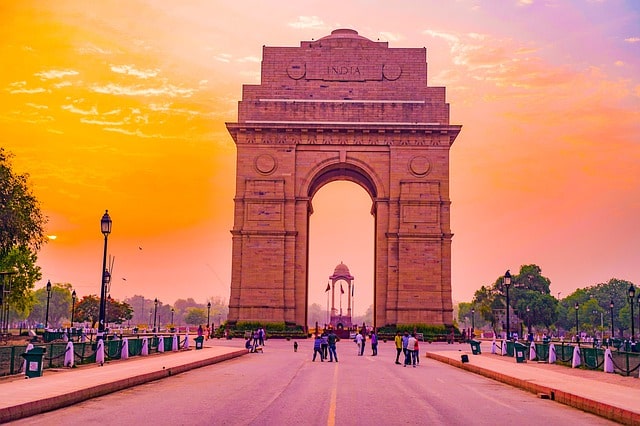 This magnificent stone arch was built as a tribute to the soldiers who lost their lives in World War 1. The names of all the soldiers that numbered to more than 70,000 are inscribed on its walls. Designed by Sir Edwin Lutyens, the gate is often compared to the Arc De Triomphe in Paris and the gateway of India in Mumbai. The nearby park is mostly crowded with locals as well as tourists who come here to enjoy a picnic or just to unwind. The best time to visit this arch is in the night-time when together with the fountains, the entire monument is floodlit.

One of the finest architectural beauties of the Mughal era, Humayun’s tomb is a must-see for all the visitors. The structure is set in a beautiful square garden and was supposed to be a look-alike of the Taj Mahal. The mausoleum is made of marble and red sandstone. Apart from Humayun’s tomb, the tomb of Humayun’s barber and the tomb of Isa Khan, who had designed the Taj Mahal, is also present here. The best time to visit the mausoleum is at night, when it is brightly illuminated, offering a spectacular view.

The above guide on the seven places to visit in Delhi will offer great help to all those whose next travel destination is Delhi.  Do not miss these places, as your Delhi tour is incomplete without it. You will have a great time visiting these places and come back home with lots of good memories to cherish for life long.

**************************************
About The Author: Yogesh is a passionate blogger. He has a very diversified skill of amazing artwork like Card Making, Painting and Crafting. He loves keeping himself up-to-date with the news and happenings around. He is always open to learning and shares his experiences on HSSLIVE  Result 2020. 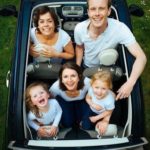 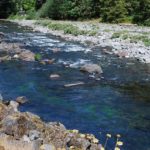