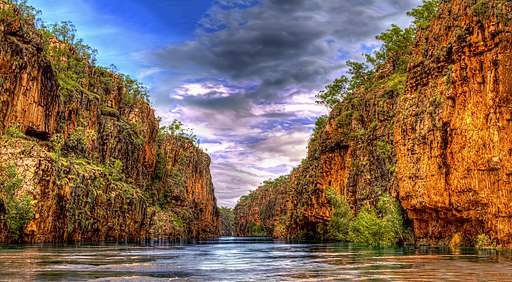 Recent reports of massive bush fires in Australia have left travelers wondering if there are portions of the country that have escaped devastation and deforestation.   Although the size and scope of fire damage this year is unprecedented, much of the country has been spared, and remains an inviting and fascinating place to visit.  One area, in particular, is open for business and welcoming eco-tourism travelers to explore its unique environment.  The Northern Territories which include Uluru tours in the Red Center, north to Darwin at the Top End.  All this is often simply called “The Outback”, and no visit to Australia is complete without a tour of this fascinating region.  We’ll take a look at 6 of Australia’s most spectacular Northern Territories National Parks and regions that are unaffected by recent bush fires and well worth visiting. 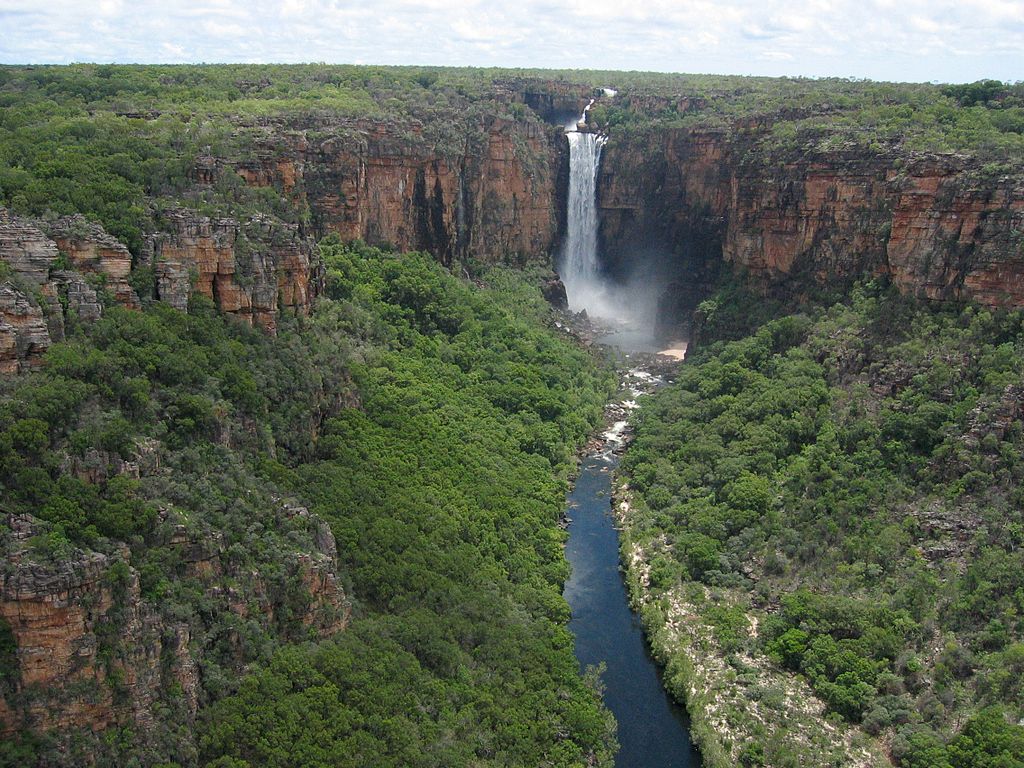 Located in Australia’s tropical Top End about 3 hours from the city of Darwin, Kakadu National Park has all the elements that adventurers look for.  Dramatic sandstone escarpments give way to dramatic waterfalls, scenic rivers, estuaries and verdant wetlands.  This area is home to Aboriginal rock paintings over 20,000 years old, 2,000 plant species, 1/3 of the bird species in Australia, and indigenous peoples communities.  Kakadu experiences 6 weather seasons throughout the year and is fascinating no matter which season you choose to visit. 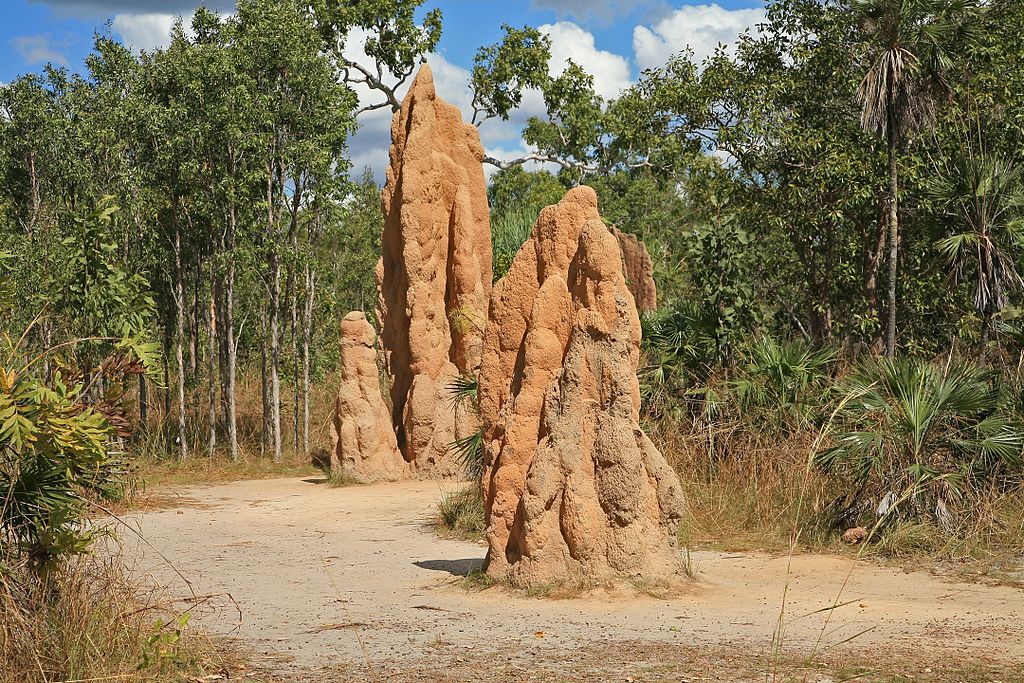 Located a convenient one hour drive south of Darwin, Litchfield National Park is known for stunning waterfalls, inviting pools and watering holes, sandstone pillars at Lost City and magnetic termite mounds.  The land has been inhabited for thousands of years by indigenous tribes and has several sacred Aboriginal sites.  The park offers multiple 4Wheel Drive tracks for exploration as well as miles of raised wooden Bushwalking trails.  Historic architectural sites include Bamboo Creek Tin Mine and the Blyth Homestead 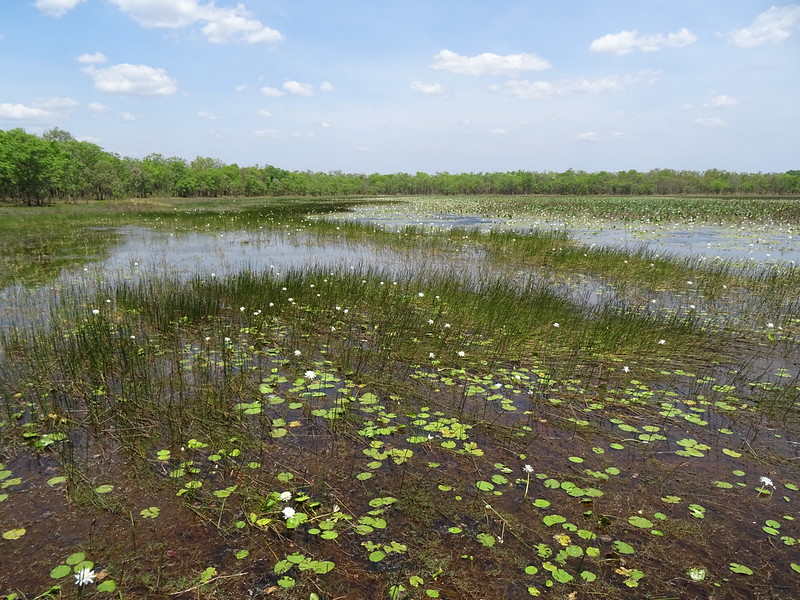 Located southeast of Darwin, Mary River National Park is best known for Shady Camp and its spectacular Barramundi fishing.  Being located along the Mary River, the park goes through dramatic changes from the wet season to the dry season.  Having miles of lush wetlands, there is a vast variety of bird species and aquatic wildlife including large species like water buffalo.  The area is very popular for exploration by airboat. Don’t miss the jumping crocs!

Beginning at the southern border of Kakadu, Nitmiluk National Park (formerly Katherine National Park) is comprised of a series of ancient sandstone gorges.  13 dramatic gorges and rapids run along the Katherine River and Edith Falls delivering stunning views.  Color changes on the gorge walls from sunrise to sunset are mesmerizing.  The Jatbula Trail runs through the park and encompasses the ultimate in waterfalls experiences.  This trail has been traveled for centuries by the Jawoyn people with many rock art depictions of “dream time” stories on display.  As you move southward, temperatures rise, especially from October through March. 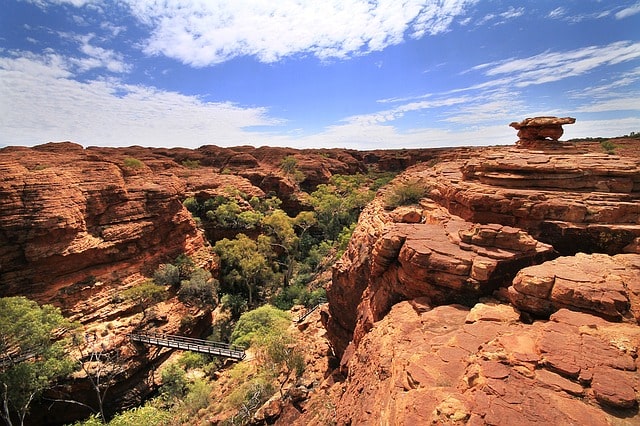 Continuing south to Australia’s hot “Red Center”, Kings Canyon is located south of Alice Springs.  The 100-meter high canyon rises on two sides of Kings Creek.  In this park you’ll witness soaring birds of prey swooping and diving in pursuit of game.  The Kings Canyon Rim Walk is most popular as it steeply climbs to the top of the canyon delivering spectacular views.  Pass by the Garden of Eden water hole for a study of varied plant life.  Further on see unique sandstone domes much like the famed Bungle Bungles.  Kings Canyon is a dramatic stop between Alice Springs and Uluru. 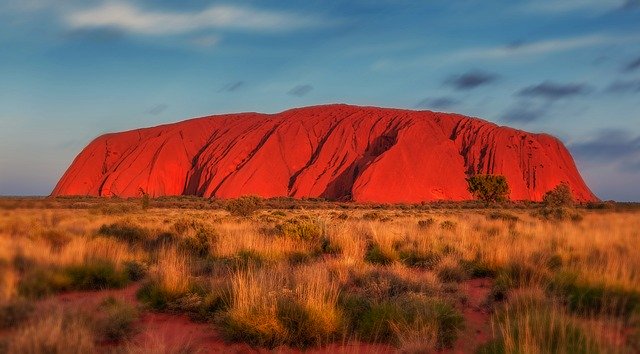 Formerly known as Ayers Rock, Uluṟu-Kata Tjuṯa National Park is at the heart of Australia’s outback and is one of the most iconic sites in Australia.  The massive ancient sandstone monolith rises dramatically from the flat surrounding plains.   Travelers marvel at the progression of color changes at the site as the sun causes the rock to change from hot brilliant reds at mid-day to cool yellows and purples as the sun sets.  This popular attraction was in danger of being loved-to-death with erosion from tourists hiking up the sides, and now climbing on the rock is no longer permitted.  Still tours by the local Anagu indigenous people are fascinating as they introduce you to caves, rock paintings, springs, bush food, Dreamtime stories, and community traditions.  Many travelers enjoy the dramatic Sounds of Silence dinner for an evening outdoors under the unique star-lit outback sky.

There are so many wondrous sites in Australia’s Northern Territories that give travelers a chance for an authentic outback emersion.  A visit to Australia without experiencing “The Outback”, is just not a complete journey.  Many visitors find that taking a small group guided trek through the Northern Territories is the best way to go.  Whether it’s a 5 day adventure from the Top End Kakadu National Park south to Uluru, or a shorter one or two park visit, partnering with a local guiding service will relieve all the stress and provide a depth of relevant knowledge and local traditions that you might otherwise miss out on. 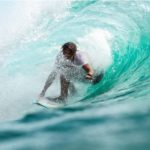 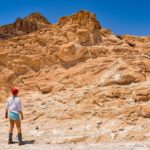