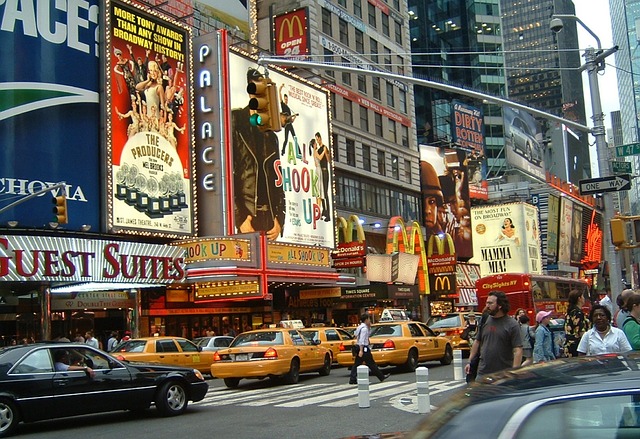 Times Square, which is more like a rectangle than a square, is one of the most famous areas of New York City and easily the hottest place to be in the borough of Manhattan. It’s most northerly point is West 54th Street and moves all the way down to West 40th Street. Times Square is instantly recognizable by the tsunami of bright lights and video advertisements on billboards and the crossroads that create so many traffic jams. Here you will find the amazing Theater District, or Broadway, as it’s more commonly known, and a very festive pedestrian zone.  You will surely want to spend hours exploring mid-town Manhattan and won’t want to miss these 3 top things to experience in Times Square.

Some of the most breath-taking live performances are given here to audiences who have come from around the world. Times Square is also known for it’s New Year’s Eve ball drop that is regularly attended by up to 2 million people each year. It’s also the best place to go shopping in the city as many world-renowned brands have large stores open at this location.  If you have kids in tow, you’ll definitely want to visit the bright and colorful M&M, Disney and Hershey stores.  Adults and teens won’t want to miss the iconic glass-cube Apple store.

An architectural and city-design marvel, One Times Square is the most iconic building of Times Square. It stands at a triangular intersection right in the busiest area of Midtown Manhattan. It hosts the annual New Year’s Eve ball dropping ceremony which takes America into January 1st. It was originally constructed as the headquarters of the New York Times, which is still today one of the city’s most-loved newspapers. Although there aren’t many shops in the building, the 2nd to the 21st floors are leased apartments which the rich and famous quickly snap up whenever one becomes available. Outside and beside the building, there are the bright lights of the big city i.e. the electronic billboards that have appeared in so many Hollywood films.

Located in the lower half of Times Square is the Theater District. Here you can observe some of the most amazing live performances and story-telling anywhere in the world. Broadway has 41 different theaters, all showcasing unique stories, and talented actors. A production that has taken the city by storm recently is the Book of Mormon. The New York Times itself has claimed it to be ‘the best musical of the century’. The play has already won 9 Tony Awards and it’s still going strong. It’s a laugh-out-loud comedy about the misadventures of a mismatched pair of missionaries. They have traveled halfway across the world to spread the good word. But their trip isn’t so straightforward with the numerous challenges that they have to overcome.  No matter if you are looking for a comedy, drama or musical, you will find a wonderful selection in the Time Square Theater District.

There’s no shortage of things to see and do in Times Square but there are some that are more attention-grabbing than others. Madame Tussaud’s is the famous wax museum of American celebrities. Made with painstaking detail, wax creations of stars like Taylor Swift, Beyonce, Justin Beiber, and Marilyn Monroe stand tall. Even the British Royal Family has been erected and the likeness is uncanny. Former presidents, Hollywood stars and musicians have all been frozen in time as well.

Times Square just might be the most iconic picturesque setting that draws us all of New York City. The bright lights, skyscrapers and the amazingly talented people of this great city all congregate to this one awe-inspiring zone.  This is definitely a bucket list location, you simply haven’t seen the USA without a visit to Times Square. 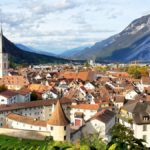 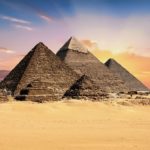 5 Top Places To Visit in Egypt For A Memorable Vacation