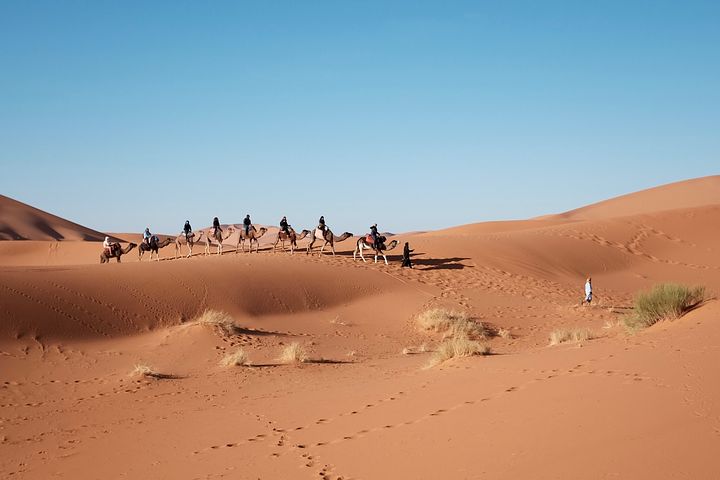 Everything You Need To Know About Visiting the Sahara Desert

You may hear about visiting the Sahara Desert once in your life and probably wonder just what the desert looks like? Is there any life there? What is the temperature over there? How does life survive in the desert? Today I answer all those question in this comprehensive Sahara Desert Guide. So, without further ado let’s jump into it. 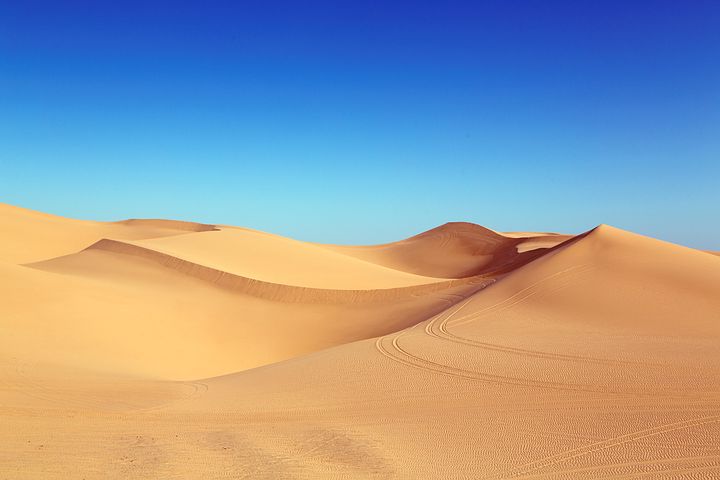 The Sahara Desert is the world’s hottest desert and much of the North Africa is covered by it.  Surprisingly, humans, plants and animals live here and have adapted to the harsh conditions of the Sahara for millions of years. The Sahara Desert has a rich cultural history also as many civilizations have survived here. If we talk about animals, then Sahara Desert has a large number of animals who have adapted to the conditions of the Sahara. So first, let’s see how Wildlife is able to Survive in this hot and arid climate.

Wildlife in Sahara Desert has adopted the hard conditions like fierce winds, intense heat, sand storms, huge temperature swings and hot and arid conditions. In the center of the Sahara there are mammals which are relatively small because this helps them to minimize water loss and ultimately, they require less water to live. As there is very limited rainfall in the Sahara, (from 10 to 5 inches per year) it is difficult for animals to fulfill their water needs from their diet. Most animals in Sahara hunt during night and rest in their caves and burrows during the day time. Although there are some ants and animals like Saharan lizard which hunt during the day time, but their body is so thick that heat does not affect them. 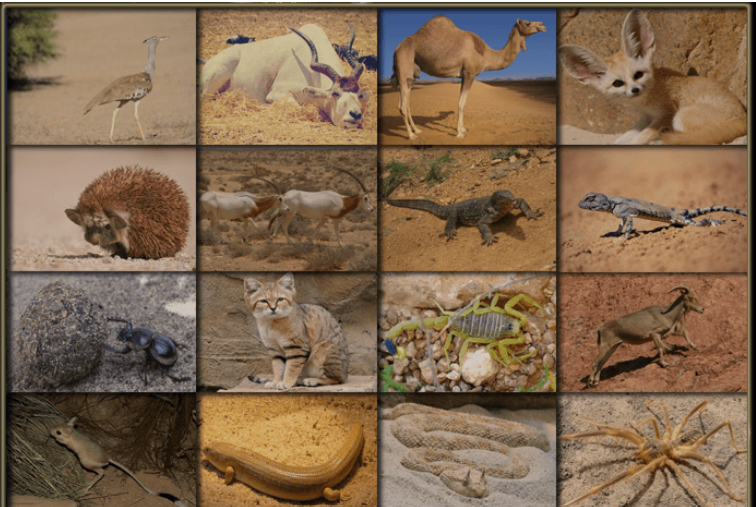 There are more than 80 species of mammals in Sahara Desert, more than 90 of birds and 100 of reptiles and numerous arthropods. The most famous animals are hyenas, sheep, oryx, jackals and sand foxes. If we talk about some birds then ostriches, secretary birds, Nubian Bustard from the bustard family are the most common one in Sahara. Famous reptiles include cobras, skinks, various types of lizards and crocodiles. Arthropods numerous ants, scarab beetles and the dangerous black scorpions. Most of the wildlife is centered around northern and southern margins and near desert water sources. 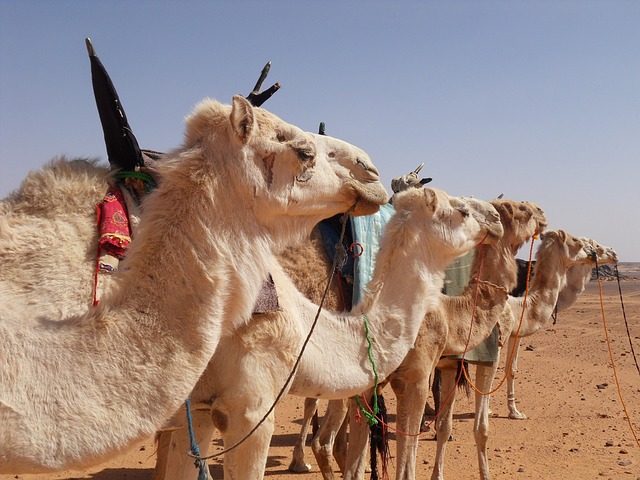 Sahara’s most domesticated animal is the camel. It has been domesticated for thousands of years by the locals due to its features which are highly suitable in Sahara like fat filled hump and other adaptions like rough and tough skin to protect them from hot temperature of Sahara. Camels also has thick lips which helps them to eat thorny plants, salt-laden vegetation and dry grasses. With wide footpads they can walk easily of the hot and rocky Saharan grounds. With its cut nostrils and heavy eyebrows and lashes it can help them to shield nose and eyes from sandstorms and when you give them water, they can consume more than 30 gallons of water in less than 10 minutes which prepare them for more hot days.

Plants in the Sahara Desert

Most of the desert has a limited number of plants.  It possesses a limited number of wild plants mostly around the northern and southern margins and near the oases and drainages. Plants near wadis or an oasis has special features which makes them highly adaptive to the Sahara’s environment. For instance, dates and palm trees have tamarisks, while acacia plants put down very long roots to reach underground water. In more dry areas seeds grows very quickly because they have long roots which soak water very quickly when it rains. It also protects the soil erosion.

In the central part of the Sahara there are more than 500 species of plants which is very low. If we compare it to the in South America’s Amazonian rainforest then you could see that 500 species are nothing because amazon have more than 40000 species.

People and Culture of Sahara Desert

There are less than 2 million people living in the Sahara Desert including those who have lived there for generations near the water sources and those who are called nomads who shift from place to place with the seasons. Most have Berber or Arabic roots. Berbers are the first who appeared on the scene at the beginning of the Saharan history. Arabs who speak Arabic appeared on the scene thousands of years ago. Most of the people in Sahara follow Islam which is introduced there in the seventeenth century. 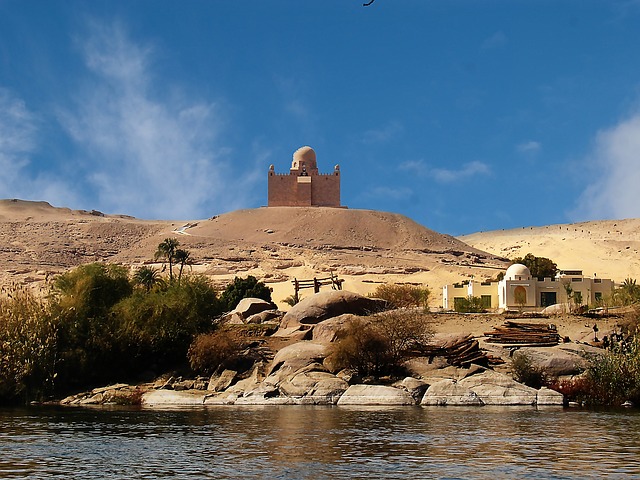 Major portion of Sahara history includes hunting, nomadic trades, agricultural development, early rising of communities, sophisticated civilizations, monumental architecture, colonization and wars. Berbers and Arabs were not but also the Egyptians, Nubians, Phoenicians, Greeks and Romans were the habitants of Sahara in previous centuries. In more recent centuries Sahara has experienced the Ottoman, Spanish, Italian, French and English colonialism. During World War II Sahara has been suffered fierce and destructive battles between the Germans and the Allies. Also, there is a village near Sahara in Morocco Called Merzouga it is one of the oldest villages and a gateway to Sahara Desert. Marrakech to Merzouga desert tour is the most popular package in Marrakech.

The Sahara is famous for its rich cultural wonders and experiences it offers to travelers. You can do a lot in this barren place.  Explore beautiful orange sand dunes and desert springs, the Nile and Niger waterways and even the most fruitless zones, (for example, the Tanezrouft Basin- – the Land of Terror).  Sand dunes can only be found in Western Sahara or in the Morocco.  You could also experience the wildlife such as golden jackals, crocodiles, birds of different species and various reptiles and hundreds of mammals.

You could do a Camel trekking in Sahara and you could feel like an ancient nomadic trading caravan. Also, visiting the stunning monuments in the Sahara is a treat in itself. You can also visit the ancient yet lively bazars and Marketplaces of Sahara Desert.

If you want to travel the Sahara Desert then I recommend to go at the Morocco Sahara Desert. It is the only place where you could experience both rocky as well as Sandy grounds. It is famous for its Sahara Tour. Book your tour with some good travel agent and enjoy your time at Sahara. Most of the agents offer 3 days desert tour from Marrakech. In just 3 days they will show you a lot of Sahara Desert. If you have a limited time then I recommend you to choose that package.

Enjoy the many wonders in the Sahara Desert, but be sure to book a tour to be safe and comfortable during your visit. 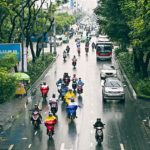 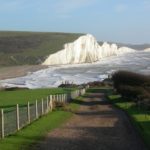