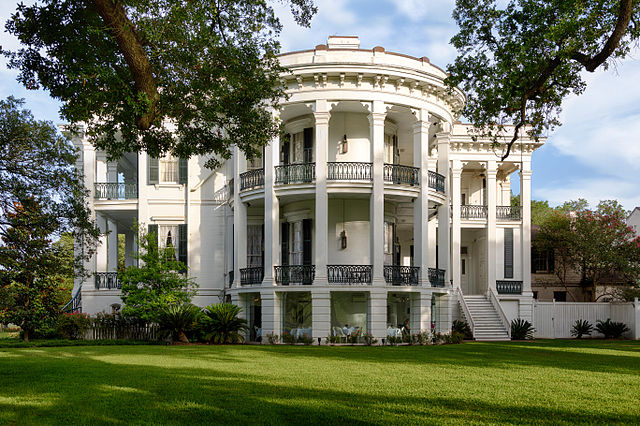 10 Most Beautiful Historic Southern Plantation Homes You Can Visit

Southern Charm: 10 of the Most Historical Southern Plantation Homes

Located in Thomasville, Georgia, this antebellum plantation and museum was first established when Thomas Jefferson Johnson purchased the land in 1825. Johnson first raised cotton and then introduced rice, a profitable crop in Georgia during the 19th century. 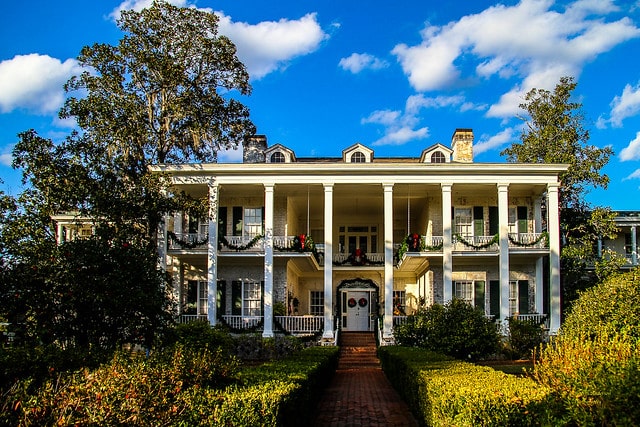 After Johnson’s death, the plantation was inherited by his daughter, Julia Ann. In 1850, a lovely plantation home was built upon the property by English architect John Wind.

Julia and her husband struggled with the property during Reconstruction in the South, and the property was purchased by Thomas Melville Hanna in 1896. After his death, Pebble Hill passed to his daughter, Kate, who turned it into a hunting estate, which were popular during the mid-1880s.

Kate’s daughter, Elisabeth, inherited the plantation after her mother’s death in 1936 and decided to turn the plantation into a museum for all to enjoy. Today, the grounds are well-maintained and feature beautiful gardens that are worth exploring.

If Evergreen Plantation seems familiar, you might have seen it featured in Quentin Tarantino’s 2012 film, “Django Unchained”. The stunning Greek Revival style building and plantation grounds were used as a backdrop to shoot some of the film’s scenes. 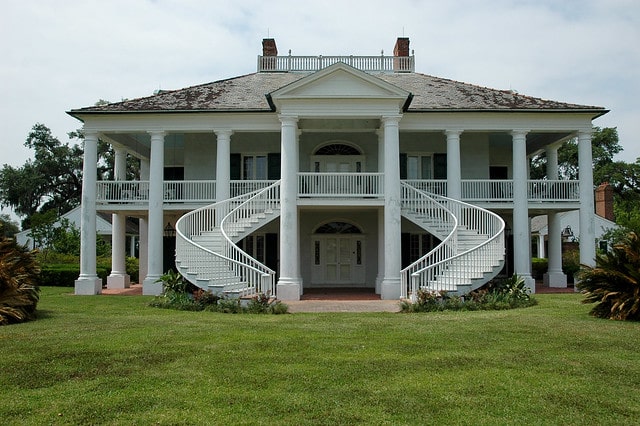 Located in Edgar, Louisiana, just outside New Orleans, the plantation is considered the most intact plantation in the South and still produces sugar cane to this day. As you explore the grounds, be sure to check out the 22 intact slave cabins, which are arranged in a double row along its oak alley.

Whitney Plantation was also featured in “Django Unchained” — but this isn’t your typical historical Southern plantation. In 2014, the 2,000-acre property was converted into the first slavery museum in America. 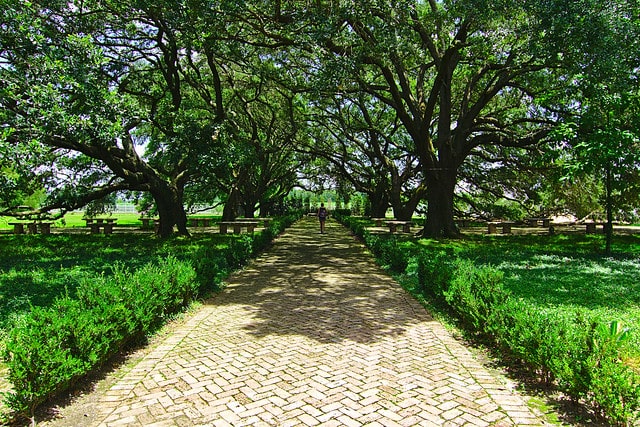 Unlike other plantations, Whitney Plantation doesn’t sugarcoat the lives of enslaved Africans who worked the former indigo and sugar farm. Jim Cummings, the owner of Whitney Plantation, has spent millions on the museum’s artifacts and restoration to give visitors a true sense of life in the antebellum South.

Dating back to 1614, Shirley Plantation is the oldest plantation in America. Located in Charles City County, Virginia, the plantation once produced tobacco that was sent around the colonies and shipped to England. 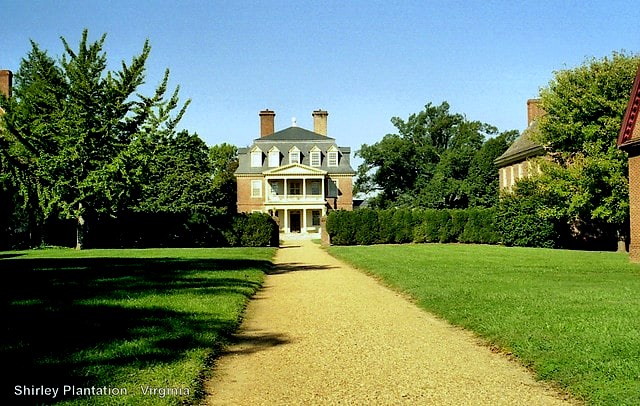 Although the land was originally settled in 1613, a portion of the land was granted to Edward Hill in 1638. Anne Hill Carter, who was born on the plantation, was the mother of Confederate General Robert E. Lee.

In fact, Hill’s direct descendants continue to own and operate the plantation to this day, making it the oldest family-owned business in North America.

Built in 1859, the jaw-dropping mansion has three floors and a total of 64 rooms, 165 doors, 12 hand-carved Italian marble fireplaces and 200 windows. The spectacular home is listed on the National Register of Historic Places and is now a resort destination.

Located in Belle Meade, Tennessee, the Belle Meade Plantation is a beautiful Greek Revival mansion that now operates as a museum. The land was originally purchased by John Harding in 1806 and used to produce cotton. 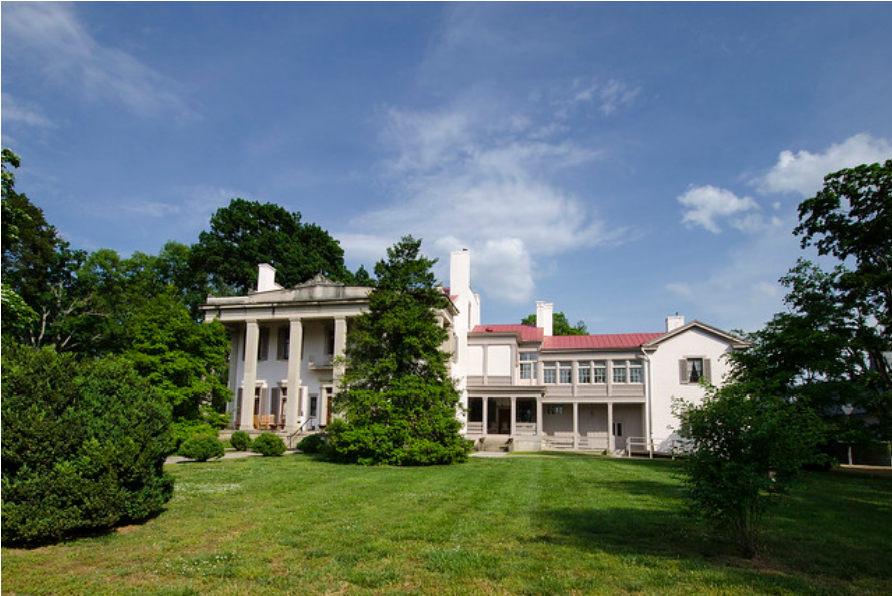 Harding quickly became one of the largest slave holders in the Nashville area. With his new fortune, he built a brick house on a small hill, which he called “Belle Meadow.”

What started as a 250-acre property would become a 5,300-acre farm that raised thoroughbred horses. The farm survived the Civil War and was passed down through generations of the Harding family until they ran into serious debt in 1893. The plantation was sold in 1906 and was converted into an educational non-profit organization in 1953.

Founded in 1676 by Thomas Drayton, Magnolia Plantation and Gardens is renowned for its beautiful gardens and rich history. Located along the banks of the Ashley River near Historic Charleston, S.C., the 464-acre property has survived natural disasters, as well as both the American Revolution and Civil War. 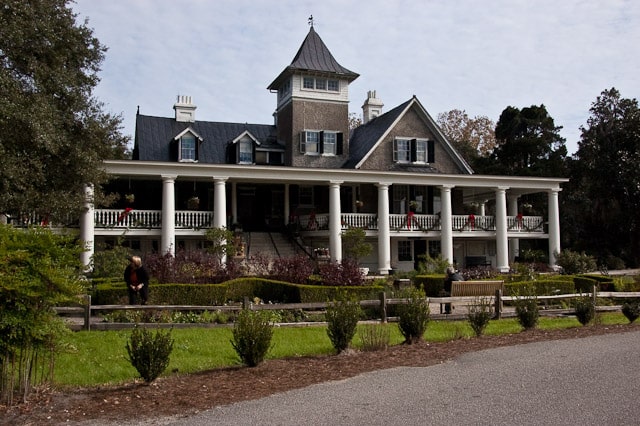 There is much to see and do at Magnolia, so be sure to carve out a couple hours to walk through all the gardens, take a tour of the magnificent plantation home and let the kids enjoy the petting zoo.

If you’re visiting the wonderful city of Charleston, you can’t miss Boone Hall. Located across the Cooper River in Mount Pleasant, S.C., Boone Hall is America’s oldest working plantation and the most photographed in the country. 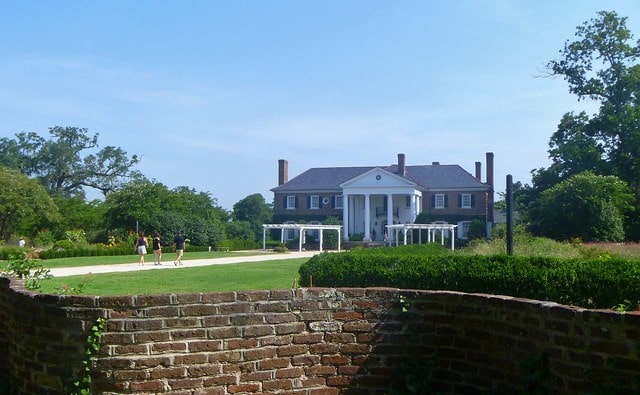 People from across the world come to Boone Hall to see its famous Avenue of Oaks, explore the working plantation and Georgian-style home and experience the only live presentation of Gullah culture at The Gullah Theater. Educational and awe-inspiring, it’s easy to see why this historical Southern plantation draws thousands of visitors each year.

Established in 1787, Destrehan Plantation was originally a thriving indigo plantation and sugarcane farm. Situated 25 miles from New Orleans, this antebellum mansion is noted for its French Colonial style architecture, which was later modified with Greek Revival style elements. 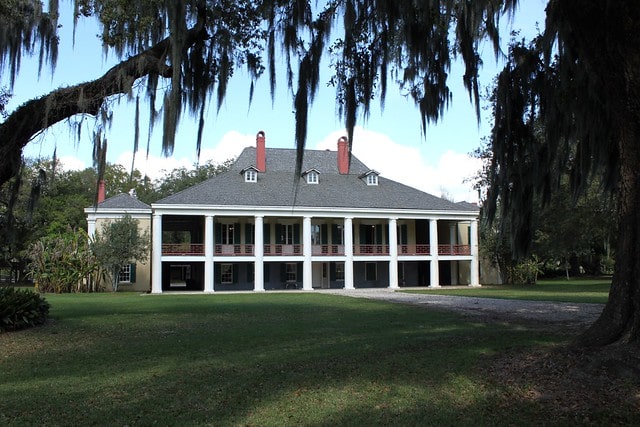 Destrehan Plantation has a fascinating history that starts with the plantation’s second owner, Jean-Noel Destrehan, who was deeply involved in the state’s politics, serving on the Orleans Territorial Council and as a U.S. senator until he resigned after a month.

Destrehan paved the way for the Creole system of slave labor, in which head slaves were appointed to oversee tasks on sugarcane plantations. Although the history is dark, the plantation’s costumed historical interpreters do an excellent job of telling the rich stories of the Destrehan family and the slaves who worked there.

A trip to Belle Grove Plantation gives visitors the opportunity to venture into the past and see what life was like for early settlers in Shenandoah Valley. Located near Middletown, Virginia, the 1797 antebellum plantation is still farmed today and features a large limestone manor house in Federal style architecture. 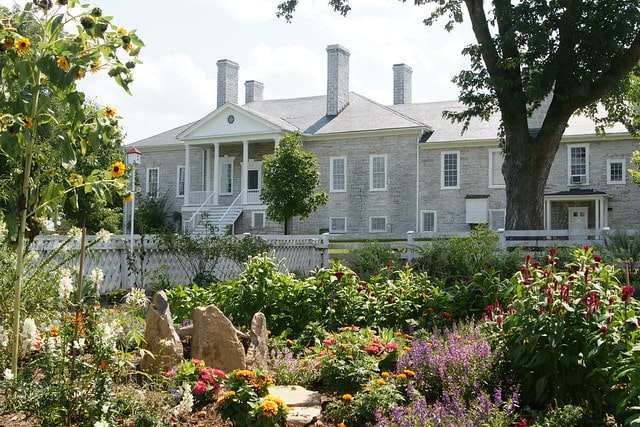 The impressive manor was built by Major Isaac Hite and his wife, Nelly Madison Hite, the sister of President James Madison. The home was originally named after Nelly’s grandmother’s home in Port Conway, Virginia, which is the site where James Madison was born.

Now a historic house museum, visitors can tour the large manor, an 1815 icehouse and smokehouse, a slave cemetery and a heritage apple orchard — all set against a stunning mountain backdrop.

Full of History and Charm

Before the outbreak of the Civil War, there were more than 500,000 plantations and farms in the South. Although many did not survive reconstruction, those Southern plantation homes that have remained well-preserved now offer an invaluable glimpse into our country’s storied past. 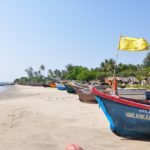 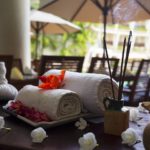 Top Retreats and Holidays That Will Change Your Life