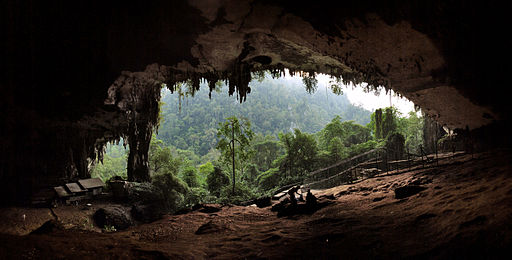 If you ask people about Malaysia, most will talk to you about the capital, Kuala Lumpur, and the central peninsula that includes Penang and Malacca, but the destination of Sarawak has much more to offer. There are thousands of islands and pristine rainforests in this part of northern Borneo. 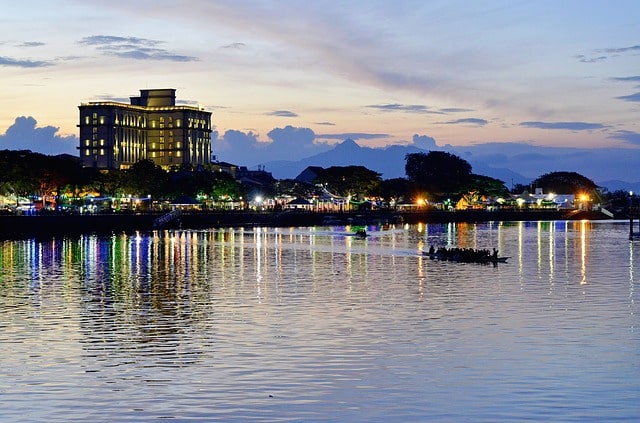 Government of the island of Borneo is between Malaysia, Indonesia, and the enclave of Brunei. Malaysia has two provinces covering its part of the island, Sarawak and Sabah.  Sarawak is situated in the northwestern corner of Borneo and has probably the better-developed tourism infrastructure as compared with Sabah. The province of Sarawak and its capital city Kuching, give the visitor a smooth transition from city life to the interior rainforest.

As the largest state in Malaysia, Sarawak is known as the ‘land of the hornbills,’ letting visitors know how abundant and diverse wildlife is in this magnificent region. Most travellers arrive in Sarawak by air from Kuala Lumpur; however, getting around in the province is not as easy. Most of the towns and cities are far apart, and although linked by frequent buses, the roads are far from being the smooth highways we know in Europe and America. This is one of the reasons to take a local tour to most of the large national parks, and some to see the indigenous people who still live in the dense jungle of the interior.

What To See and Do in Sarawak:

Sarawak is home to one of the world’s most diverse ecosystems, and there are a host of national parks throughout the province within easy reach of the two major cities Kuching and Miri. There are so many options it can be challenging to choose what to visit, and what to leave out.

The majority of tourists come to experience the rainforests, and especially the orangutans that live in the Batang Ai National Park. If you want to get up-close and personal with these primates, you should know that volunteers can take part in nesting research while trekking between lodges in the park. Be aware that most of the accommodation in the national parks are pretty basic, so don’t expect even two-star luxury. 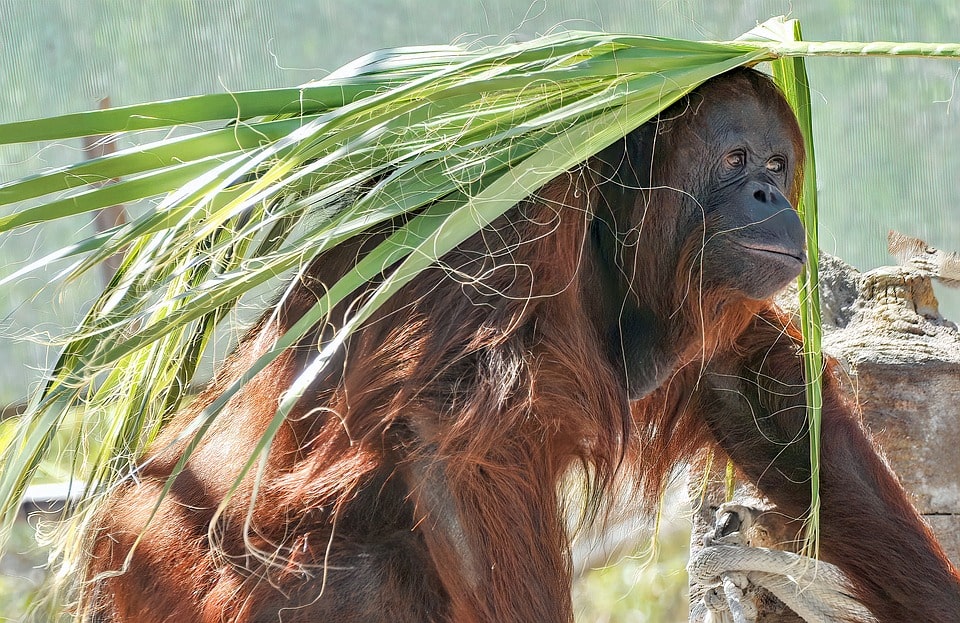 Less than an hour’s drive from Kuching is Bako National Park. The rocky peninsula juts out into the South China Sea offering mangroves which are home to saltwater crocodiles, almost two hundred species of birds, monitor lizards, and probably the highlight of any trip red-furred proboscis monkeys. There are hiking trails through the forest that takes in the beaches and cliffs. You can make this a simple day trip from Kuching, or if you decide to stay overnight, you can take a night trail with one of the wardens looking to see nocturnal animals such as flying lemurs and mouse deer. 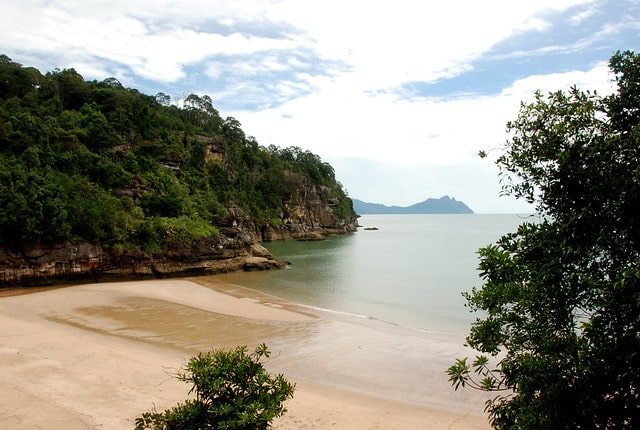 If you feel lucky, you could make the 85-kilometre journey to the Gunung Gading National Park and try and catch the world’s largest flower in bloom. The rare Rafflesia flower can be 75cm in diameter and only blooms for a week at a time. However, there is no particular season, and it’s all a matter of luck if you get to see one in all its blooming glory.

Even closer to Kuching is Kubah National Park, which is world-renowned for its palm trees and frogs. You can see more species in one place than anywhere else on the planet. A trail takes you through the forest to show off some the best examples; at the same time the croak of millions of frogs can serenade you.

The second largest town in Sarawak is Miri, and it is close to some of the best Malaysian national parks. Gunung Mulu, is probably the pick, although to get there you need to fly from Miri. The mountains covered in the rainforest are a UNESCO World Heritage Site. The hills are riddled with caves including the largest in the world, the Sarawak Chamber. There are guided tours of the caves and the national park. Many people spend time trekking through the rainforest as an excursion from the city. The trees are home to monkeys and the hornbill birds which are typical of Sarawak. Canopy walks bring you eye to eye with them.

If you are into caves and bats, then the Niah National Park is a must-visit destination. What makes this place different from Mulu is the archeology that goes with it. In the late 50s, a human skull was discovered in one of the caves dating back 40,000 years. It is one of the oldest human remains found in the region. The caves are home to millions of bats, and their nests are collected to make bird’s nest soup – I dare you!

The Lambir Hills National Park is a short journey from Miri and makes a great day trip. The extraordinary trails through the forest offer panoramic views of stunning landscape and gorgeous waterfalls.

All this walking and sightseeing is bound to make you hungry, so here are some suggestions for foods you should try to sample in Sarawak.

Malaysian food is rich in flavours, with a beautiful mix of herbs and spices, that will awaken the palate. Probably the most popular food in Sarawak is ‘roti canai’, which is a type of Indian flatbread served with a mix of curries or sambal, and daal. 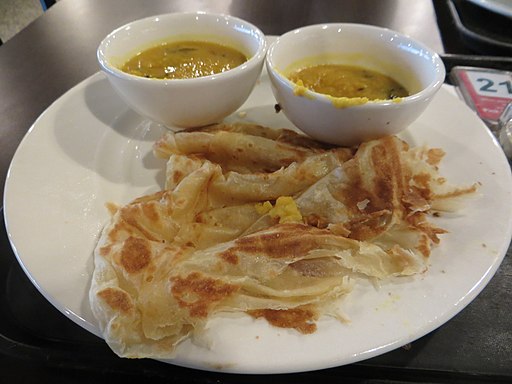 One of my favourite dishes is laksa, which is prepared with oyster, sesame, and soy sauce. It’s a concoction of spicy noodles laced with the tropical spice galangal. The Sarawak laksa is different from the type you might get in Singapore, or the Malaysian peninsula as it’s savoury taste comes from the mix of sour tamarind, lemongrass, and coconut milk that goes into the broth. The thin vermicelli noodles are topped off with shredded chicken or prawns. They say you can find the best laksa in Kuching. One of the traditional breakfast dishes is kolok mee. It’s a dry noodle dish, usually served heaped in a bowl with shredded roast pork on the top sprinkled with garlic and chives. And for dessert you have to try kek lapis Sarawak, or simply Sarawak layer cake. Different coloured layers of sponge are put together to make intricate designs. Each coloured sponge is a different flavour, which can send your taste buds into ecstasy.

To help you navigate your way through the many dishes and tastes of Sarawak cooking, the local tourist office has created a useful walking map of speciality restaurants and food stalls in Kuching. The plan is like a walking tour of the best places to eat, so you can’t go wrong.

Is It Going To Rain?

The answer is probably yes. Most of Sarawak has variable weather all the year around. One part can be dry and another wet. However, the peak months for tourism are the drier months of May – September. If you visit in December and January, you will undoubtedly have lots of rain. Having said that the temperature is a pretty constant 27-32C with a relative humidity of 80%. So it will always feel warm and a bit sticky. The weather is generally unpredictable, so the advice is to always carry a small umbrella with you for when it does rain as it may well be torrential though short-lived. If you’re going trekking in the forests, then it is essential you take wet weather gear, along with a waterproof for your backpack. It’s also advisable to have waterproof bags for phones, cameras and other electronic equipment.

What to take away with you?

After vacationing in such an exotic location,  my thought is always to buy a souvenir to remember the experience and to put on the desk at translation agency I work at. There is a large Chinese community in Sarawak who use parts of animals in their traditional medicine. However, be aware that turtle shells and crocodile skins may be available to purchase, but they are endangered species, and you may not be allowed to bring them into your home country. If you want to buy something typical of the province, consider handicrafts such as baskets and bracelets made by the indigenous people. 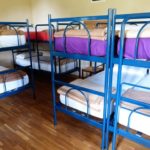 How To Sleep Better While Staying in a Hostel 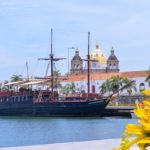 Travel Tips for Visiting Columbia For The First Time