Everything You Need to Know About Vaping in Airports

Summertime is characterized by vacation, fun and of course, travels. While extensive plans are underway and foolproof arrangements are being made, from passports and tickets to accommodation and tour guides; one new thing to consider may be vaping.  If you are into it, Vaping may affect your travel destinations and routes altogether.  It will be important to gather your information well in advance of your travels.

Here is everything you’ll need to know about vaping in airports!

It is very important to check with the airline you choose to travel with regarding their vaping and E-cigarette policy. The majority of the airlines now have defined rules and distinct policies regarding the allowance of E-cigarettes on board. Most do not allow you to carry them onboard. It is always advisable, however, to check directly with the airline by logging on to their website or by contacting them through email or social media outlets. It is highly unlikely that any airline would allow you to vape on-board an aircraft.

You may also wonder if you would be allowed to vape prior to boarding the plane. For this, it is important to know about the vaping policy of different airports. Some airports have a strict policy towards vaping on their premises, while others have a somewhat more lenient policy. Also, if there is an extended layover, it is wise to plan for it ahead of time, vape-wise as well!

Carrying Batteries and Accessories along the International Regulations

Where to store your E-cigarettes and accessories while you travel is another consideration. There is now a worldwide ban on carrying e-cigarettes in the checked luggage that goes into the hold of the aircraft. The International Civil Aviation Organization, in its amended version of 2015-2016 of its Technical Instructions for the Safe Transport of Dangerous Goods by Air stated that it is not considered safe anymore to store E-cigarettes in the aircraft’s hold which implies that you need to store any hardware including batteries, vape tanks and of course e-cigarettes in the carry-on bag.

At some airports, vaping is permissible in the terminals. UK allows you to vape as far as the gate, but vaping within the terminals is off-limits at Glasgow and Edinburgh airports. Other airports around the globe like Munich or Charles de Gaulle allow vaping in designated areas often in unison with the smoking areas. However, if you are not a fan of second-hand smoke, this may not thrill you as such.  Likewise, airports in the United States have varying policies with some allowing vaping and some not.

It is interesting to note that carrying liquids on flights have been under a ban for years now and e-liquids come under the same category. Just like carrying perfumes or liquid makeup items are restricted; it is only wise to strictly follow the prescribed rules for carrying e-liquids in the carry-on bags and also to carry spare bottles in the checked baggage to be on the safe side. Also, it will be sheer stupidity to get past airport security with e-liquids so be sure to pack away the liquids in the luggage to avoid losing or wasting the e-liquid.

Waiting and vaping in airports!

It is also to be noted that however easy it may seem, vaping in public areas and restrooms are forbidden and may result in ejection from the airport altogether. A safer option is to chew on nicotine gums or lozenges or smokeless tobacco like snus. These products may not be satisfying as actual vaping but then these will also prevent you from getting into trouble!

What Law Has to Say

Keep in mind, it’s advisable to get good know-how on the legal status regarding vaping of all the countries you plan to visit on your vacation.  Different countries have very different laws and policies regarding vaping.  Most countries allow vaping in general, while some put restrictions regarding tobacco and nicotine levels.  Still others have a clear cut ban on vaping.  Be aware the act of vaping is punishable by law in those places. It is difficult to list the exact legal status and the said countries so it is always wise to do prior research. Also, the legal statuses tend to change in various countries with time and changing the situation of users, so to update your knowledge is also important.

In a nutshell, vaping and carrying e-cigarettes along while traveling should be the center of your attention like any other necessary documentation and vital arrangements. Being well versed with the laws and also the flexibilities that these laws allow to enjoy the leverages afforded by those very laws is imperative to avoid any inconveniences along the way. So the mantra is, either leave your e-cigarette at home or be well prepared to go with the flow of the legalities involved for a hassle-free, true-to-its-essence sort of vacation this summer! 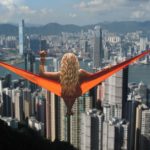 Quick Easy Tips for Planning a Trip to Asia 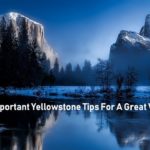