Top
Wicked Good Travel Tips / Good To Know  / What Can I Take On An Airplane? – TSA Regulations 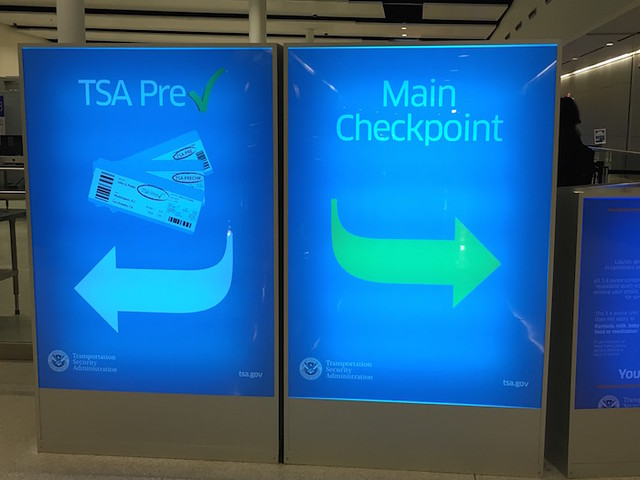 What Can I Take On An Airplane? – TSA Regulations

Here are easy guidelines for understanding TSA Regulations for airline carry-on restrictions and determining what things you can carry on an airplane.  TSA regulations change from time to time and you should always check the TSA Website for final word, but here are answers to the most asked questions about carry on regulations in the United States.

Can I take A Small Knife On An Airplane?  The answer to this questions WAS about to change on April 25, 2013, but due to a huge outcry by the public, airline employees, and Congress, the new TSA guidelines allowing small knives to be brought onboard in carry-on luggage has been suspended, for now.  Likewise the new regulations allowing some sporting equipment such as hockey sticks, golf clubs and small baseball bats have also been put on hold.  Stay tuned for further updates as the TSA grapples with these issues.

Can I Bring Food From Home On A Plane?
Yes, as long as it’s solid, sealed and cannot spill while going through the x-ray machine (and if you don’t mind having your food x-rayed).  A sandwich, chips and banana are all expamples of acceptable items that can be taken on an airplane.  If the item is not solid, it will fall under the 3.4 oz rule, so don’t take jellies, syrups, sauces or dips – they would have to go in your 1 quart liquids bag.  Let the TSA screener know in advance of going through the machine that you have food items.

Can I Take Coffee or Water On A Plane?
You will need to purchase the coffee or beverage AFTER you pass through airport security in order to avoid the 3.4 ounce liquids rule.  Then you can sip your beverage at leisure and take it aboard the aircraft if you wish.

Can I Take Wine or Alcohol Shots On An Airplane?
Yes and no…  The TSA won’t mind if you bring ‘nips’ through in your liquids bag (as long as you are over the age of 21), but most airlines have rules stating only flight attendants can serve alcoholic beverages.  If you decided to bring your own shot bottles onboard in your carry-on bag, you would need to be very discreet about consuming them, or they will be confiscated by the crew.  For bottles larger than a nip, they would have to be packed in your checked baggage.

Can I Bring Medical Marijuana or CBD Oil On An Airplane?
Even though the use of medical marijuana (cannabis) has been legalized in 28 states in America, it still remains illegal on a Federal level and is therefore not allowed.  HOWEVER, regulations have recently changed for CBD products that are hemp-based.  Hemp-derived CBD products and FDA approved medical marijuana medicines are now allowed through TSA checkpoints.  The distinction is that CBD produced from hemp does not contain the hallucinogenic properties of marijuana plants.  As always, it’s best to check with the TSA site directly and if you are traveling internationally, you must make yourself aware of the regulations in the countries you will be visiting.

Can I Take An Electronic Cigarette On An Airplane?
UPDATE – TSA has just banned electronic cigarette devices from checked baggage – they MUST be packed in your carry on and may not be recharged during flight. The TSA does not ban e-cigs from going through security, but you must pack them appropriately and then once aboard the plane – YOU CANNOT USE THEM.  No-Smoking regulations on airplanes and in airports apply to e-cigarettes as well.  To pack your e-cig, separate all the components, placing liquid in your 3-1-1 bag, charger with your other electronics, and the e-cig tube in an easily visible place in your bag.

Can I Take Liquid Medications On An Airplane?
The TSA waives the 3.4 ounce restrictions for both perscription and over-the-counter medications that are necessary for a traveler’s health.  You should speak with the screener in advance and let them know that you have a medical condition that requires medication and identify it for the screener.  You should pack the medication  in a see-through bag that is seperate from your 1 quart liquids bag.

Can I Take More Than 3 ounces Of Baby Food On An Airplane?
Yes, certainly in reasonable quantities, unopened, and as long as you are traveling with children.  You should alert the TSA screener that you are traveling with baby food and where it is located in your carry-on, prior to the bag going through the x-ray machine.

What Are The Rules For Taking Breast Milk And Formula On An Airplane?
You may take as much liquid milk, formula, and juice as your child will need during the flight.  Again, make the TSA screener aware of the quantities and locations of these items prior to them going through the x-ray machine – they may require further screening.

Can I Take A Cigarette Lighter or Matches On An Airplane?
Common lighters are now allowed, but you cannot carry on a lighter that produces a torch like flame.  Torch lighters are most often used for lighting cigars or pipes and cannot be carried onto an aircraft.  Common cigarette lighters are allowed and it does not have to be in your liquids bag.  A book of safety matches is allowed – strike anywhere matches are banned.

Can I Take Tools On An Airplane?
Sharp implements are banned.  If the tool you wish to take is not sharp or is under 7 inches, it will probably be allowed.  Check the TSA’s regulations for special items to be sure.

Can I Take My Knitting Needles On The Plane?
Yes, knitting needles and other equipment for needlework projects are allowed.  Sharp blades to cut the threads however may not be permitted, so be sure that you have short snub nosed scissors.

Can I Wear Gel Inserts In My Shoes On An Airplane?
No, unfortunately not.  You will need to remove any gel shoe pads prior to going through airport security.

What Pets Are Allowed on Airplanes?
Every airline has different regulations about what pets (and what size animals) are allowed either in the passenger compartment or the baggage compartment of the airplane.  You should phone the airline in question to obtain the precise information, and medical screenings required to fly with your pet.  You will be allowed to walk your pet through TSA screening – they are never put through the x-ray machine!

Can I Take Cremated Remains On An Airplane?
Both the TSA and Airlines have clear procedures for traveling with cremated remains whether they be human or pets.  The most important thing is to have proper documentation and a container that can be scanned through TSA security.  Here is an article we’ve written that will explain the process:  Simple Steps For Flying With Cremated Remains. 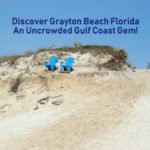 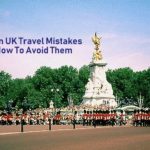 Classic UK Travel Mistakes and How To Avoid Them