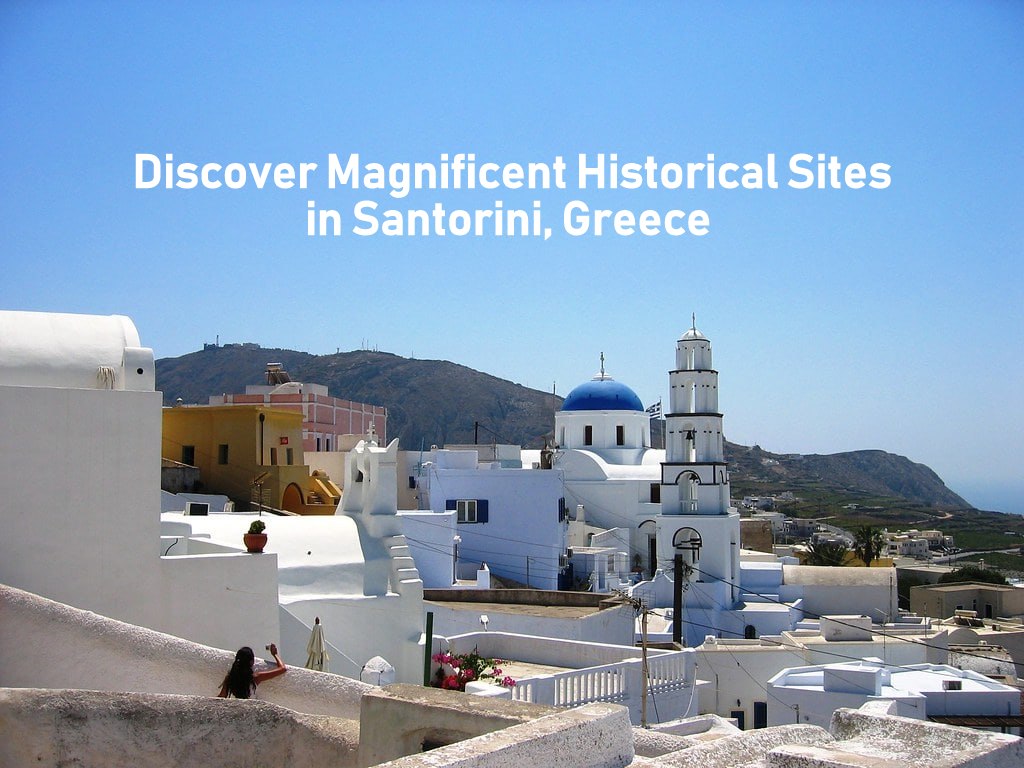 Discover The Most Magnificent Historical Sites in Santorini

Explore The Most Magnificent Historical Ruins in Santorini Greece 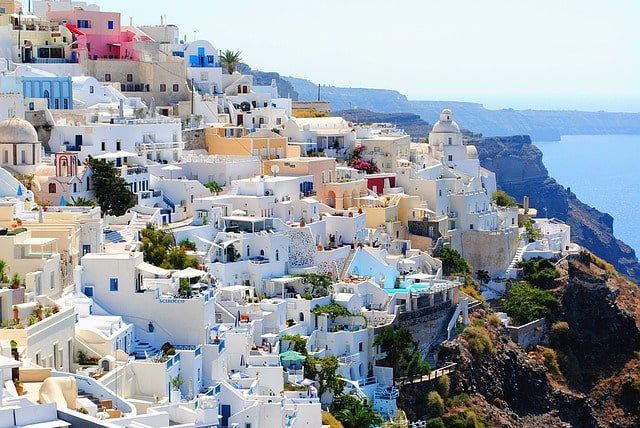 Santorini actually consists of several islands, created over thousands of years by volcanic eruptions that have formed its rugged terrain and left a hollow, known as a Caldera, that is up to four hundred metres below sea level. Anyone intending to travel around the Greek islands should include this unique destination.  Santorini not only offers incomparable views and sunsets, but also magnificent historical ruins and several archaeological sites as well.

The Preserved Remains of Akrotíri

Situated near its modern equivalent, this ancient Minoan city was originally a fishing village, but it prospered and grew due to its position on the international trade route, to the extent that it even had its own parliament. A volcanic eruption in 1600 BC destroyed both the infrastructure and inevitably, the local culture, leaving it preserved in ash until 1967. 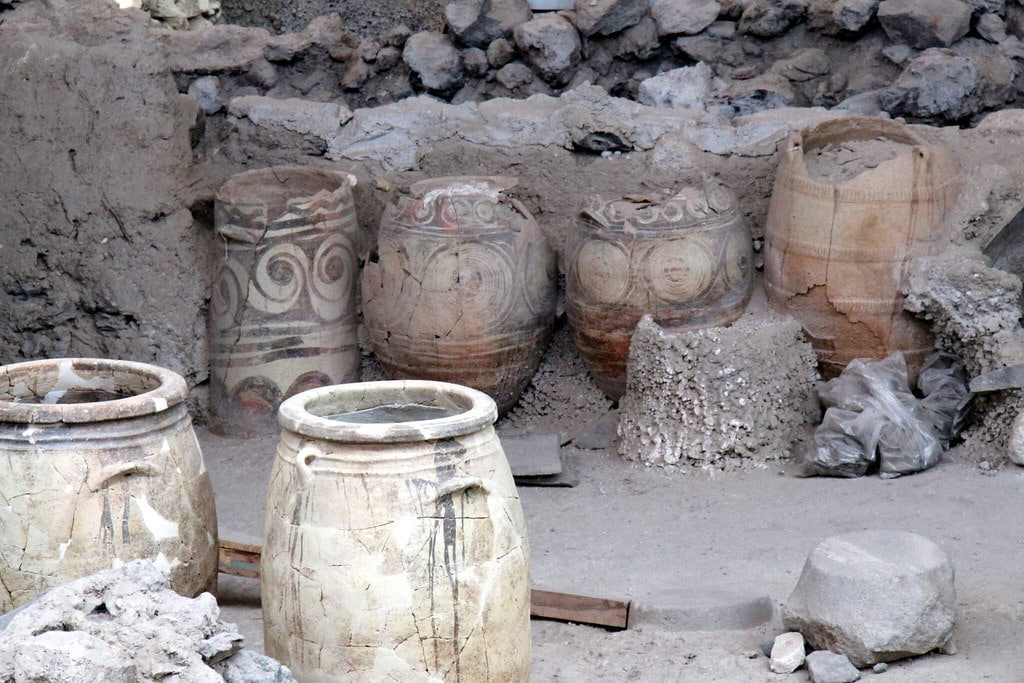 Walking on wooden platforms under a cool covering, you will discover one of the best-preserved and most important archaeological sites in southern Europe. You can view roads, drains and three-storey houses with pottery, furniture and sanitary systems, while you wonder whether there is any truth in the legend that this is the lost city of Atlantis.

Forty buildings have been recorded, but as much as two thirds of the site still need to be excavated, which could take another hundred years. It has been compared to Pompeii, but unlike the Italian city, there are no bodies. It’s probable that the inhabitants had time to escape, but no one knows why they didn’t return.

Walk around this fascinating museum in Firá (or Thira or Thera), the capital of Santorini, which houses Minoan frescoes removed from Akrotíri. Watch out, too, for treasures such as a gold ibex statuette from the seventeenth century BC, clay models of animals from Ancient Thera, pottery, and fossilised olive tree leaves from 60,000 BC.

The Ruins of Ancient Thera 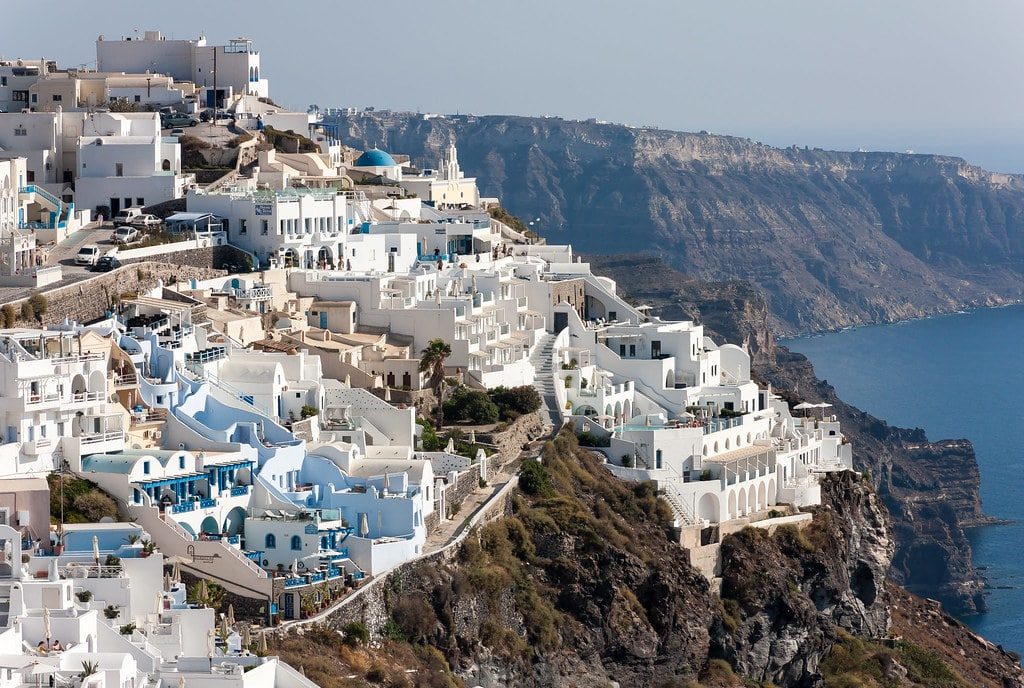 The Dorians arrived in Firá in the ninth century BC, and the old part of town still boasts ruins and temples from Hellenistic, Roman and Byzantine cultures. Wander round the ruins to discover dwellings with mosaics, temples, a market, theatre and gym, all backed by breath-taking views. Some items are displayed in the archaeological museum.

The imposing rock of Skaros, standing three hundred and thirty metres above sea level, can be seen from elsewhere on the island, and is a pointer to the medieval capital, where a Venetian castle, church and various living quarters were part of Santorini‘s past life. Continue climbing for amazing panoramic views of the Caldera. 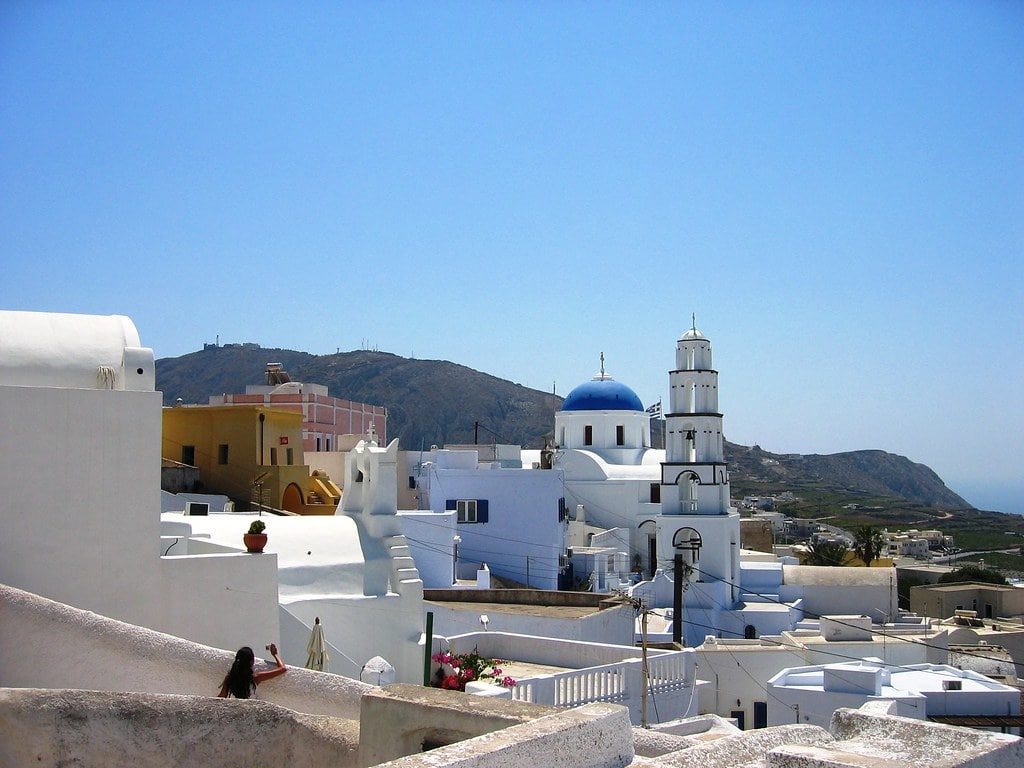 Pyrgos was the island’s capital until 1800, and today, its white bungalows sit below the ruins of a medieval castle. From here, travel to the highest point on the island, Mount Profítis Ilias, for its monastery, which operated a secret school during Turkish rule. A museum and yet more unforgettable vistas also await you.

Santorini is renowned for its wine and its grapes, enriched by the black volcanic soil. Some of the vineyards are historic in themselves, being thousands of years old, so before you travel any further, a visit and tasting is all part of discovering the island’s history! 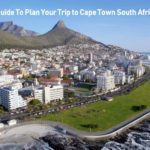 How to Plan Your Ideal Trip to Cape Town 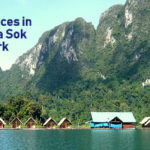