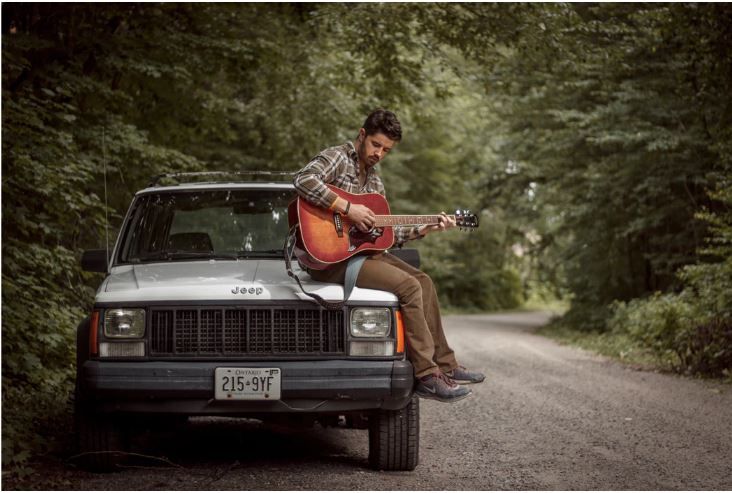 Planning and preparing a road trip is an important process to go through before hitting the road. Whether it gets you stressed of excited, when hearing ‘road trip preparations’, you probably think of the route and places to visit.

Most people plan what roads to take and where to stay, they decide what to pack and make sure the car is in a proper condition. But some have one more crucial point on their to-do list: preparing road tripping music! And those who think about it in advance are definitely right. After all, would any road trip be complete without the perfect tunes to get you in the adventure mood?

Music in the Car

Music plays a big part on any journey in a car. A recent study conducted in the UK showed that 58.8% of car goers listen to music in the vehicle simply for the love of music. Most respondents chose the radio as their favourite source of music.

In the US, over 57% of drivers still listen to an AM/FM radio in the car – it’s by far the most popular form of media, and the car is the number one place for listening to the radio. However, it’s worth noting that listening to the radio doesn’t necessarily mean the same thing now as it did in the past – many listeners stream their favourite programs, be it music, sports, or news, from such platforms as Sirius or iHeart.

Equally, sales of CDs have dropped off incredibly over the last few years, but people still carry them in the car. Perhaps that’s just because even today, most cars have a CD player fitted, and until the majority of cars loses that function (which is happening), that will remain the case.

It isn’t just about music though – there’s plenty of ways to keep everyone entertained when road tripping, travelling, or even commuting. In today’s technologically advanced world, devices practically become a part of the society. So there is a lot more than ‘I Spy’, or a crackly radio that needs re-tuning every five miles: more and more often we use visual media or gaming in the car.

The car is now viewed as a third living space, right behind our home and office space, which means we’re trying to take as many ‘home’ comforts with us as possible when out and about. The in-car entertainment is particularly important when travelling with kids on family holidays – only a parent can tell you exactly how long a long journey feels with bored kids on board!

The multi-use devices enable car goers stream visual media, listen to any music you want, play games, research the holiday area, check the traffic and weather … the list is almost endless. The modern in-car entertainment is probably one of the greatest inventions – it works perfectly as a boredom killer during road tripping as well as a great cure for painful daily commutes.

So once you’ve decided where you’re going and, the car is ready, the kids have chosen their soft toys or smart phones that will be travelling with them, and now it’s time for the music.

Whilst some drivers view music as a distraction, nearly 25% of drivers claim that music helps them to stay focused when driving. Singing along to your favourite track is a great way to shake of the monotony of endless motorway miles – nearly 80% of us like to sing in the car … that’s almost four times more than singing in the privacy of the more traditional venue – the shower!

Although music tastes vary across car drivers and passengers, the most commonly chosen songs for road tripping playlists are usually such classics as ‘Bohemian Rhapsody’ by Queen, ‘I’m Gonna Be (500 Miles)’ by The Proclaimers. We willingly listen to Oasis, AC/DC and ABBA (pretty obvious which song is the winner here!). Also newly released singles often make it to the top of our road tripping lists, this and last year involving, among others, Adele’s ‘Hello’ and Ed Sheeran’s ‘Shape of you’.

While choosing your destination you must have found a thing or two that got you interested in it. Now that you’re excited to experience this place, expand your research and check its traditional music. To get into the spirit, make a playlist with the pieces you like or you found that are important. It’s a great way to maximise the experience, relate to the locals, and understand their culture better.

Some people compile their playlists according to the route they’re taking. You might be, for example, driving through vast, picturesque scenery, still very far from the final destination. If you prefer to focus on the road and journey itself, pick the songs with relevant lyrics. Imagine speeding down the 66 route with ‘66 Highway Blues’ or ‘Sweet Home Chicago’ in your speakers!

There are also tonnes of great songs about travelling which are always a great complementation to any road tripping playlist. If you’re a spontaneous road tripper driving with companions, you can always ask them to take turns Bluetooth streaming their favourite music to your car speakers. Compiling the most singable pieces for a car-aoke might be a great idea too (be super careful with this one, though!).

Finally, if you don’t want to look for specific tunes, simply play whatever makes you feel good. All things freedom, sun, adventure, and happiness will work!

And finding the perfect playlist, even in the least attractive parts of your journey, (providing you don’t get stuck in the loop of one favoured song or theme tunes from the kids’ favourite shows), it will help pass the time as you rack up the miles. Just try not to give it the full ‘Wayne’s World’ head banging routine and the miles will pass unnoticed. 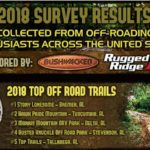 America’s Top Off Road-Trails and Parks 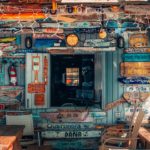