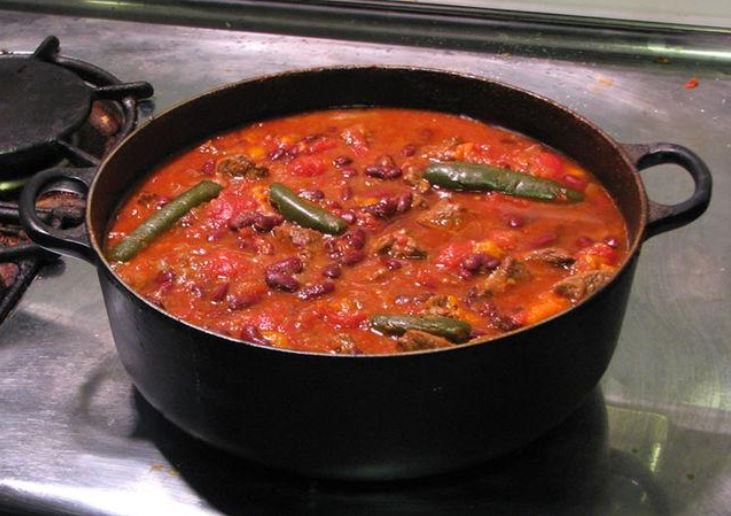 Spice Tour: Top 7 Cities in the World for Spicy Cuisine

Whatever the case, spicy food has slowly but surely been taking over for much longer than you’d expect. Chile peppers are indigenous to the Andean region of Bolivia, Ecuador, and Peru, where native tribes began eating them over 10,000 years ago. Two of the most successful nations, the Mayans and the Aztecs, made chiles an essential part of their diets. After Christopher Columbus sailed over in 1492, chiles made their way overseas to Portugal and Spain, and then to countries like Thailand, India, and Hungary, where they’re essential to the cuisine.

You can’t say “Tex-Mex” without including the word “chili,” and we’re talking both the powder and the dish. The powder traditionally consists of cumin, ground up chiles, garlic, and oregano, while the traditional Chili Con Carne dish includes beef, chili powder, dried chiles, onions, and sauce. For Tex-Mex, one restaurant rules them all: L & J Cafe in El Paso. Voted best Tex-Mex in USA Today’s poll of experts and readers, L & J does some amazing things with chili and chiles.

It makes sense that you’d find the best Tex-Mex in El Paso, because the city sits right on the Mexican border. While you’re in El Paso, check out some of the sites to see, including the Franklin Mountains State Park, which is America’s largest urban park at 37 square miles with a mountain that climbs to 7,000 feet. It’s a good place for a hike to burn off all that Tex-Mex.

Where to begin? Whether it’s the street food, lunch at one of Latin America’s 50 Best Restaurants (in Mexico, the majority of them are in Mexico City), the pozole at Dona Yoli or Los Tolucos, the tacos at El Borrego Viudo or Tacos Don Juan or Pujol, the tostadas, the Cochinita Pibil — in Mexico City there’s something for traditional and modern Mexican food lovers alike. You can find extremely spicy comida, but you can also find savory or tangy comida to satisfy a variety of tastes.

While you’re in Mexico City, be sure to check out the Unesco World Heritage site Xochimilco, which is just 17 miles south of the city. Here, you’ll get a taste of Mexico City’s Aztec heritage at the Museo Arqueológico. You’ll see floating gardens, take a brightly colored trajinera ride in one of the many canals, and mariachi bands will serenade you.

Peru’s gastronomical heritage is colored and spiced with aji peppers, which figured prominently in Peru’s pre-Columbian cultures. In Lima, you’ll find some of the absolute best cuisine Latin America has to offer.

Coming in at number 2 on the list of Latin America’s 50 Best Restaurants, Central is an avant-garde Peruvian restaurants that frequently earns accolades as one of the best restaurants in the world. For a taste of what modern Peru has to offer, try Astrid y Gaston. For some incredible ceviche, head over to La Mar, and to check out some exotic Andean cuisine, visit Malabar.

While you’re in Lima, visit Ciudad de los Reyes (City of Kings), which is Lima’s Historic Centre. Among other architectural wonders, UNESCO considers the fantastic San Francisco Convent part of why the Historic Center has “Outstanding Universal Value.”

Thanks to the Scotch Bonnet pepper, which clocks in at 100,000 to 350,000 Scoville Units (Scoville Units are the international measurement of spiciness), Jamaican jerk chicken famously packs a ton of flavor and a ton of spiciness into one dish. Curry goat, another famous Jamaican dish, can also be quite spicy if you so wish.

On Jamaica’s west coast, the town of Negril sports many of the best restaurants on the island. At Kool Vybes Bar and Jerk Centre, a vibrant tropical food shack, find plates of succulent, juicy jerk chicken with an incredibly tasty and spicy sauce served on the side with rice and vegetables. At Blue Mahoe, watch the sunset on the beach bordered by a rock wall and sample the fantastic jerk fish tacos — which aren’t very spicy but they can make them to order — or the jerk chicken alfredo.

While you’re in Negril, check out the beauty at the Negril Cliffs, where you can go snorkeling, tour the lighthouse, grab a cold drink at a cliffside bar and bask in the sun.

Ethiopian cuisine can be quite spicy, not to mention flat-out delicious. The heat in many Ethiopian dishes begins with Berbere, a blend of spices in which dried red chiles figure prominently.

Addis Ababa has so many great places to eat. At Yod Abyssinia, sample traditional Ethiopian food in all its no-nonsense glory, with plenty of injera, a spongy, pancake-like bread that serves as your utensil and a staple of every meal. Try the shiro, a cross between curry and hummus, alongside derek tibs, which is chunks of goat or beef fried in spiced butter and served with jalapenos and tomatoes. At Tikus Shiro or Kategna Restaurant — both great spots for shiro — try doro wat, a chicken stew with egg, Berbere, and onion.

Besides the food, Yod Abyssinia offers Ethiopian cultural entertainment, including dancers and music. You’ll also want to view the Ethnological Museum, which includes exhibits on Ethiopia’s history and modern art.

In Thailand, the flaming hot Thai chile (70,000 – 130,000 Scoville units) graces many a dish, and instead of veggies and dip, you’ll find a combination of roasted chiles and fermented shrimp paste called nam prik. In Thailand, spice makes the cuisine pop and it’s not an exaggeration to say Thai food is considered by many to be the best spicy food on the planet.

The Michelin stars have descended to alight on the brows of 7 top-flight Bangkok restaurants. Among them, the beloved Raan Jay Fai has the distinction of being a street food spot whose owner, Jay Fai, is carrying on her father’s legacy and recipes for a customer base enamored with every bite. Besides the Michelin star winners, there are so many highly rated restaurants and street food vendors in Bangkok, you could throw a rock from almost anywhere in the city and hit one. Of course try the Spicy Basil, the Tom Yum (hot and sour) soup, the green curry, and Jay Fai’s crab omelet (make a reservation at Raan Jay Fai — seating is extremely limited).

While you’re in Thailand, don’t miss your chance to see Wat Arun — the Temple of Dawn, it’s a gorgeous relic of historic Thailand, and a fitting symbol for the aesthetic distinction of Thailand’s cuisine.

If you need yoghurt to calm down your curry in India, you’re definitely a tourist. That said, there’s no shame in admitting your pain as you gulp down a bowl of Vindaloo, a curry dish with a masala (mixture of spices) level that prompts many American palettes to tap out.

In Delhi, Indian Accent stands out for its offerings that span regions across the country, and the recipes include ingredients from all over the world. Get a reservation because Indian Accent has earned a ton of awards, including India’s Best Restaurant — it just might be one of the best restaurants in the world. Elsewhere, Bukhara offers Tandoori cuisine par excellence. No one will blame you for ordering the Tandoori Jhinga, a house signature dish that features prawns marinated in a variety of delectable things, including garam masala and hot red chilli powder.

After you’ve feasted, it’s time to feast your eyes on the Swaminarayan Akshardham, a majestic Hindu temple in New Delhi made entirely of sandstone and marble. The temple’s many statues (20,000), pillars (234), and domes (9) are more than enough for the eye but be sure not to miss the Sahaj Anand Water Show, with its multi-color lasers, video projections, underwater flames, water jets and surround sound in symphony with lights and live actors. 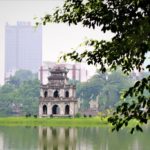 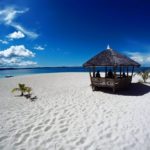