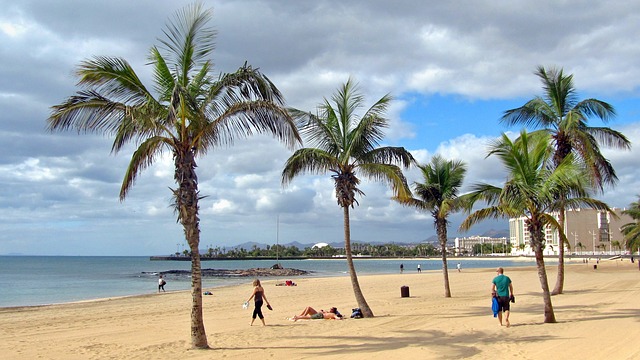 Top Activities in Dramatic Lanzarote in the Canary Islands

The Canary Islands have a reputation for being laid-back places where you can watch the world go by in comfort, sipping a local lager and working on your tan. Sure, this is a fine way to experience a holiday, but if time is short, you need an itinerary that allows you to experience everything the island has to offer – and we’ll provide the best activities in dramatic Lanzarote.

Going to Lanzarote and not spending at least one afternoon by the sea is nearly impossible. The volcanic isle has mile after mile of golden sand beaches, meaning that every type of beach-goer is well catered for. From remote stretches of sand at Costa del Papagayo to the ultra-chill neighbouring isle of La Graciosa, be sure to make time for a little bit of seaside sun-worship on your trip.

More lively resorts such as Puerto Del Carmen and our personal favourite, Playa Blanca, are available if you fancy combining your beach trip with a meal at a well-regarded restaurant such as Playa Blanca’s La Cocina De Colacho.

As an island hewn out of tectonic forces and volcanic power, Lanzarote’s dramatic landscape is begging to be explored, either on foot or by other means. The Timanfaya National Park is an unmissable destination where you can walk amongst volcanic fissures and a borderline alien landscape.

If walking’s not your thing, then don’t fret – camel rides are available through the valleys for a very competitive price. These dutiful dromedaries are used to human contact, so there’s no reason be shy around them.

Of course, a trip to Timanfaya isn’t complete without making the journey to the El Diablo restaurant, where your food is cooked using the natural geothermal energy seeping out of the volcanic soil.

For such a small island, Lanzarote’s cultural clout is fairly impressive. It’s not all sun, sand and volcanoes – the island has played host to an array of cultural figures that have left a mark on the local landscape in more ways than one.

The most important cultural and artistic figure emanating from Lanzarote is one César Manrique, a sculptor, architect and all-around creative dynamo.

Born on the island, Manrique made his name as a painter in New York City but returned to his native isle in the late 1960s where he had a massive impact. He designed the Jameos del Agua (part of which is pictured below) a cultural hub hewn out of a subterranean volcanic air bubble, the Mirador del Rio, a viewpoint again built into the landscape, and smaller scale sculptures such as the Juguetes del Viento – ‘wind toys’ that move with the isle’s famous Atlantic breeze.

Manrique was a passionate defender of the island’s natural beauty, and led a campaign to ban billboards on Lanzarote – and his influence is the principal reason why almost every building on the island is painted white. Visiting his foundation in the town of Haria is a must to truly understand the man’s political and ecological influence.

Lanzarote also has literary heritage, as Nobel Prize-winning author José Saramago spent his last few years in the small town of Tias, where his home has now been converted into a visitor’s centre celebrating his life’s work in the realm of allegorical fiction.

If cultural visits aren’t high-octane enough for you, then you should consider indulging in something a little more active during your time on Lanzarote – and there’s plenty of sports and experiences to choose from.

Hiring a fat bike (with extra large tires) to traverse Lanzarote’s unique terrain is an emerging option, while the more adventurous amongst your party may opt for a paragliding trip – as the local climate and warm, gentle winds make it ideal for your first time experiencing this type of activity.

Scuba divers are also well catered for, as there’s even an underwater museum to explore just off the coast of Playa Blanca. The eerie Museo Atlantico features sculptures from UK artist Jason deCaires Taylor depicting everything from the migration crisis to our self-absorbed culture.

Canarian cuisine is severely underrated – you simply can’t spend time on the island without sampling some of the local food and drink. Tapas is known locally as enyesques and you can expect these to include papas arrugadas – a twist on patatas bravas using potatoes grown in the local volcanic soil known as picón, served with mojo spicy sauce.

Asking for enyesques alongside a local wine and following it with some locally-caught seafood dishes is a quintessentially Canarian way to eat, and you’ll find eateries offering such meals in abundance in Lanzarote, especially if you’re willing to stray off the beaten track.

We hope this post has convinced you to see a little more of Lanzarote than you were initially bargaining for. With a rich culture, tasty food and an abundance of extreme sports options, you won’t be short of things to do on your trip! 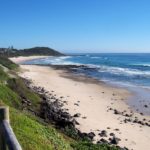 Why Choose Ballina Australia For A Fun Family Holiday 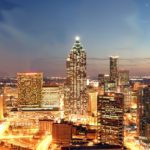