How To See The Best of France In 14 Days

I believe that everyone should visit France at least once in their lives. Once you get there, it’s really an enjoyable challenge trying to decide what to see and do. France is famous for its food, wines, fashion, architecture and scenery. It offers stunning beauty from mountains to ocean. There are also great museums, historical World I and II battlefields, and famous Chateaux. This 2-week itinerary travel through France makes a great introduction to this amazing country.

Paris, also known as the City of Light, is a perfect place to begin your experience in French culture, and most visitors enter the country at nearby Charles de Gaulle airport.   Of course, you shouldn’t miss the top sights in Paris such as the iconic Eiffel Tower, home of some of the popular and world’s greatest art – the Louvre, and the Cathedral of Notre Dame. Next, go to Montmartre,  hang out on the sacre coeur steps, then tour around the Seine River and the Champs-Elysees, one of the world’s most famous boulevards in the world. By now, you will be tired already so rest your feet over some wine or café at an outdoor café. While enjoying your wine, plan your next sightseeing destinations.

Escape the clamor of Paris by touring around the Palace of Versailles. Once a small village, but now Versailles is a suburb where wealthy and prominent Parisians live. Before the French Revolution in 1789, it was the political power base of French royalty. The palace started out as a hunting lodge for King Louis XIII. After the revolution, the palace fell into disrepair, but it has been restored to its former grandeur.

Mont St-Michel, also known as le Michelettes, resolute resistance inspired the French, especially Joan of Arc. It is one of the most popular landmarks in France. This landmark served as a defensive site back in the sixth century. You can go there by foot when the tide is low.

Famous for its Tapestry and the D-Day beaches of World War II, Bayeux has an amazing Bayeux Tapestry, made in England, to honor the Norman conquest of Britain in 1066. Today, this tapestry hangs now in Bayeux Cathedral. In the history of Bayeux, it is the starting point for a tour of the beaches, the Allied forces landed in Normandy pushing back the Nazis on land. This historical Normandy coastline witnessed a bloody fight between 160,000 soldiers, with more than 9,000 soldiers dying on the beaches now named as Sword, Gold, Juno, Omaha, and Utah.

Once home to the French royals, Amboise is now a small market town. Located in the center of France on the Loire River, Amboise is the town where Leonardo da Vinci died in the manor house of Clos Luce. The home of King Francois I, Chateau d’Amboise, who invited da Vinci in his home, dominates the town.

Get amazed at some amazing sights of chateaux and castles along the Loire River. The French royalty and nobility chose to stay here even after King Francois I moved back to Paris. Considering that some of the homes here were destroyed during the French Revolution and World Wars I and II, these homes remains picture perfect. You should include also in your itinerary seeing chateaux de Blois, de Chambord, de Cheverny, de Chaumont, and de Samur.

Wine lovers will definitely enjoy the charming city of Bordeaux, as it is famous for its red wines. Since the 8th century, French people have been making wine here and also host the world’s premier wine fair, Vinexpo. Aside from touring around in some of the wineries here in Bordeaux, don’t forget to tour around the city itself. Bordeaux has a lot of historical landmarks than any place in France after Paris. Some of the most popular places to visit here are the Bourse, with the statue of Louis XV, churches of St. Pierre and the Holy Cross, Europe’s largest square, and Esplanade des Quinconces, Europe’s largest square.

Carcassonne is a fortified medieval city in southwestern France and is known for its outstanding city walls. It has been a fortress during the Roman times. To get a better feel for this fortification, consider wander through the streets inside the wall, and go inside the castle and cathedral. This stunning city is also known for its boat cruises on the Canal du Midi and for its wines.

Don’t worry if you have no time visiting the Vatican in Rome because you can still see how popes lived at the Palais des Papas in Avignon. During the Middle Ages, seven popes ruled from the southeastern French city. There are so many churches and chapel that can be found in the Old Town. Avignon standing still after 800 years and is a fortified town on the Rhone River. Just like other French cities, Avignon is also known for its wines and for its performing arts festival that draws 100,000 people every July.

The Provence region covers about 90 villages moving inland from the French Riviera. It’s not easy finding those famous lavender fields but there are tons of other things to do and see on a day trip from Avignon. Pont du Gard is one of the famous attractions here in Provence. It’s an aqueduct built during the Roman times.

There’s no other perfect place in Paris than Nice to end your two-week tour in France. Nice has a colorful Old Town with a small market. You might want to stroll along the Promenade des Anglais with its view of Mediterranean Sea. Marc Chagall museum and Cathedrale Sante-Reparte are the top attraction here in Nice. You watch locals and tourists at the Place Massena, it’s the main square of the city leading to shopping areas. If you have more time, you might want to go to Eze Village, it’s only a short bus ride from Place Massena. Eze Village is a medieval village with a cactus garden on top.

Day 1: Arrival in Paris, spend a night in Paris

Day 2: Tour around Paris, spend a night in Paris

Day 3: Day tour in Versailles, spend a night in Paris

Day 6: Tour around D-Day beaches, spend a night in Bayeux

Day 8: Trip to Loire Chateaux, spend a night in Amboise

Day 13: Nice via Cannes, spend a night in Nice

Day 14: Tour around Nice and Antibes, spend a night in Nice 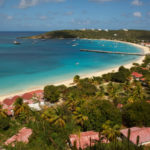 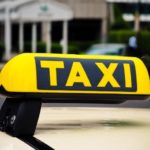 Getting Around A Big City: Here’s The Simplest Ways To Navigate