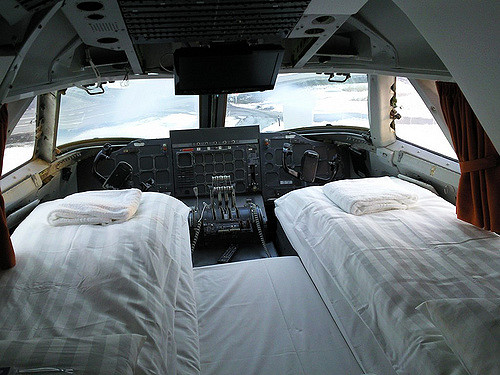 6 of The World’s Quirkiest Hotels

If you want your next holiday to be a truly memorable experience, why not try one of these quirky hotels which have broken from the norm to give you a unique – and sometimes wacky – stay! From the unusual to the downright weird and wonderful, here’s our rundown of the six quirkiest hotels in the world:

1. Take to the treetops at the Treehotel, Sweden

Do you want to reconnect with nature and escape the stresses of modern-day life? Nowhere is this easier than at the Treehotel, where you can sleep nestled in the treetops and wake to the sound of birdsong and the sunrise above the peaceful landscape. You’ll be amazed at the creative and varied architecture of the rooms like Bird’s Nest, the Mirrorcube and the UFO!  http://www.treehotel.se/en/

Palacio de Sal is the first salt hotel in the world and is located next to the stunning Salar de Uyuni, the world’s largest salt flat and a popular tourist attraction. It’s created entirely from the natural local salt – and that really means everything from the floors to the walls, furniture, ceilings, furniture and more.

3. Spend the night in a jet at Jumbo Stay, Sweden

Don’t want to stay in a traditional hotel? How about a real jumbo jet instead? Jumbo Stay is on the ground just 5 minutes from Arlanda airport in Sweden so you can watch the planes taking off and landing from the observation deck on the wing of the jet! Whether you’re a plane enthusiast or not, this place is a great destination for all the family. Book the cockpit suite for a fantastic panoramic view and you could live out your fantasies of flying your own plane! There’s also a great little authentic cafe serving everything from breakfast to snacks, coffee and hot meals.

It might sound crazy, but the idea works better than you’d think – the creators of Das Park Hotel have renovated old concrete sewer pipes into surprisingly comfortable compact hotel rooms. They’ve been coated with varnish and new wall paintings by Thomas Latzel Ochoa brighten them up, but they keep the utilitarian feel. The downside is that you have to use the local toilet facilities, but there is a restaurant and thanks to their ‘pay-what-you-like policy’ it won’t leave too much of a dent in your wallet. If you like to try out new and strange places, this would be great for you – just don’t expect any complimentary toiletries!

5. How about sleeping in a cave – check out the awesome Dreams Cave hotel, Turkey

You’ll find the Dreams Cave Hotel nestled amongst the breathtaking rock formations that Cappadocia, Turkey is famous for. It really is like nothing you’ve ever seen before, especially lit up at night it’s a sight to be seen. With bedrooms and luxurious bathrooms set into the caves themselves and furnished in a chic Turkish style, you’ll find that sleeping in a cave is a cosy and unforgettable experience. You can eat breakfast or dinner in the atmospheric outdoor courtyard with a view of the magical ‘fairy chimneys’ which are particularly spectacular when lit at night.

6. Rock like you just can’t stop at the Hard Rock Hotel, Tenerife

Boasting glamorous pools, swim-up bars with DJ booths and live concerts throughout the year, this ridiculously opulent five start hotel allows us mere mortals to experience what it’s like to be a rock superstar. There are even guitar and DJ classes for aspiring musicians, as well as Xboxes and simulators for those who just want to kick back and relax.

There you have it – the quirkiest hotels in the world! So which one appeals most to you? You’ll be guaranteed to have a memorable stay if you book one of these unusual hotels. 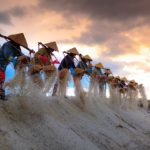 Vietnam Travel Scams and How To Easily Avoid Them 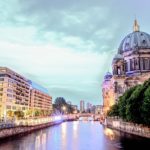 Experience Berlin Like a Local – Best Things To See and Do