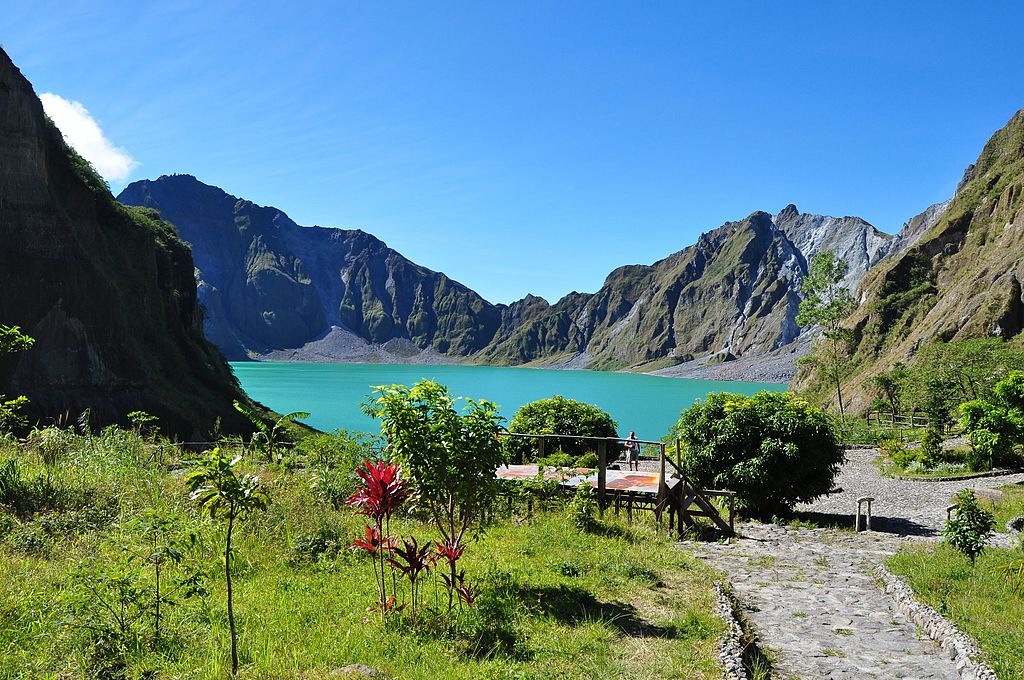 Great Reasons to Visit Pampanga in the Philippines

Why You Should Include Pampanga In Your Next Philippine Visit

When people talk about the Philippines, the famed Boracay always come to mind. It’s the representative of the beauty of the archipelago which boasts over 7,000 islands.  But the small island of Boracay, which has seen a massive influx of tourist at 2.1 million last year, has been shut down by the Philippine government for six months for major renovation works.

So where do travelers head now? They go to other famed sites like the Coron island, a must-visit destination for wreck diving, and Siargao, a favorite surfing spot in the country.  Flights are available from Manila, Philippine’s capital city, to Coron and Siargao, taking an hour and a half and two hours, respectively.

But for the traveler who wishes to spend a day or two in the Philippines without taking another flight to a new destination, there is a place for you — Pampanga.

Known as the culinary and Christmas capital of the Philippines, the province prides itself on its rich colonial era history.  Pampanga is one of eight provinces symbolized by the rays on the Philippine flag, which is a sign of its early involvement in the Philippine Revolution.  It has the right mix of urbanization and tradition, boasting highly urbanized cities like San Fernando and Angeles, and the explosion of culture through its festivities and towns.

Pampanga is near Metro Manila — an hour or two bus ride from the Ninoy Aquino International Airport. Or you can directly land at the Clark International Airport which services other destinations such as United Arab Emirates, Doha, Hong Kong, Incheon, Macau, and Singapore.

In Pampanga, you can spend an interesting weekend getaway being one with nature, looking back on Philippines’ colonized years, digging deep into the history of the province, appreciating its century-old churches, or tasting the rich flavors of its authentic and exceptional cuisine.

Where to go to Pampanga

For the Nature Lover

In case you did not know, the province of Pampanga was significantly affected by the eruption of Mt. Pinatubo in June 1991, in what is considered the second largest volcanic eruption of the 20th century. It may have been a dark (literally and figuratively) part of the Kapampangan history.

By: Sindre Helvik, via Wikimedia Commons

If you are one to enjoy a good trek partnered by a breathtaking view of Mt. Pinatubo and an encounter with the indigenous people of the island of Luzon in the Philippines, you will want to see and experience Puning Hot Springs.  You’ll need to rent a 4×4 which will take you to the next stations.  It will take you an hour from Sitio Target, not to mention sore legs because — not to scare you — the road is rocky and it can get dusty.The 4×4 rental is situated at the first station where the receiving area and restaurant are found. You’ll want to start your day as early as 8 a.m. to get back to the base camp by noon and enjoy the lunch buffet.

Skip Station 2 and head right to Station 3 first to enjoy the hot spring. From the base camp, it will take around 30 minutes to reach the third station which boasts 11 pools of water with a temperature ranging 40 degrees and over and two pools with lukewarm water. Although the temperature is enough to boil an egg, the waters have been tested by the science and technology department of the Philippines and tested negative of coliform presence and recorded a pH level of 7.5.

After dipping and getting refreshed, the second station will cap off the tour before you feast at the lunch buffet at Station 1. At Station 2, you will be treated to sand steam where you lie down and get buried ala Black Panther, except it starts at the neck area then down. Afterward, you are directed to the mud pack area. You can shower there too and rest a bit at the nipa huts.

For a hastle-free tour, you can opt for the day package offered which amounts to about $60 per person for a group of three people.

By Long Henson, via Wikimedia Commons

If you are looking for a mountain-kind of the trek — you can do that too in Pampanga through Mt. Arayat, an inactive volcano about 3,366 feet and considered the home of the sun god of war and death, Maria Sinukuan. Novice hikers can climb this mountain, but it is not recommended for first timers as the trek can prove to be difficult, dangerous, steep, and too long. It involves loose soils, steep descents, falling rocks, huge boulders, and narrow paths. Four peaks can be climbed — the North, South, Pinnacle, and TKO Peaks. Still, the trek is quite popular among hikers as it provides a breathtaking view of the agricultural fields of Pampanga.

For the History Geek

Pampanga is undoubtedly filled with history. It is one of the well-off provinces in the Philippines and known for its agriculture and rich produce during the Spanish colonization of the country. Moreover, the province, through the Clark Air Base, played an essential role during World War II as the military base of Filipino and American forces.

By Ramon FVelasquez, via Wikimedia Commons

Museums also teem Pampanga with the Museo ning Angeles situated just in front of the Holy Rosary Parish Church in Angeles. On the church’s right side, Holy Angel University can be found which houses the Center for Kapampangan Studies, a research and library center about Pampanga and its culture. Moreover, Angeles City is also the location of other historical sites including the Bale Matua (Founder’s Residence) and the Pamintuan Mansion.

If you are ready for some adventure, you have a lot of options in Pampanga. Despite being a landlocked province, you can enjoy the waters and go for a one-of-a-kind experience in the province through the number of resorts, water parks, and other amusement areas like Aqua Planet, SandBox, Zoocobia, and Deca Wakeboard.

Aqua Planet is a big water park, and when I say big, I mean, ten hectares big. If you are into the thrill of slides, this is the place for you. It has a total of 25 different attractions you can help you enjoy and bring your courage to test. Located in Clark Freeport Zone, it is near hotels, restaurants, and the Clark International Airport. It’s also affordable, coming in at 18 to 20 US dollars for adults and 10 to 12 US dollars for children.

For the more adventure-seeking traveler, there is a wakeboard park located at the Clark Freeport Zone, as well, called Deca Wakeboard Park. But if you are like me who is not really into water sports and thrills, I recommend visiting SandBox.

At SandBox, there are a lot of outdoor activities for all ages. There’s the Giant Swing which is considered the tallest swing in the Philippines. There’s also a roller coaster zip line which starts at 12 meters high then zigzag along the 180-meter course.

And if you are traveling with your kids, you can bring them to Zoocobia Fun Zoo and interact with various animals and plants including those which are endemic to the Philippines. Moreover, the zoo offers more activities aside from animal sightseeing including a Mango Camp where guests can pick their mangoes, buy them, and take them home.

When visiting Pampanga, it will be a grave mistake to miss out on its foods! Pampanga, in the first place, is Philippines’ Culinary Capital. You should try the province’s acclaimed sisig usually made from pig’s ears, liver, and other internal organs. If you are not into eating the internal organs of pigs but still want to sample the taste of sisig, no worries. The famous Kapampangan dish is also served as bangus (milkfish), chicken, and tofu.

Another must-try is buro which you should pair with fired or grilled fish like hito (catfish) and steamed vegetables like bitter gourd, okra, and eggplant. Buro is made of fermented rice and freshwater fish like catfish or seafood like shrimp. It’s a bit salty but worth the try. You can also eat atchara which is pickled unripe papaya — another great partner to your fried and grilled foods.

But if you are the exotic food eater in the group, Pampanga got you covered! You can try the battue tugak or stuffed frog which tastes just like chicken or the kamaru or rice field crickets which can gross you out as you can feel the crunchiness and the juices of the insects as you bite them down. But they are tasty (probably thanks to the juice).

Other foods you can try in Pampanga and should not miss are sinigang, kare-kare, and adobo.

What a list, right? Those are only some of the many things you can do in Pampanga. Although not as scenic as Boracay and can get a bit crowded like Manila, Pampanga is still a place to consider as it overflows with activities and offers a cultural and historical place like no other. 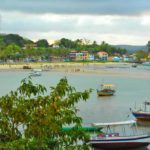