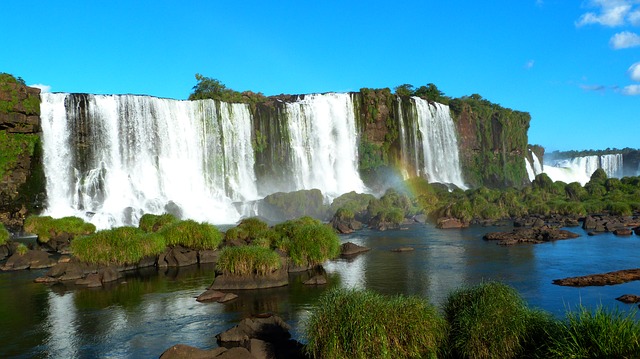 Paraguay is a South American country, surrounded by Brazil, Argentina and Boliva.  The vibrant Paraguay River runs through the country second only to the Amazon River in its navigable length.  After 3 centuries of Spanish heritage, the country has a culture well worth exploring.

The Triple Alliance War, 1864-1870, was a big part of Paraguayan history. Still taught in schools today and often still a topic of conversation, being referred to as the dumbest and the costliest war in the Americas. It caused the death of 90% of the country’s male population.

Arguably the most interesting fact of the war is how it all began. One story suggests that it all began because of some bad toothache which prompted Francisco Salano Lopez, the country’s dictator at the time to declare war on three neighboring countries.

Visit the last battle site at Cerro Cora, now a national park and famously where Francisco’s’ mistress Eliza Lynch buried his body along with her 15 year old son.

Portuguese is the most commonly spoken language in South America, with Spanish the second most spoken language on the continent. Paraguay is slightly more unusual, their official second language is Guarani. Guarani was the language of the Native Americans, the first habitants of Paraguay, unlike other countries in South America, Guarani is still spoken by Paraguayans today. You can hear it spoken in the capital and even on TV and the Radio.

Whereas to find the native language spoken in other countries in South America, it can only be found by traveling off the beaten track, deep into the jungle.  If you learn only one expression in Guarani to impress locals and make friends, make it Mba’éichapa. Which translates to ‘Hello’ or ‘how are you?’

Home to the cheapest capital in the world, it is surprising more tourists don’t flock to Paraguay to take advantage of the prices. Here a meal out at a restaurant typically costs under $5.00.

The affordability of the country comes with the country’s average earnings being so much lower than elsewhere. An average salary in Asuncion is equal to $329 USD. The lower income in the country brings down the cost of living, and prices have never been inflated for visiting tourists so the country remains cheap and affordable.

Paraguay exports $1.2 billion worth of meat each year. It is best known for it’s exportation of beef.  The beef in Paraguay is of such high quality and is in such high demand that the country only consumes 10% of all the beef that is produced, it exports all of the rest.  Another reason Paraguay’s beef is so popular is the affordability, a kilo of quality beef costs under two dollars!

Nearly three times as wide as Niagara Falls, Iguazu Falls is definitely a natural wonder to have on the bucket list. Located close to the Brazil/Paraguay/Argentina border, the Falls are conveniently located to combine a visit to the neighboring countries. Before the Three Alliance War, Paraguay owned more land which included all of Iguazu. After the war, Brazil and Argentina claimed 55,000 square miles of Paraguayan territory which included a part of

With three countries all pulling tourists towards Iguazu, there is plenty to do. National parks surround the cascades and boat and helicopter rides are available to get a closer view.

Paraguayans will go above and beyond to help others, even strangers. Even outside of the capital where English isn’t as widely spoken, locals are still keen to try and talk and help, often inviting travelers into their homes. Similar to the culture of Spain, Paraguay has a sharing culture. The ‘what’s mine is yours’ mentality is shown in their generosity.

National beverage of Paraguay, Terere, is an infusion of yerba mate with cold water served with freshly crushed herbs. Yerba mate is an infused drink rich in caffeine which was first drunk by the Guarani and spread by the Tupi people. It is very popular in South America, however Paraguayans have adapted this drink by adding herbs and serving it cold, creating Terere. It’s a very social activity, getting invited to a Terere circle, meet Paraguayans and really get to know them.

The main rule of the circle is that you have to finish your drink before you pass it back to the host. Don’t offend your host by only taking a couple of sips and passing it back.

Completely different to the rest of Paraguay, the Chaco takes up 60% of Paraguay’s land area and is almost all desert. Due to the conditions of The Chaco there are very few inhabitants making it one of the most sparsely inhabited areas in South America.

It is home to various wildlife and endangered species which the Paraguayan government aims to preserve, despite the interest of hunting enthusiasts in the area.

The Mennonites, a religious Anabaptist sect, similar to the Amish in the USA. Arrived in Paraguay from Canada in the 1920s. They settled in the dry land of the Chaco and against the odds transformed it into fertile farmland. They continue to contribute heavily to the agricultural and dairy output of Paraguay.

Paraguay is mostly sunny and warm throughout the year with summertime highs in the capital of 100ºF.  Winter is very short, only a few weeks in June/July. When temperatures can still reach 70 degrees.  Like any tropical climate, you should check with your medical provider to see what vaccinations may be advised and what health conditions to be aware of.

Because Other People Don’t!

Paraguay remains one of the few countries not to be spoilt through tourism. Many people aren’t attracted to this landlocked country, due to the lack of beaches and pre–Columbian monuments.  This means that travelers are welcomed and you can have an authentic experience.

Visit Paraguay (https://www.originalvolunteers.co.uk) for a raw, real South American experience and which remains a unique destination and authentic country. It is under the radar and not on the typical South America tour route. 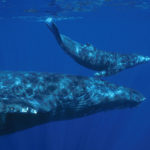 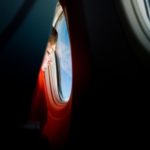 How To Overcome First-Flight Jitters and Fear of Flying