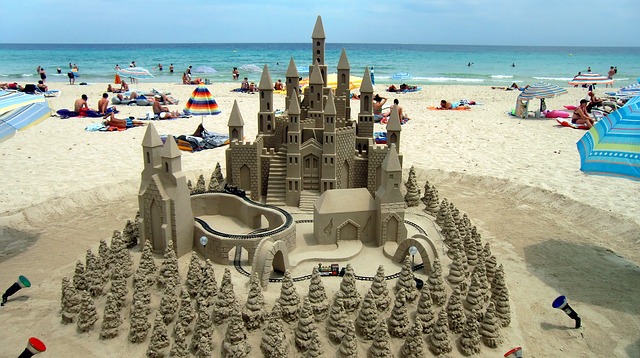 On which island can you explore the most spectacular volcanic mountains in Spain? Which is the right destination in Spain for a family holiday? Where in Spain can one find some of Europe’s most celebrated nightclubs? Which city in Spainhosts the world’s second best restaurant in 2018, rated three Michelin-starred stars?

Behind each of these questions lies an unforgettable vacation waiting for you to take a in the upcoming months:

1. The Montseratt Mountains, a Sight from Another World

When you fly over Spain, you can see the mountains that span the entire Spanish territory clearly. Even though Spain is particularly known for its beaches, it is the second European country with a mountainous area spread across its territory, after Switzerland. If you like unspoiled mountainous landscapes, or you dream of going on a pilgrimage to Spain, you should definitely choose the Montserrat Mountains, which have a moonlike vibe and resemble the fingers of a hand due to erosion.

If you want to enjoy an escape during which you can visit the most important museums in Spain, especially the Prado Museum where you can admire paintings of Goya and Velazquez. In addition, in recent years, Madrid has become a place of gourmet innovation, so you can enjoy the new Spanish cuisine. And if you’ve always wanted to see a flamenco show, Madrid is the cradle of the most popular flamenco clubs in the world.

If you want to have a colorful weekend break in Spain to visit Gaudi’s most important landmarks, then you have to book a flight to Barcelona, a city full of passion, exuberance and color, but also story sites, such as the Sagrada Familia, a place that seems to be detached from an alternative reality. It is also worth visiting in Guell Park, another Gaudí location, and one of Barcelona’s finest parks, where you can enjoy a panoramic view of the entire city.

4. The Unforgettable Beaches from Mallorca and Tenerife

During the summer, the Spanish Riviera is full of tourists attracted by the wild beaches, the wide valleys, but also by the Spanish clubs and restaurants. On the southern side, resorts are more crowded, but if you want to enjoy peace, you can go to the north of Mallorca. If you want to have an active holiday, you can choose to stay in Tenerife where you can visit the Teide Mountains, and if you go for a holiday with the family it is worth to stop at the Siam Park fun park for a full day of activities.

Ibiza is the party island, invaded by young people every year. And the fun is totally different than anywhere else, because Ibiza is full of night clubs. Even more, during the summer season, music concerts and music festivals never end.

6. The Beauty of Segovia

If you fly to Spain and land in Madrid, you can visit Segovia, a town of tens of thousands of inhabitants, which you can explore halfway through the Alcazar Castle, continuing with the Roman Aqueduct, one of the best preserved aqueducts from Antiquity and ending with the Cathedral of Segovia, an impressive construction, built from the 16th century.

7. The Unforgettable Tales of Cordoba

Cordoba is a city with a history of thousands of years, where you can see the Jewish heritage, Moorish and Spanish, but also the place where you can visit one of the most beautiful cathedrals in Cordoba, the Mezquita, one of the most beautiful Spanish Islamic inspirational churches with hundreds of columns and a paved interior with marble and onyx.

8. The Wines and Fairy tales in Rioja

Bilbao is one of the less visited cities in Spain, which is worth seeing especially for the Guggenheim Museum, one of the modern architectural wonders in Spain. Among the Spanish cities, Valencia seems to be an original settlement due to the modern and futuristic architecture of the City of Arts and Sciences complex, which includes a hemisphere cinema, an oceanographer, the Sofia Art Palace, Agora and other similar buildings that take you to a world of future.

10. Girona, stopping at the El Celler de Can Roca restaurant

If you fly to Barcelona, you can think of a day trip in Girona, a miniature Barcelona, but also the city where you can book a meal at the world’s second best restaurant, El Celler de Can Roca, Michelin three star restaurant. If you want a top dining experience, you need to book a few months before. Even if you do not have a reservation, you can try your luck if you arrive in Girona, because you may be able to have lunch or dinner if someone else cancels a reservation.

Spain is one of the top 2018 destinations, and you will find the right adventure or challenge for you, guaranteed. Check out the flight offers to Spain from time and choose the story region where you want to spend an unforgettable few days far from home. 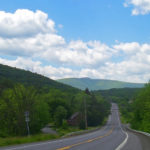 Discovering the Best of the Catskills on a Weekend Getaway