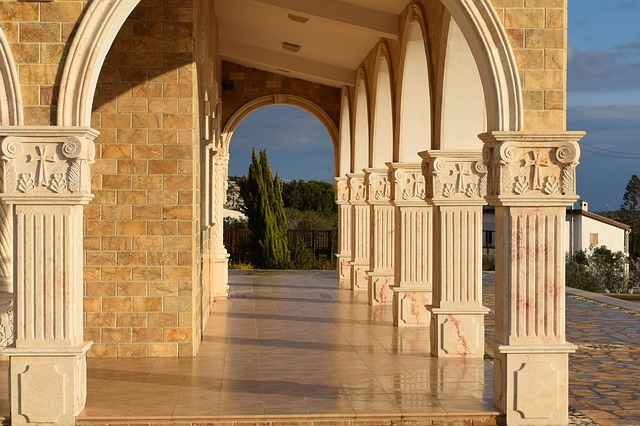 Europe’s Most Beautiful Destinations Without The Tourist Crowds

Discover wonderfully uncrowded European destinations like Cyprus and many more, that offer everything a tourist could want for their next holiday.

They say that beauty depends on your perspective and that it is in the eye of the beholder.  While destinations like  England, Italy, France, and Spain become choked with tourist during summer and fall, there are many other beautiful locations that are waiting to be explored.  Destinations like Cyprus, Croatia and Iceland, to name a few, offer magnificent scenery, fascinating history and culture, and delightful cuisine.

There exists some places in the lesser known areas of Europe that are beyond “special”, that open the mind whilst blessing both the heart and soul. You may feel so moved by the beauty of these locations that you would even consider upping sticks and transferring yourself and family to permanently live there – that is the level of beauty that we are considering. Here we look at Cyprus and Europe’s other most attractive locations, where you may even perhaps be inspired to enquire about the possibility of Cyprus Citizenship by investment or the possibility of finding a new or additional home elsewhere. So where to begin?

Here’s our guide to some of the lesser known European destinations that are worthy of your bucket list.

Cyprus has been attracting inhabitants for many millenia because of its strategic location in the Mediterranean.  Today it’s not only the sun, sand and Mediterranean diet that attracts vacationers, but also its ancient ruins.  With influences from Greeks, Turks, Romans, English and other conquerers, Cyprus is a fascinating blend of cultures. Once you’ve experienced the true beauty of Cyprus it is indeed likely that you’ll be looking further into the programme known at Cyprus Citizenship by Investment. Created in 2016 the initiative welcomes wealthy individuals, granting them citizenship in return for their financial investments – it seems that you can really buy a little bit of heaven.

Cyprus boasts not only a means of getting an EU passport in return for an investment, but there are other incentives too such as tax breaks and lower priced title deeds. But aside from the monetary gains, you’ll experience abundant ambient sunshine and warm temperatures throughout the year; low crime rates; high healthcare standards; and a relaxed pace to and high standard of life. On top of this Cyprus is a beautiful location from which to base your home, business etc.

Away from Cyprus though, there are many other locations that encapsulate beauty and offer a different way of life.

It may not boast the guaranteed sunshine of Cyprus, but then what it lacks in golden rays, it makes up for elsewhere. It is a wonderful mix of Alpine peaks, and sparkling lakes. With a rich cultural heritage it boasts one of the highest living standards across Europe.

There are winter sports for the more active, but also baroque cities of opulent beauty to both explore and enjoy.

It is absolutely guaranteed that Cyprus will outshine Scotland when it comes to weather, but not all decisions are made on the basis of the sun in the sky. Scotland is rugged, historic, memorable and engaging. Its beauty is in its diversity and heritage. Mountains and castles, lochs and coastal stretches compete for your attention, but there is no reason why you cannot simply enjoy all of the elements over a period of time.

The mix of cultures, religions, beliefs and traditions is so rich and diverse it is almost ludicrous. Turkey stands at the crossroads of Asia and Europe and as a result draws influence, flavours and traditions from across the globe. Istanbul is one of the greatest cities on the planet and is a great demonstration as to the rich diversity of Turkey. However do not be fooled, Turkey is huge and there is so much more to it than simply the streets, temples sights and sounds of Istanbul.  Its coastline is world renowned as a sailing destination and the fairy chimney tufa houses of Cappadocia have been a fascination for centuries.  There is much to discover in Turkey.

The land of fire and ice, of geysers, glaciers, and volcanoes. It is at times rugged, but that in itself is a source for its beauty. It can be dark and cold, but then again not everyone chooses sunshine. Sparsely inhabited, it can also be a place to which to retreat and escape, and whilst it may not win every vote, it is only your own vote that counts.  The city of Rejiavik has become a draw for quick getaway breaks from Europe and a soak in thermal waters of the famed Blue Lagoon have become a must.

Having been forced to recover from previous turmoil, there is no doubt that the natural beauty of Croatia is stunning. The impact from these conflicts has now been remedied, and the towns affected restored to former glory. Split and Dubrovnik are the two largest cities and both overflow with culture and heritage, though it is true that the country of Croatia is relatively new. What cannot be doubted however is that the Croatian identity is well established and historic.

A country based around water, the fjords cut through the coastline and into the land. The result is a natural “carved” and rugged appearance that offers both beauty and inspirational awe at the same time. Steeped in tradition and history, Norway may seem a little cut off for some, but that has helped it develop its own style and take on life. Large parts of the country lie above the Arctic Circle and thus experience both very long, and very short hours of sunlight across the year. That does not however affect the population’s love of life – far from it.

So having looked at Cyprus and Europe’s other most attractive locations, there will no doubt be more questions than answers. When you look at the countries that have been listed, many of the same are simply huge, and within each there lies a plethora of possibilities.

One country cannot really be listed against another and thereafter judged as to which is best. They all boast their positive points, and whilst some for example cannot compete with the “hours of sunshine” criteria so important to many, they should not be compared to one another. Having more sunshine doesn’t make a place more beautiful or enjoyable, and what of those people for whom warm weather is a turn off?

What you as an individual like, depends of course on you as an individual. Are you looking for guaranteed sunshine, or are you able to accept a degree of variety in the daily weather. Could you for example deal with minimal daylight in the daytime, or is this something that you are not prepared to accept? Are you looking for adventure or relaxation, investment or enjoyment?

The best way perhaps to come to a satisfactory conclusion is to try everything and then select your favourite – if this is either too time consuming or perhaps turbulent, then create a list of priorities based on the lifestyle that you have and the future that you want to enjoy. With every question, find out which of the countries listed satisfy that specific criteria and having considered all of the elements that you are keen to enjoy, see which location ticks the most boxes. Or would it indeed be more satisfying to start and Cyprus and try each and every one in turn – it is your life after all and therefore your choice at the end of the day!

Wherever you decide to end up, remember that life is about the journey and not the final destination, so make sure that you enjoy it at all times!

Street Food of Southeasts Asia You Must Try 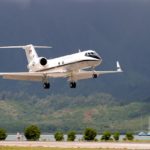