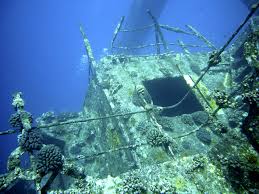 The Most Amazing Scuba Diving Wrecks In Europe For Dive Enthusiasts

Not many people know this, but the ocean is home to over 230,000 species of fish, corals, plants, mammals, and other marine organisms. Among all ecosystems in the world, this happens to be the most diverse, with an estimated 2 million or more other types yet to be discovered. To say that the world’s oceans are beautiful is a gross understatement.

Apart from the different marine life, another sight that many divers are fascinated with is a shipwreck. Several decades ago, the world’s most prominent mode of transportation was by ship, for both people to travel from one place to another and for the delivery of trade goods. For more than a century,  numerous ships sank and their remnants serve as popular dive spots today.

Technical diving is an ever-growing pastime that more people are taking part of. If you are one of these diving enthusiasts, and are planning for your next excursion, here are the most amazing diving wrecks in Europe.

The MS Zenobia was a vessel meant to carry passengers and cargo across wide bodies of water. Unfortunately, in 1979, this ship encountered some technical difficulties that caused it to eventually sink. To this day, divers from all across the world visit Cyprus, through the port of Larnaca, to marvel at the wreck’s sheer size, depth, and some of its cargo left behind.

Besides the actual boat, the environment around the Wreck of the MS Zenobia is a known hotspot for different species of fish. Large groupers, moray eels, and schools of barracuda are regularly spotted in the area.

Divers aren’t only interested in seeing the wreck for themselves, but it’s also their way of paying respects to this very tragic accident. If you have plans of going here, just be sure to check its scuba diving pricelist and level. Last I checked, you needed to be level 2 passer or a certified PADI advanced open water diver to explore this.

Way back in 1918, the SMS Coln II was commissioned as a new-wave battle ship that could easily outrun its heavier counterparts, while also having pretty solid weapons features. Sadly, after less than 3 years of service, it sank and is currently resting at the bottom of the Scapa Flow.

What astonishes divers the most about the SMS Coln II is even after such a long time, majority of its parts has remained widely intact. Despite being tilted on it side, it still shares a remarkable resemblance to what it was almost 100 years ago.

Divers are given the delight to see its booming control tower, bridges, and bow. You can even explore the insides of the ship to see how the different rooms are structured. Just be sure to pack a lot of courage too because it can get pretty eerie down there.

Widely considered by many as one of the most popular dive spots in France and the most beautiful wreck in the Mediterranean, the SS Proper Schiaffino began it journey in 1931. It was mainly used to transport cargo from Corsica to other parts of Europe. During one of its trips in 1945, it inadvertently hit a mine and the explosion caused it to consequently sink.

What makes this diving site so special is that the exteriors of the boat have been covered with a yellow and red soft coral, identified as a Gorgonian. Several types of fish can also be seen swimming around this wreck and calling it home. Species such as scorpion fish, nudibranches, stingrays, and eels can be regularly seen here.

Aside from the abundant marine life, divers are also given access to survey the insides of the SS Prosper Schiaffino. Several parts of the boat, like the corridors, steering wheel, and propeller are a constant area of interest for visitors.

Another popular dive site in the United Kingdom is the SS Tabarka. It was a cargo ship way back in the late 1910s and exchanged owners numerous times in its career. At one point, it was even used as an American warship. After more than 20 years of service, it was put out of its misery and intentionally sunk near the Scapa Flow.

The SS Tabarka only sunk in 15 meters of water, which is relatively shallow, but is surrounded by very strong currents. For those divers who are brave enough to take the risk, what they’ll see if truly magical. As you enter the remains of the ship, you’ll instantly notice how this now serves as an ecosystem for all sorts of marine life. You’ll multi-colored fish, seals, rays, eels, and different forms of vegetation.

Major parts of the SS Tabarka are still complete, which gives you a glorious view of what it looked like several decades ago.

Malta is a vast archipelago with numerous diving spots. One of them is the P29, a sunken patrol boat that turned into an aquatic bionetwork. In 2007, the Armed Forces of Malta made this decision as a way to increase fish population. Of course, all oils and other contaminants were discarded to eliminate any chances of spills.

Getting to this wreck is pretty easy since the vessel only sunk at a depth of 33 meters. As you go underwater, you can enter the ship through its main entry point and start your exploration. Since the P29 is relatively smaller, it won’t take much time to go around. Instead, what most divers do is standby and wait for marine life to start appearing. Squid, rays, damselfish, flying gurnards, and eels are fish regularly seen by people diving there.

One thing to be cautious about is the strong current so you need to be extra careful when swimming. It might be best to go here in groups or at least ask your boatman to drop a line in the water. This is so you have something to hold on to when the undercurrent gets too strong.

Technical diving is a great way to learn about the ocean, its inhabitants, and some of the history behind it. I highly encourage that all divers, from all parts of the globe, to strongly consider visiting there historic destinations.

But before you do, just be sure to do your research beforehand: book your flights, talk to local divers, check the local scuba diving pricelist, and fix your itinerary. Having these things out of the way will allow you to focus and appreciate on what these diving sites can give you. 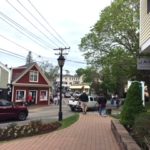 Kennebunkport is Full of Wonderful Surprises – Go Discover Them! 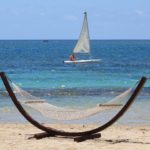 Mauritius, So Much More Than Pretty Beaches