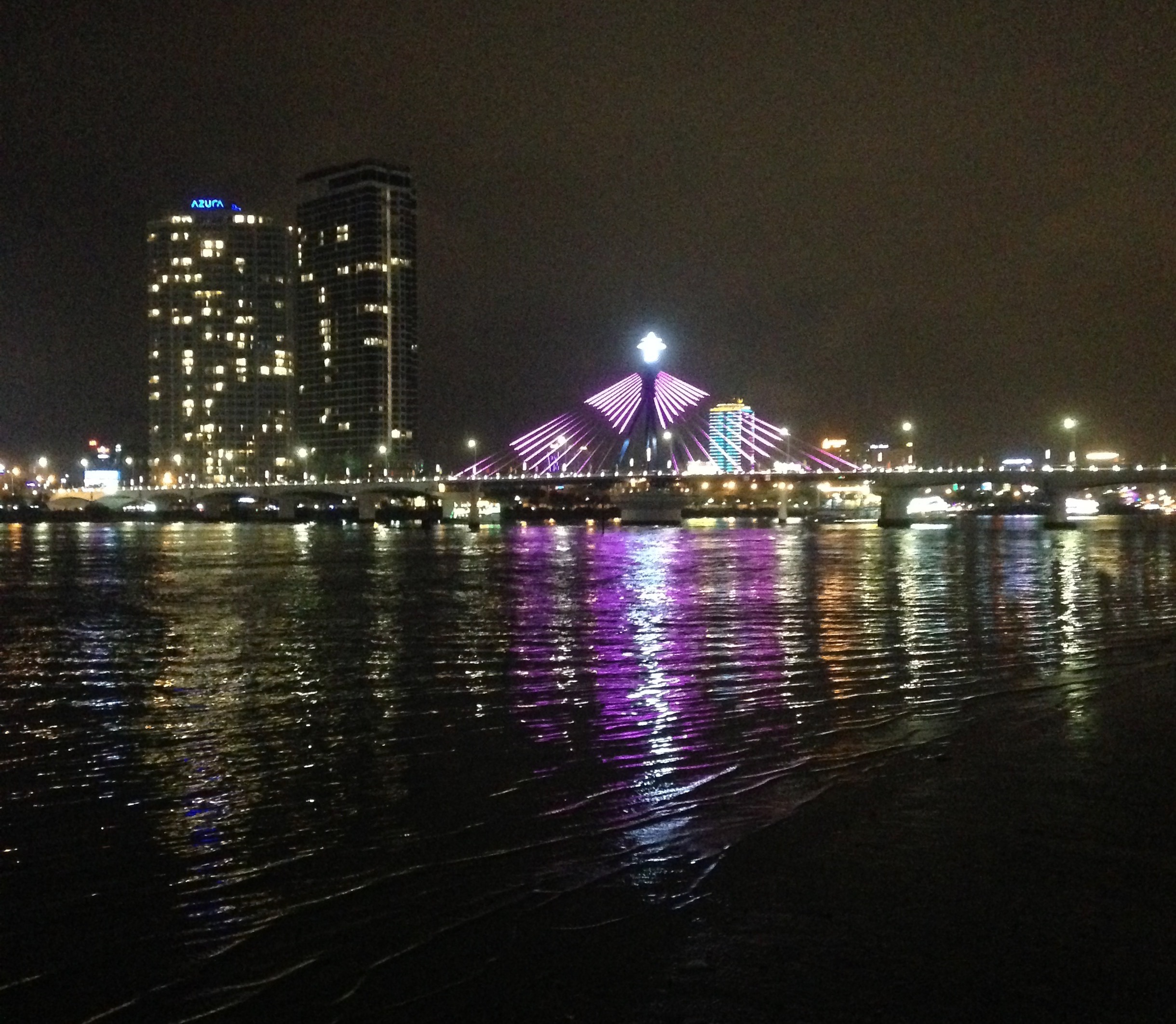 Why Americans Love Da Nang, Vietnam and You Will Too

Vietnam, fairly or unfairly, is often referred to as not “Vietnam,” but “Vietnam War,” in the minds of most Americans who either grew up during the decade long war or even Millennials who were taught the details of this horrific experience in history class. Parents of Millennials no doubt, taught their children how horrific the war was, how there were draft dodgers, peaceful protesters, people shouting “baby killers,” and all the rest of the mental movies that play out in people’s minds and mainstream movie depictions.

But it’s 2018 now, and Vietnam is a different place, as is America.

Da Nang is decked out with bright lights and towering skyscrapers, twinkling bridges, one in the shape of a coiling dragon and still another, the Han Bridge, that looks like something out of a Japanese urban adventure.

During the day, students bustle to work on their motorbikes, carrying two or three passengers at a time while workers have since been up at the crack of dawn, wearing their face masks to protect them from the pollution that is almost non-existent by other country’s standards. For an American, the traffic patterns would be considered almost chaotic, but to a normal resident or even an expat on an extended stay, it’s a controlled chaos, perhaps even safer than the false sense of security that traffic in the United States provides. Here there is little road rage or public condemnation of driving of any sort because it’s just assumed that you “go slowly,” at an intersection and give anybody the right of way. Anybody. It’s traffic that has etiquette built into its logic.

“Where are you from?” one Grab taxi driver asks me, to which I respond “My,” with a slight lilt, which means “The United States.” “Oh,” registers the driver,” “America!” “Yah” I say playfully.

For young people, there’s not a hint of anything behind the word “My,” just a passing interest and curiosity.

People often ask me what I am doing in the city. They ask me if I am a teacher or if I am married. I usually reply that I am working on the computer and that I am single. Surprised looks usually follow since by Vietnamese standards, I’m pretty old to be single still. But they accept it usually as just one of those weird foreign quirks.  The city is growing fast and it’s almost dizzying what kinds of opportunities are available in this city.

Many foreigners think about coming here to teach English, whether it’s at a pre-K or elementary school or above and beyond. But since the proliferation and subsequent widespread adoption of mobile, handheld and desktop technologies, opportunities to make an impact in this city are growing beyond the education industry.

For example, at a recent digital nomad meetup group, one that’s held every 2nd and 4th Friday of the month,  I met bloggers and e-Commerce owners, a woman teaching virtual reality courses at the local university, Duy Tan,  another teaching personal development and healing, and still another entrepreneur into AirBnb subtletting. I’ve also met a man who is finishing up his journalism degree and a woman who owns a hostel. I met programmers and people opening up co-working spaces.

In fact, real estate is one of the prime areas of interest in this city, as many of the vast suburbs surrounding Da Nang proper are evolving and growing. Second only to the tourism industry in this city is the homestay and hostel boom.

My first homestay mother, Hong, remarked to me that it took her less than a year to build the house where we were staying and that she expected the area to grow fast within the next 10 years. Other neighbors were also building around in the area. In fact, when you start planning for your tip to Da Nang, you often find that many Vietnamese rent out their rooms as homestays, seeing the lucrative potential of real estate and collecting rent from the ever increasing demand of tourism Da Nang is garnering.

Recently, I had a talk with a Vietnamese business owner of a vegetarian restaurant and he expressed an interest in growing a business where he sold different types of fruit drinks and cocktails, so I networked him with a homestay woman who was looking for suppliers. In fact, over the last few weeks, I’ve been referring people left and right in this city.

There’s something incredibly remarkable about living in a city where the people understand and appreciate the value of trade, trading each other’s skills, expertise, and contacts, one for another, and making progress that actually feels like progress in the community. Although I didn’t grow up in America in the 1950s, I imagine that the progress taking place in Vietnam right now is on the level with the prosperity and spirit of the times of America, in the 1950s.  Bright lights, bustling crowds, an eagerness for self-improvement and to dream big and dream the impossible. This is Vietnam, this is Da Nang.

Of course, many Vietnamese will still point out that there’s a long way to go in order to develop the city. In one English group, students mentioned the traffic patterns that were getting worse, for example, and the lack of parking space with tremendous increase of cars – the city can’t seem to accommodate. Not only were people worried about the parking situation, the fact is,  they were already effectively taking steps to fix it – making web applications rivaling Uber and Grab Taxi and teaming up with others in the area to compete in competitions to make the best solutions and win grand prizes.

The sense of building a city and making an impact is truly exciting. And being in an inclusive environment where everyone can help out, is a truly exciting project.  There are still undeveloped lots, street corners in need of repair, and still a sense of caution in doing commerce with others. But this lack is where the opportunity for real change begins.

This is Da Nang, and it’s very exciting to be a part of it!

Todd Squitieri is a writer, traveler, and entertainer. He started traveling back in 2013, when he moved to Mexico to become an English teacher. He now lives in Da Nang, full time, with his colleague, Elizabeth Powers, and works on a number of small businesses. Check out Todd’s blog at www.ToddSquitieri.com.

Elizabeth Powers is a dynamic, effective and dedicated Life Mastery Facilitator. Elizabeth skillfully guides her clients to discover their own inner vision and life purpose; to unleash their creative passions; and to design a master plan for living the life of their dreams. She arrived in SE Asia to settle in Da Nang, Vietnam in March of 2017. To meet meet folks and learn about the culture, she started Meetups in her home. Since then she’s helped locals, as an Interactive Communications Specialist, to reprogram their minds and speech mechanisms to properly pronounce English. She also offers Empatherapy sessions in her home. She loves the city, the people and the culture and has found home, her ‘sweet spot’ on earth. 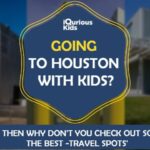 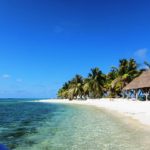