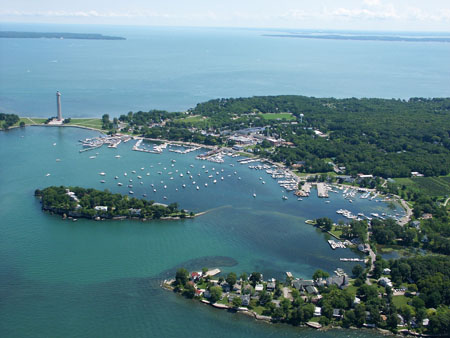 The Forgotten Coast: Great Lakes Coasts You Must See

The Forgotten Coast: 4 Places Among the Great Lakes You Must See

With summer on the way, you’ve probably considered a few travel destinations to add to your summer bucket list. Chances are, though, you probably haven’t given the Great Lakes much thought. That is why some call it “The Forgotten Coast”. However, it is also referred to as “the nation’s fourth seacoast.”

The lakes are gigantic and the waters can get very choppy and dangerous enough to sink ships—which is why early explorers thought that it was the ocean when they first came across it. Although these grand lakes are reason enough to visit, there is more to the Great Lakes Basin area that that. In fact, there are so many unique experiences that you could tack onto your travel plans. Here are just a few of them.

You know it’s a unique place when the official visitor’s site says to reserve your golf cart before arriving—and, in fact, it is. It’s a village located on South Bass Island on Lake Erie with less than 200 permanent residents. People are able to access it from the mainland via ferry and airline services. Other than having a good shopping and dining scene, there are several attractions that visitors love:

The island is known to be a very family-friendly destination and caters to many different types of interests for those of all ages.

These picturesque waterfalls along the Tahquamenon River are located just inland from Lake Superior on Michigan’s Upper Peninsula. You can see an upper and a lower waterfall here. The water that cascades over these falls appears to have a dark-stained color, which results from a backwater river effect. During the autumn months, the colorful fall foliage creates a spectacular backdrop.

One thing that you should know about the Upper Peninsula area is that locals refer to it as the UP and call themselves Yoopers. Many of them are descendants of miners who came to the area for work. A good portion of them came from Finland and Scandinavia, which is why the dialect will be different from anywhere else in the United States. For example, they tend to replace their “th” sounds with “d.”

The UP is also well-known for their pasties—a Cornish meat pie with beef, potatoes, vegetables and seasoned with just salt and pepper. The tradition of baking and eating these goes back to their mining roots. Back then, miners would stay in the mines all day. They would need to bring their own food with them. It had to be easy to transport, compact, and filling—thus, the pasty was the perfect option. Today, this tradition is kept alive with the multitude of pasty shops to choose from.

Another UP destination near Traverse City, Michigan, these natural sand dunes provide the perfect setting for outdoors enthusiasts. Some of the dunes rise more than 400 feet above the lake and offer spectacular panoramic views. The crashing waves at the foot of the dunes create a setting that resembles a seaside paradise. Ducks, seagulls and other wildlife creatures can often be seen here.

You can find this Lake Huron island just a few miles from the shores of Ontario. Because you’ll be crossing the Canada-US Border, you will need a passport to visit. While there, though, you can explore a variety of sites such as the Cup and Saucer Hiking Trail and Bridal Veil Falls. Also, the Mishibinijima Private Art Gallery displays many interesting works of art. Taking a walk along the Little Current boardwalk is another great way to spend your time on the island. Manitoulin Island is also known for its plentiful blueberry and whitethorn crops that grow during the season.

Visiting the Great Lakes’ lesser-known places of interest will give you the opportunity to embark upon new experiences. Whether you choose to explore the area by driving or taking this Great Lakes cruise, there are many ways to get around the region. 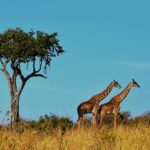 5 Most Breathtaking Sights in Tanzania 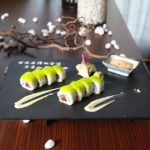