Top Food Festivals of Armenia and Georgia – Well Worth Discovering

Top festivals that are worth visiting in Armenia and Georgia

Armenia and Georgia are two amazing countries of the South Caucasus, they are famous for their rich history, culture and hospitaly. Each year these countries hold bright and colorful festivals the aim of which is to acquaint people with national traditions, cuisine and folk. If you are lucky to visit any of these events you will spend unforgettable time and will be able to plunge into reach Caucasian atmosphere. Today we made a list of the most worthy Armenian and Georgian festivals and will share with you lots of useful tourist information.

In Armenia, there are a lot of interesting festivals. However the most favorite among them are connected with national dishes and drinks. Here are the most popular of them:

The festival of wine is one of the favorite holidays in Armenia. Wine for Armenians is not just an alcoholic beverage; it’s the part of the history and culture. The wine festival is held in early October, in the village of Areni. By the way, the location of the festival is not chosen randomly. The caves of Areni are considered the cradle of winemaking. In the deep tunnels of the caves archaeologists found traces of winemaking of ancient civilization. So it turns out that in 4 thousand BC Armenian people first drank wine.

Ok, let’s move to the festival. The quiet and calm village revives for the festive day. From early morning the hosts get ready to meet their guests. After the festival opening ceremony and the traditional ceremony of crushing grapes in the center of the village, all gathered start celebrating. From the counter to the counter, guests taste both homemade wines and wines of the best Armenian wineries.

The festival of mulberry is another bright and colorful event. It is dedicated to mulberry, still, once you visit the festival, you realize that the event is dedicated to mulberry vodka rather than the berry. Fruit vodka is not just an alcoholic drink: very strong vodka (up to 75%) has medicinal properties, and the stew is often called a medicine.

The festival is held in Goris – the town famous for its homemade vodka. In August, in the hottest month, the guests of the open-air festival can taste ripe and juicy white and black mulberry as well as degustate Armenian homemade vodka.

In mid-August, in Akhtala, Lori region, you can take part in festival dedicated to delicious Armenian barbeque or khorovats as locals say. It is really worth tasting. The thing is that Armenian cook barbecue by the own national recipe and it turns to be absolutely fantastic! If you are lucky enough to take part in khorovats festival this will be one of the brightest impressions.

The festival takes place on the territory of the church, on the bank of the river Debed. In the open air, in the mountains, and on the river bank, you will have a wild appetite to eat all the tasty khorovats and don’t be shy to treat yourself.

Tolma is one of the most popular national dishes and it has its own festival. Initially, such festivals were aimed at developing and preserving the traditions of national cuisine, but both the festival of khorovats and the festival of tolma became favorite holidays for the locals. Guests can also get acquainted with local cuisine and traditions during the event.

During the festival, participants present more than 60 types of tolma. If you think that tolma is made of meat here you will have a chance to try non-traditional tolma from fish, chicken and even crayfish.

If you want to participate in any event listed above you can contact any local travel agency for your tour organization – www.araratour.com

Our journey continues to Georgia and we will try to choose for you the most impressive and interesting Georgian festivals.

It is absolutely impossible to imagine Georgia without wine, and there is hardly any holiday celebration without the traditional Georgian wine. The festival of young wine is considered one of the popular and favorite events in the country.

It is a festival for true gourmets. The international festival is held to present Georgian cheese species as well as the products of neighboring countries.

During the fest, Georgian companies and individuals represent a huge variety of cheese such as dambal – hacho, spicy guda cheese, shaded kveli, cheese with honey, flowers, spices and much more. Walking along the counters you will try delicious cheese and while you enjoy the taste you will learn the history of each cheese.

Let’s temporary forget about culinary festivals and attend something absolutely new. The festival of electronic music takes place in Anaklia with a crazy lineup of best DJs all over the world.

Flower festival is one of the most beautiful events held in Tbilisi. A whole week the city center turns into a blooming garden. The Flower Festival is an important part of the Independence Day of Georgia (May 26).

Shops with beautiful flowers are located in the Old City, on Sharden Street. Decorative and indoor plants as well as wildflowers are exhibited during the event. You can buy any composition or just stroll among the flowers and smell the odor of the Caucasian mountains bouquets.

Flower festival is all about interesting events like master classes of flower compositions, presentations, flower fashion and much more. 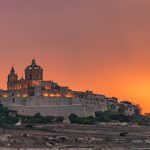 Dazzling Places To Watch The Sunset in Malta

3 Memorable Outdoor Activities in the Poconos