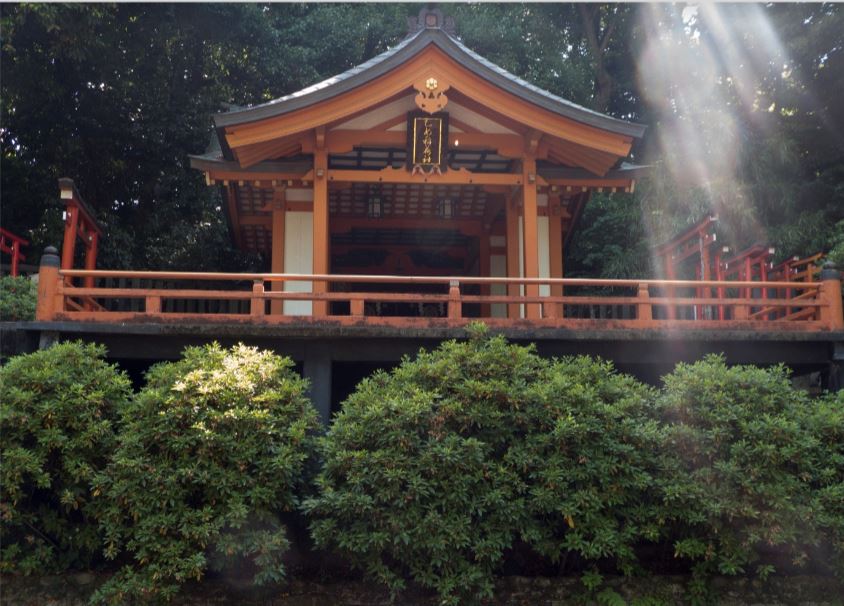 Beautiful Shrines and Temples of Tokyo – Escape The City Crowds

Finding Peace in the Tumult of Tokyo: Visiting Shrines and Temples.

One of the most beautiful and tranquil places travellers can experience in the heart of the frantic megacity of Tokyo are the various shrines and temples. They attract thousands of visitors each year from Japan and further afield. This is no wonder. If the breakneck pace of the city starts to get under your skin a refuge is never far away. Entering the grounds of one of these places transports visitors into a dreamlike world that will melt away the anxieties brought on by the flow of Tokyo. Natural disasters and the ravage of wartime has led to many of the sites having to be rebuilt, however they all retain their outstanding grandeur. The following suggestions are a few of my personal favourites that I used to escape the intense stimulation Tokyo bombards you with.

This Shinto shrine can be found off the beaten path, unlikely to be recommended in guidebooks. Nezu Shrine is one of Tokyo’s oldest, set in the Bunkyo ward and close to Ueno Park. The shrine is composed of multiple features split across the large grounds. One of the most obvious features is the vast number of torii gates that line up along hillside paths above the main shrine. These tunnels of orange-red stand out against the greenery that encompasses the outer perimeter of the grounds. This shrine is the ultimate destination for an outdoor relaxation session after you have explored the reflections of Japanese culture through the wood and stonework.

This temple is more of a day-trip experience from Tokyo, but its still a part of Western Tokyo and therefore qualifies for this list. Situated halfway up Mt. Takao, the Yakuo-in temple boasts a blend of both Shinto and Buddhist design. This should be stopped at on your way to the summit of the mountain, where if weather permits you can view the snow-capped peak of Mt. Fuji from afar. The temple was founded as something of a retreat for people undertaking religious mountain ascetics, becoming dedicated to the imposing mountain gods: the Tengu. Many of the statues within the temple grounds depict these fearsome phallic-nosed creatures.

Perhaps the most famous of Tokyo’s temples, the Senso-ji Temple in Asakusa is certainly the city’s oldest, arriving on the scene in 628 A.D. You’re greeted by the Kaminarimon Gate, a large red archway in which a massive chochin lantern hangs. As you pass through the gate and enter the shopping street Nakamise-dori, be sure to check out the inner part of the lantern for a glance at the level of detail and attention put into Japanese craftsmanship. Making your way down past the souvenir and street food stalls brings you to the main attraction: Kannondo Hall. The main building of Senso-ji Temple was destroyed in the Second World War but was rebuilt in 1958. Again, be sure to look up at the ceiling as you will not want to miss the artwork thatadorns it.

Meiji Shrine is the most visited religious site in Japan. It is situated within masses of verdant nature and is very close to Yoyogi Park. The Shinto shrine is surrounded by over 100,000 trees; a variety of many hundreds of species. Other than the main shrine complex, there are many features that the site has to offer. One of these is the wall of sake barrels that decorate the side of the path leading up to the inner shrine. Each barrel has been offered to the deities at Meiji Shrine from a number of breweries across Japan, each featuring their own design. Whilst entry to this shrine is free, if you wish to visit the Inner Garden it will cost you 500 yen. This grants you a stroll through the forest and access to the South Pond. Water flows into this pond from Kiyomasa’s Well; a place that is revered as a source of positive and restorative energies and said to grant visitors luck.

A common theme in these recommendations is the element of nature, or the splendour of the religious sites. This final suggestion turns that notion on its head and appeals to the more urban-focused adventurers out there. Hanabusa Shrine is hidden away in Akihabara, the geek-capital of Japan. In between the various electronics shops and arcades, tucked away in a very narrow alleyway is a shrine that seems to have been forgotten about as modernisation swept across the region. It can be a difficult site to find as many locals do not even know of its existence. It’s a small shrine that can be visited as a side-activity whilst in Akihabara. Should you take the challenge you will be rewarded with the knowledge that you are one of the few who have conquered the challenge and seen this unique example of Japan dichotomy of the ultra-modern and the traditional. Whilst I personally failed in my attempt to find it, this guide should help you out. 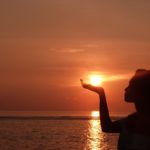 Discover The Wonderful Waters of Zanzibar