7 Reasons Why You May Get Hacked on Summer Vacation

The months are passing by quickly, and clocks are ticking down to the first day of your summer vacation. Whether you are heading to the beach, seeking a mountain refuge, or holing up in your own home, you need to be especially certain that your devices are safe during your time off. Vacations are prime periods for hacking; while you are relaxed, your guard is down, and you are more likely to make small mistakes that compromise your cybersecurity.

If you want to stay safe on your summer trip, you need to know all the practices that make your devices top targets for cybercriminals. Without further ado, here’s how you can (and will!) get hacked on your summer vacation.

You Connect to Public Wi-Fi

“Safe” Wi-Fi simply does not exist, especially in a public setting. Any time you allow your device to connect to a Wi-Fi network, you are inviting other devices on that network to see and interact with your data. Generally, the less you use unknown Wi-Fi networks, the better — especially when you are in a different country. A safer alternative is investing in a mobile hotspot that connects to cellular networks or turning your phone into a hotspot.

So many people require USB chargers these days that they are built-into many locations: airports, coffee shops, hotel lobbies, rental cars, etc. However, the first computer viruses were spread over physical connections (floppy disks, to be precise), and you better believe that transmission strategy hasn’t died out. USB ports can collect data from your plugged-in device, and most of us carry more than enough personal information on our phones and laptops for a thief to steal our identities. Instead of using the USB port, you should carry a converter for regular outlets, which are too dumb to take your data.

There’s a reason some websites have the little lock symbol next to their URL — but it’s probably not the reason you expect. Security badges like that one indicate that a site follows standard security practices, but these are rarely enough to guard against all emerging digital threats. At the very least, your device needs its own antivirus protection, which should scan links and downloads for potential corruption in real time. In fact, you should do this even when you aren’t on vacation to keep your devices secure 24/7/365.

You Save Everything With Email

Email was not intended to be the center of the internet, so its initial creators and users hardly built security into it. In fact, because emails exist in four discrete locations, email is perhaps the least secure data on your device. Rather than saving your important information in emails or linking important accounts to your email account, you should use a password or account manager, which gives an extra layer of protection to all your accounts, email included.

Admittedly, this won’t get your devices hacked, but hacked card readers will lose you your money and likely your identity. In other countries, less-stringent rules regarding payment security makes it much easier for cyber criminals to commandeer the data gained from card readers. At stores, gas stations, and even ATMs, the card reader could be working for the bad guys, so you might consider paying primarily with cash while you are on vacation.

You Let Others Bump and Jostle You

Most modern devices come equipped with NFC technology, which makes it easier for them to communicate with other devices. Even many payment cards have NFC built in, so you can tap rather than swipe or dip to pay. Unfortunately, as with most modern conveniences, NFC can also be used against you. “Bump” attacks consist of little more than a stranger knocking into you, which is easy to ignore on crowded public transit or sidewalks. Yet, to prevent those strangers making off with your data, you should try to keep a buffer between you and everyone else.

You Leave Devices out of Your Sight

You might not need your laptop during your busy vacation days, but by leaving any devices unguarded in your hotel room, you risk losing them, your data, or both. In fact, you shouldn’t ever let a device out of your sight; even in a coffee shop, the time it takes you to get a second sugar packet is enough for a thief to pocket your smartphone, plug a USB into your computer, or worse. If you travel with your devices, you should keep them with you at all times or lock them in your hotel safe. 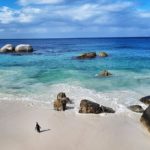 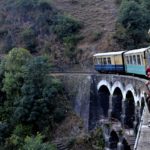 The Smart Guide to Traveling Through India