How Many of These California Gems Have You Discovered?

7 Charming California Destinations – How Many of These Gems Have You Discovered?

Not only across the country but across the globe, California is renowned for having some of the most iconic vacation destinations. You’d be hard-pressed to find someone who didn’t recognize places like Los Angeles, Hollywood, San Diego, and San Francisco. However, California is a huge state; there’s much more to the Golden State than a mere handful of cities. Its terrain is diverse, from coastal and desert cities to sleepy towns tucked away in the forests and mountains.

With so much to see in California, it’s only natural that a few cities and towns get forgotten in the shuffle of top recommended places. Below, we’ve put together a list of seven Californian vacation destinations you might not have known about, but are totally worth the visit. Read on to learn more!

Believe it or not, Capitola is the oldest seaside town in the entire state of California. The town is brimming with colorful, Venetian-style beach bungalows, a lovely pier, and a tranquil small-town atmosphere, located only an hour and a half south of San Francisco. Here, you can enjoy all of the beauty of central California without the hustle and bustle of being in the city.

Big Bear Lake stands out not only for its gorgeous mountain atmosphere, but for also being the only ski resort in Southern California. That line that Californians feed you about being able to surf and ski in the same day is no joke; Big Bear Lake is a mere two-and-a-half hours away from L.A and two hours from Palm Springs, yet you’ll feel like you’re staying worlds away from the beaches that Southern California is known for. In the summer, you can spend your days kayaking, paddleboarding, fishing, and boating on the lake. Come winter, you can ski (cross-country and downhill), snowboard, snowshoe, and more at locations like Snow Summit and Bear Mountain.

Santa Barbara is a funky beach town that couples the best of a city atmosphere with the laid-back ambiance that has drawn in countless visitors seeking out that soul of California. Artists and hippies flock here, as they did in the old days, but they’re now joined by new generations of freethinkers and people who want to enjoy Santa Barbara’s exquisite coastal atmosphere. The city is also located near Los Padres National Forest, the Santa Ynez Mountains, and Mission Canyon, meaning that you can spend your days surfing, hiking, and having fun outdoors in between checking out famous spots like the Funk Zone, the Waterfront, Stearns Wharf, and the Riviera.

Nestled between Los Angeles and San Diego, Dana Point was an early mecca in the surfing scene. It marries the beachy vibe of dive bars and simple beach shacks with pricey yachts and enormous mansions, making it a varied and beautiful landscape for your Californian experience. It’s also one of the most photogenic places in Orange County, so you can take gorgeous pictures during your vacation as keepsakes.

This secluded beach is tucked away at the very southernmost tip of not only the West Coast, but all of the continental United States. Imperial Beach’s isolated location between San Diego Bay and the Pacific Ocean has largely preserved the unfussy and classic vibe of its SoCal roots. You can see both San Diego and Mexico from its iconic pier.

Lake Almanor is a stunning lake located about one hundred and sixty miles north of Sacramento within California’s Shasta Cascade. Here, you can enjoy activities on and near the lake during the warmer months of the year, then enjoy the changing leaves in the fall and recreation like snowshoeing and skiing during the winter. It’s also located nearby Lassen Volcanic National Park, where you can see steam vents, active hot springs, and bubbling mud pots. 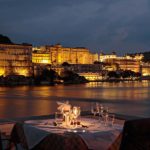 Most Romantic Restaurants in Udaipur India 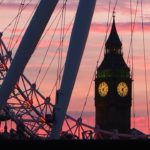