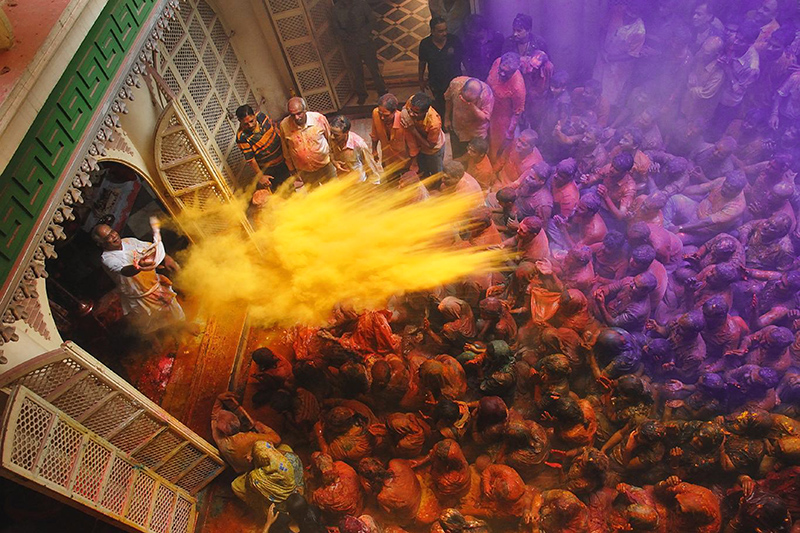 Offbeat India: 10 festivals to experience on the Indian subcontinent

Twenty-nine states and seven union territories, each with distinct cultures and identity, come together to create one country; India! No wonder then that merely visiting a few of the many monuments and museums is not enough to understand its people and their ways. A better idea is to plan your journey to partake in a colorful and interesting festival or two!

With festivals happening in some part of the country throughout the year, it can be a rather taxing task to choose what to attend and what to miss. So, here’s a list of ten must-attend festivals that will take you a bit closer to the heart of India!

Perhaps the grandest of them all, Diwali in India is often considered the equivalent of Christmas in the West. Celebrated during the months of October-November, Diwali is a five-day festival that commemorates the return of Lord Rama, his wife Goddess Sita, and his brother Lord Laxmana to Ayodhya after 14 years in exile. Festivities include houses being cleaned and decorated with lamps and lights, sweets and goodies being exchanged, and an elaborate pooja (prayer) on the big day followed by a grand show of firecrackers! With houses, offices, streets, and shops decorated with the aim to not leave a single corner in darkness, every city on this day is a sight to behold!

Heard of ‘La Tomatina’? Well, Holi is the Indian version of it, where in place of tomatoes, we play with colored powder called gulal! It is celebrated in the month of March to mark the victory of good over evil (associated with the legend of Prahalad and Holika). The festivities include lighting a bonfire on the eve of Holi, followed by a grand party with assorted gulal, water guns, delectable gujiyas (traditional sweets), and bhang wali thandai (a cold milk beverage with an infusion of the leaves and flowers of cannabis). So, should you decide to experience this riot of colors in India, you must head to Mathura-Vrindavan—a region where the festival spirit meets a deep-rooted devotion to and love for Lord Krishna and yields some truly spectacular sights!

Celebrated by Muslims, Eid is a sacred festival symbolising the unity, brotherhood and the joy of giving. The happiness quotient is purely derived by being a factor in bringing a smile on another’s face. There are two types of Eid – Eid-ul-fitr and Eid-ul-Azha. Eid-ul-fitr is celebrated at the culmination of the holy month of Ramadan while Eid-ul-Azha befalls upon the completion of the Haji Pilgrimage. The festive hugs and promises on both the festivals are followed by a feast including scrumptious delicacies like Sevai. During Eid-ul-fitr, the devotees also exchange Eidee or gifts amongst each other, especially to the younger ones.

In India, you can partake in the festivities in various parts of the country, but the ultimate experience of belonging in a community strung by brotherhood and to treat your taste buds to traditional delicacies, one should head to spots like Charminar in Hyderabad, Eidgah in Srinagar, Jama Masjid in Delhi (Do try the authentic dish at the popular restaurant Gali Kebabiyan) or the nawabi city of Lucknow.

Also called Vijaydashmi, this festival is largely based on the Indian epic, Ramayana, and celebrates the victory of Lord Rama over the demon king Ravana. The celebrations include enactments of scenes from the epic that culminate into effigies of Ravana and his two brothers being set on fire. It is celebrated in the month of September-October and witnesses children and adults rejoicing in fairs held all over the country. However, the one place that must be on your list to witness this festival in its full glory is Mysuru, where people celebrate the slaying of a demon named Mahishasura by Goddess Durga with great enthusiasm and a magnificent procession called Jumboo Savari!

A celebration of Lord Krishna’s birth, Janamashtmi is yet another must-witness festival and a rather major one, particularly in the northern and western parts of the country. The celebrations usually begin about a week in advance and culminate into beautifully decorated temples exhibiting episodes from the Lord’s life as a child and people being absolutely drenched in Krishna bhakti!  The day in particular sees swarms of devotees lining up at holy abodes at midnight to see their Lord being born, a symbolic representation of course! The festival fervor reaches another level in Mathura-Vrindavan, the region where Krishna is believed to have been born and raised. And should you be in Mumbai during the time, you can treat yourself to a memorable sight of human pyramids competing to break pots of curd and cream hung some certain feet above the ground!

A ten-day long festival falling in the months of August-September, Ganesh Chaturthi celebrates the Elephant God, Lord Ganesha, who is believed to be the harbinger of good fortune and auspicious beginnings. Devotees install statues of the Lord in their homes and on elaborately done temporary community stages called pandals. The ten days then involve prayers and pampering of the guest (Lord Ganesha) and preparation of prasada (modaks typically) that is distributed among family and friends. On the tenth day, the guest is bid farewell to with a lively procession that takes the idol to a nearby river or sea for immersion. The grandiosity of the festival is best witnessed in Maharashtra.

A major festival of the Sikhs, Baisakhi (or Vaisakhi) is celebrated either on April 13 or 14 every year. A spring harvest festival in Hinduism and Sikhism, Baisakhi holds more prominence for the Sikhs as it also commemorates the creation of Khalsa warriors in the year 1699 under the leadership of Guru Gobind Singh. The day usually begins with a dip in a holy river, followed by a visit to a temple or a Gurudwara. On this day, Gurudwaras all across India are decorated and hold prayers the whole day. Fairs are held, people dress up, visit friends, and feast on delectable dishes.

A nine-day long fasting festival, Navratri is a celebration of Goddess Durga and is observed twice a year, once in March-April and then in September-October. The nine-day period in the second half of the year is also associated with Dusshera and is more widely celebrated. Fasting and prayers are the order of the day, with garba and dandiya events organized in many parts of the country on all nine evenings. These events involve dressing up in traditional attires and enjoying a vivacious evening of folk dancing. Ahmedabad is the city to be in when you wish to get a good taste of what Navratri is about!

A celebration of the Sun God and the day that marks the end of shorter winter days and the beginning of the longer summer days, Makar Sankranti is usually held on January 14 every year. This day has different names in different regions—Lohri, Bihu, Pongal, and Sukarat! The festivities involve holy baths, cultural fairs, bonfires, feasts, and kite flying. Speaking of kite flying, if you are well-versed with this art or hold a fascination for kites, you must attend the International Kite Festival held on this day every year in Gujarat! Kites in all shades, shapes, and sizes await spectators here!

Another festival that reveres Goddess Durga, Durga Puja is perhaps the most important festival of the Bengali community. Celebrated in September-October, it is a multi-day festival involving idol installation in homes, temples, and on grand community stages, chant and prayer recital, feasts and fairs, and idol immersion. A celebration of Shakti or the power of a woman, this festival is best experienced in the City of Joy, Kolkata. 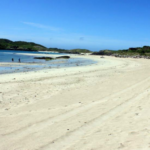 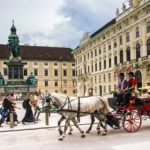 48 Hours in Vienna – Top Highlights and Best Things To Do