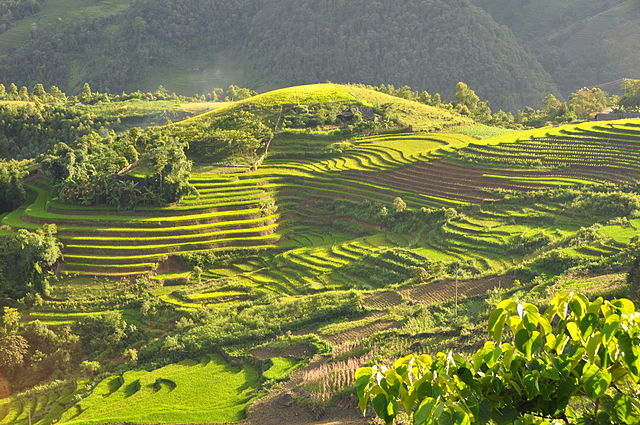 Vietnam is a Southeast Asian country that has become renowned for its beaches, temples, Buddhist pagodas and lively cities.  This country is an astounding blend of natural attractions and cultural diversity. Splendid sights, exciting beaches, amiable people, and exotic tastes make the country one of the destinations in the hearts of tourists across the world.  Here is a look at the top scenic attractions when visiting the fascinating country of Vietnam.

You should not miss to see Imperial Citadel of Thang Long situated in Hanoi when you travel to Vietnam. It is currently a UNESCO World Heritage Site and is also an absorbing part of Vietnam’s history. Imperial Citadel denotes historical and cultural importance of the country. It is situated in Ba Dinh and houses foundations of old palaces, relics, ancient roads, ponds and wells. The Imperial Citadel was built in the 11th century by the Ly Viet Dynasty on the remains of a Chinese fortress dating from the 7th century. It stood as the centre of regional political power for more or less 13 centuries.

Ha Long Bay is a very popular destination located in Quảng Ninh Province of Vietnam. It is spread with 1,600 limestone islands and isles in an area of over 1,500sqkm. Ha Long Bay was confirmed a UNESCO World Heritage Site in 1994. Visitors are amazed by its fascinating limestone islands, rock formations and caves. Exploring cave formations, kayaking around rocky outcrops and watching the wildlife are some of the favorite activities amid tourists in Ha Long Bay.

Hoi An Ancient Town presents travelers magnificent blend of ornate Chinese temples, a Japanese-designed bridge, wooden shop-houses, French-colonial houses, and old canals. It is a UNESCO World Heritage Site and listed in 1999. Hoi An is a city on Vietnam’s central coast acknowledged for its well-conserved Ancient Town, cut through with canals. Its buildings and its street preparation reveal the influences of both native and foreign.

My Son Sanctuary is a UNESCO World Heritage Site. It is a great example of the ancient Champa civilization. My Son Sanctuary houses about 70 structures dedicated to Hindu gods and goddesses.   It is a bunch of forsaken and partially ruined Hindu temples built between the 4th and the 14th century AD by the kings of Champa. The temples have a range of architectural designs. The temples are devoted to the adoration of the god Shiva, identified under a variety of local names.

Sa Pa Terraces is another top attraction that tourists can enjoy in Vietnam. Situated at 1500 meters (4921 feet) above sea level in Vietnam’s distant northwest mountains, Sa Pa is well-known for both its excellent, rocky scenery and also its affluent cultural diversity. The rice terrace fields can be seen in the Muong Hoa valley between Sa Pa town and the Fansipan Mountain. Local people cultivate rice and corn on these paddy terraces, together with vegetables.

Con Dao Islands is a cluster of islands off the southeast coast of Vietnam. The Islands are famous for their sandy beaches, coral reefs and abundant marine life. Visitors come here in order to explore gorgeous beaches and the profusion of scuba diving and snorkeling spots.

Phong Nha-Ke Bang National Park is an awesome spot to visit in Vietnam. It is a national park and UNESCO World Heritage Site. It is situated in the Bố Trạch and Minh Hóa districts of central Quảng Bình Province in the North Central Coast region. The Park is located in a limestone zone of 2,000 km in Vietnamese region and borders another limestone zone of 2,000 km of Hin Namno in Laotian territory. The center sector of the national park covers 857.54 km and a defense region of 1,954 km. The park is home to the some of the world’s  largest caves, including Paradise Cave – ThienDuong and Son Doong. 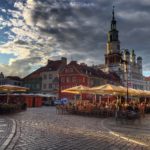