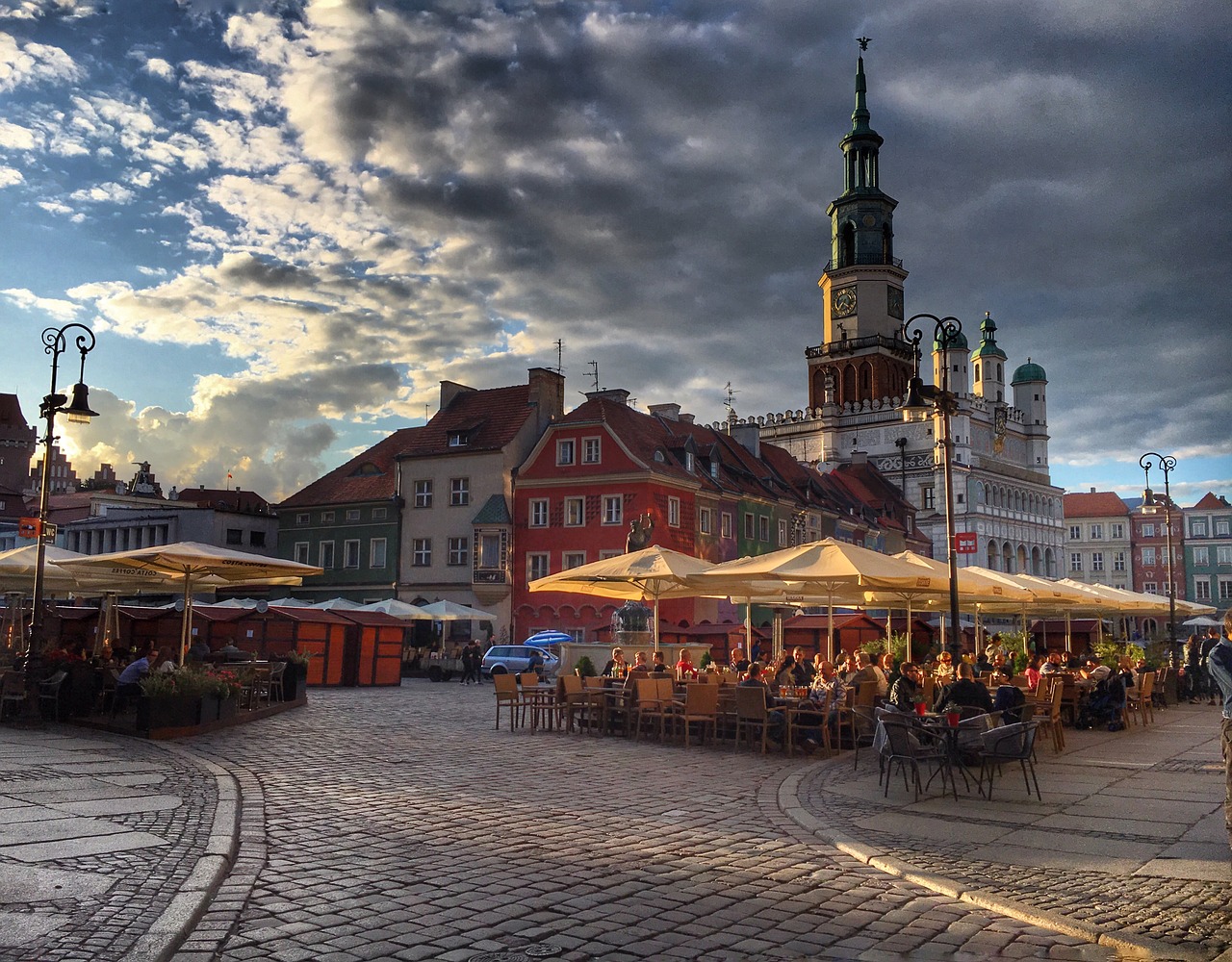 Before I moved to Krakow, I considered Polish cuisine rather dubious, too heavy and even a bit gross at times. I still remember the unpalatable and intense smells of cooking sauerkraut, marinated herring or dried mushrooms.  But to my surprise, I found myself starting to enjoy these strange tastes and at some point began to explore local cuisine with increasing pleasure. Maybe my Polish ancestry took over my tastebuds?

Traveling around the country lead me to many interesting spots where I had the opportunity to try local specialties. Poland could easily be described as a peculiar but very intriguing foodie paradise.

Here are some of the most fascinating dishes I tried during my travels in different regions of Poland that I think every hungry traveler will appreciate.

My first trip to Poznan was a spectacular success when it comes to food. I love potato-based dishes, and the region is known for them. They even have a special loving nickname for potatoes here. But trying St. Martin croissant after a full meal is a bit tricky. Trust me, I would know. St. Martin croissant is a combination of mouthwatering dough and delicious with poppy seed filling. You really couldn’t ask for a sweeter treat.

That one is a classic. I was lucky enough to be invited by my friends to spend the Christmas day with them and their family. The Christmas Eve is when the Polish celebrate the holidays most intensely. Even some of my most liberal friends would turn into staunch conservatists during Christmas. Tradition becomes a national obsession during the last days of December, I enjoyed to witness it all first-hand.

There are countless rules that make a Polish Christmas Eve. Hay under the tablecloth, 12 dishes on the table, one extra plate for an unexpected guest – that’s what the Christmas Even dinner is all about. And you can’t start eating until the first star appears on the horizon.  And nothing tastes better than a homemade red beetroot soup with tiny dumplings are filled with aromatic cabbage and mushrooms – don’t worry, you’re not going to end up looking like a vampire. After spending that kind of Christmas, I could easily tell why these dumplings taste like home to so many of my friends.

Nothing reminds me more of my trips to the mountains like that characteristic smoked cheese with cranberry sauce. Whenever I bite into that unforgettable combination of salty and sweet, I think of Zakopane and the southern part of the country. Wandering along the stunning streets of this mountain town, I often bought oscypek from local vendors – it’s a delicious and aromatic street food.

One summer I decided to head north to the Baltic sea. Next to the beaches full of screens the Polish use to add a touch of privacy to their beach experience, and stands filled with Chinese souvenirs from the Eastern European Gdansk, one of the most popular sweet treats that dominate most Baltic towns are waffles with whipped cream and other toppings. They were yummy, even if they made me look a bit ridiculous when I got the whipped cream all over my face.

Another interesting dish I tried in that region was hałuszki. Even if I’m one of the greatest potatoes fans out there, I was a bit disappointed when I learned that my dessert would be potato-based. Well, I had no idea that potatoes could be so exciting. Served sweet with cream, hałuszki was just mouthwatering.

One of my most memorable trips around Poland took me to its northeastern border shared with Belarus. Podlasie is a fantastic region that houses one of the oldest European forests. The food is simple, but surprisingly tasty – I somehow enjoyed that rustic style. I was brave enough to try kartacze, the large potato and meat dumplings that look like zeppelins. Believe me, that kind of meal should always be accompanied with a tall pint of beer.

That traditional Polish dish always puzzled me. Rice and meat filling wrapped in cabbage leaf for some reason made me think of Chinese cabbage rolls – only a couple time larger! Served with tasty tomato sauce and potatoes, gołąbki are a real treat. If you ever find a Polish friend and convince them to invite you to the Sunday lunch at their grandma’s you’ll get to try them for sure.

Knedle are potato dumplings that come with different fillings. And the best place to try them is the Polish milk bar. I always find it very hard to explain what the milk bar is to foreigners. It’s not a bar, and you certainly don’t drink milk there. Instead, visitors will find all kinds of traditional Polish dishes ranging from pierogi to red beetroot soup. As a backpacker, I love milk bars – they’re cheap, and the portions are huge. When I got back home, I attempted to recreate the dish, but I ended up with fruit juice dripping all over my kitchen.

Fried flounder by the Baltic Sea

If you ever travel to the Polish seaside, you will instantly notice the incredible number of small bars serving fried fish. One visit to such a bar, and you can be sure to smell fried fish on your clothes and hair for the rest of the day. But it’s worth it! I tried flounder, and I immediately fell in love with that flat fish. But you’ll need to wait in a queue to it – especially if you travel to a popular spot like Władysławowo, or as I like to call it the Polish “Copacabana”, which is quite picturesque but too busy for my taste.

Called the Lithuanian cold soup, the dish is a specialty of the Suwalszczyzna region. I love the color of the soup, and you can’t believe how well it fits hot summer days. Now that I think of it, the Polish are obsessive soup eaters, and they have a collection of soups for every season. Sometimes soups are eaten as a main dish and no wonder – they’re so thick with cream. And they all have different names that sometimes make you cry with laughter like  grochówka, żurek, krupnik, rosół.

That wasn’t the first time I tried salted herring – it’s a very common snack in Holland, especially the Hague. But the Mazovian salted herring are much tastier, just perfect for those with a great appetite and nothing to lose – like me. And the best thing about them is that they’re a popular tradition I learned to appreciate.

As you can probably tell, salted herring comes as part of a set with a shot of vodka. The dish tastes best if you have it in a locale called szynkarnia where you buy a shot of vodka for 4 zloty and drink it standing at the bar together with the herring. That’s the Polish style of going out – it might not work for ladies, but it sure does wonders to hungry backpackers.

Another taste that reminds me of my trips to the Tatra mountains is kwaśnica. The taste is quite original, and I suppose it’s not everyone’s cup of tea, but during my time in Poland, I developed a taste for Sauerkraut, so I naturally learned to love that soup as well. Now that I think of it, cabbage comes in all shapes and sizes in Polish cuisine, and some cabbage dishes are surprisingly tasty (even if they often look quite unpalatable).

If Poland was a kingdom, it would be called the United Kingdom of Pierogi. During my time in Poland, I tried more kinds of pierogi than I can remember. Sweet or salty, pierogi found a place in my heart – and my fat tissue. And for some reason, mushroom and cabbage pierogi became my favorite.

That could be because Polish mushrooms are completely different from what I used to buy at the supermarket. Come autumn, many of my friends go to forests and pick mushrooms themselves. I wanted to do that as well but since I can’t tell one mushrooms kind from another, my friends advised me not to do that and just tag along with them. So they spent their time busily looking toward the ground, while I leisurely admired the beauty of the forest.

My extended stay in Poland taught me that the Polish cuisine could be quite unpredictable – and that’s why it’s so exciting!

It’s not all about pierogi, pork, and cabbage, but it, in fact, offers a range of treats that accurately represent the variety of natural resources and traditions in different Polish regions. Needless to say, my culinary experiences taught me more about Poland than any guide ever could. 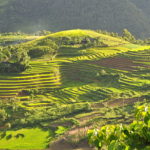 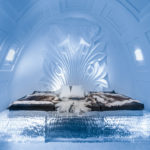