The optimum rules to guarantee a successful staycation

It’s become the buzzword in holiday discussions. The days of grabbing a cheap break across the Med used to be the fashionable thing to do, but now more and more people are opting for a less stressful solution. Keeping things simple, and staying in the country is something that is appealing to couples, families and every demographic under the sun.

Of course, it’s on these breaks that the all-inclusive resorts and general flexibility somewhat go out of the window. You are required to fend for yourself a little more; a lot of areas of the country just aren’t designed for tourists and you have to look for things a little harder.

Bearing the above in mind, if you are planning a staycation, you need some sort of structure. The following rules have been put together to help you along your way and ensure that you don’t make the common mistakes that a lot of staycation beginners tend to fall into.

This isn’t an excuse to work from home

It doesn’t matter whether you are checking into a hotel, or opting for the relaxing spa break, this isn’t an excuse to open your laptop and work from home.

For some reason, a lot of people think that working from home is allowed if you are staying in the country. Perhaps it is related to communication, and the fact that you are much more available without the issue of roaming costs, but whatever it is you need to stop it now.

For some people, this might just involve switching their phone off. For others, you might want to avoid temptation altogether and not take along your laptop.

Regardless, you need to take some steps. You wouldn’t do it on the beach, so why do it on home soil and waste precious hours of your holiday allowance?

The no cooking rule

This might be a contentious inclusion for some people and in truth, there might be some readers who would like nothing more than cooking for hours in their free time. If you do fall into this category, feel free to skip to the next suggestion.

In general, cooking is a chore for us though. Particularly with the rigors of day-to-day life, a relaxing break certainly doesn’t constitute slaving away over an oven.

As such, the next rule is to say no to cooking throughout your staycation. If you were in a hotel abroad you wouldn’t do it – so why do it now?

Say no to television

This rule is going to be adjusted somewhat; you should at least say no to television during the daytime. Admittedly, if it’s a cold night and you’re based in a quiet area, other activities might be at a premium as the hours tick by.

Little else needs to be said about this rule though. For most of us, TV is part of day-to-day life. Your staycation isn’t about keeping to your daily routine – look for other ways to spice your attention.

You’re not there to clean

Sure, you shouldn’t be looking to leave your accommodation in a total mess, but don’t fret over cleaning either. Unless it is part of your terms (and this is only likely to occur if you are privately renting through something like Airbnb), it’s a chore that simply isn’t merited through a staycation.

Let’s not forget that you will have paid significant money to book your accommodation (prices are generally comparable to going abroad), so under no circumstances should you blight your break with cleaning duties. 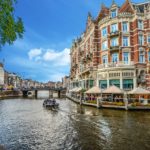 Top Reasons To See The Netherlands On Your Next Vacation