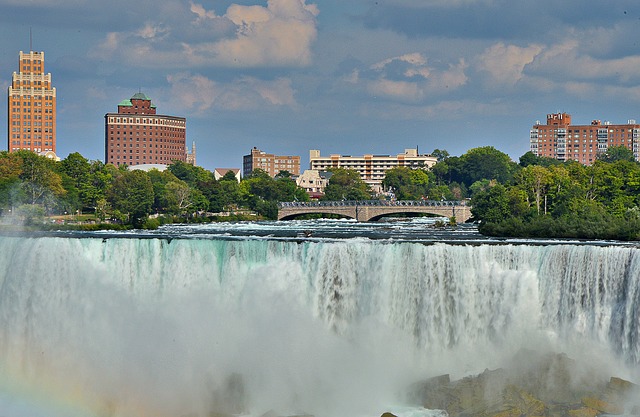 Unique Sights To See On Your Niagara Falls Vacation

Niagara Falls has a great number of activities and sights packed into what’s really a small town. Most visitors come with a plan in mind that generally centers around the falls. After all, isn’t that the whole point of visiting Niagara Falls in the first place?

While activities centered around the falls are always a must, such as the boat ride to the base of the falls or the hike that takes you behind the falls, there is a lot more to Niagara than meets the eye. Of course there’s the thriving food scene, the wineries that rival any in the world, and the hours of fun at the many attractions geared toward kids.

But if you look a little deeper, you’ll find that there’s more to Niagara than you ever imagined. This area has hundreds of years of history to discover and something just a little different around every corner. If you’re planning a trip to one of the Niagara Falls hotels these are a few off-the-beaten-path sights and places that will definitely make your visit a lot more interesting.

One might find it strange to find a monument to the Croatian-born pioneer of electricity but Nikola Tesla had a huge impact in this area. A monument to Tesla stands in Queen Victoria Park, even though most of his actual work in Niagara took place on the American side of the falls.

Nikola Tesla had the idea of harnessing the power of water to create electricity and he did just that alongside George Westinghouse. In fact, the two went head to head with Thomas Edison for the contract but Team Tesla won due to the fact that they wanted to use alternating current instead of direct. Thus, the very first large scale hydroelectric plant was born in 1896. You can still visit the last remaining building of the Adams Power Plant today.

Isaiah Robertson, originally from Jamaica and now a Canadian citizen, spent many years of his life in Niagara Falls buying older homes, fixing them up, and reselling them. By all account he was just an average guy. Then one day God spoke to Isaiah and told him he was in Niagara on a mission to save all of mankind because the world was going to end in 2014. Isaiah would become God’s prophet and to garner the attention of everyone in the world he was to decorate a very special house.

Obviously 2014 has come and gone and we’re all still here and so is the Second Coming House. Elaborately adorned with hand carved and painted symbols encompassing all religions, the Second Coming House is a sight to behold. Isaiah still lives there and is said to welcome visitors but most people simply drive by and take photos.

The Richardson Olmsted Complex in nearby Buffalo, New York is a must during your visit and it’s easy to get there. What is not easy is actually getting a hold of tour tickets, so do that as far in advance as you can. A National Historic Landmark, this sprawling network of buildings was completed in the late 1800s and became the home of the region’s mentally ill.

In the 1970s, the patients were moved to a new facility and the buildings began to deteriorate. However, the tours are a must for those who love all things creepy and there have been talks of converting parts of the complex into residential housing and other multi-use facilities. Regardless, the structure and the grounds are beautiful and worth the trip.

Part of the Canadian Parks System and the sight of Canada’s most deadly battle, Old Fort Erie is a fascinating step back in time. During the War of 1812, U.S. forces captured Fort Erie from the British and bloodshed ensued. Over 200 soldiers from both sides died that day and Old Fort Erie is the last preserved battlefield from that war.

And it’s allegedly quite haunted. During the daytime hours you can visit and see the preserved buildings and reenactments but at night you can take a tour by lantern with a costumed guide who will be happy to scare the pants off of you with ghostly tales. And who knows what you might see for yourself?

Niagara Falls is much more than the falls themselves. There are some interesting people and places that make this area just a bit more special. During your stay why not look for something different and visit one of these unique landmarks? You won’t be disappointed. 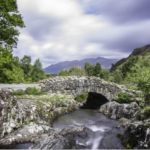 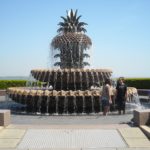 Parent’s Guide to Best Parks for Fun in Charleston, SC