The Wooden Architecture Route of Małopolska, Poland – a journey worth taking.

In a world that has become incredibly technology driven, it can be hard to imagine that not too long ago we were very much dependent on wood. Generations used it to stay warm, to cook food, to create paper, and to build. Most importantly, we used it to build. These days the majority of buildings are created with a combination of steel, earth and concrete but there was a time when wood ruled. Literally. Thankfully much of our glorious wooden architecture has been beautifully preserved. This is particularly true in Malopolska, Poland which is renowned for its wooden architecture.

An entire route dedicated to wooden architecture? You bet. The Małopolska Province is located in the south of Poland and known for its medieval architecture. There are no less than eight UNESCO World Heritage Sites in the region. While some, such as Auschwitz and Wieliczka, don’t need an introduction, what you might not know is that the region was once more famed for its wooden architecture.

There are a jaw dropping 237 wooden architecture sites in the province (or voivodeship as Polish administrative districts are referred to) and along the 1,500 km route. A number of these sites have had the honor of making onto UNESCO’s prestigious ‘must see’ list. Here is an in-depth look at the kind of wooden architecture that is definitely worth traveling to see.

Located deep in the south eastern part of Malopolska, a little south of Gorlice and 137km away from the city of Krakow, you will find this home of worship, which is often called the Gem of Beskid Niski. Built manually more than five centuries ago in 1520 using larch wood covered with shingle, the structure is noted for its survival skills alone.
During the First World War, the church was on the frontline and suffered terrible damage both on the exterior and in the interior. A massive program of restoration occurred in the 1990s, and today the place of worship is back to its old glory.  One of the most aspects of the church is the 17th century altar and stone font, which is still used for baptisms and dates back to the 16th century. You can visit the church between May and December each year.

The Church of St. Michael the Archangel goes back to about 1500 making it the second oldest church in the area. It is one of the best maintained wooden Gothic churches in Poland, and recognized as a national landmark internationally as it was nominated for the Seven Wonders of Poland.

Its unique polychrome interior, which dates back to when it was originally built, makes it the oldest surviving polychrome made from wood in Europe. Visitors receive a free guided tour of the church, but it is recommended that you phone ahead if you plan on visiting the church in winter. The last thing you want is to arrive at the church and not be able to see it properly.

This magnificent church can be found an hour away from Krakow, to the south east of the city. The actual date of construction of this steep-roofed structure is contested with local legend claiming it was built all the way back in 1141, although this has been discounted by most historians, who place the date of construction somewhere in the late 15th century.

This place of worship’s most notable feature is the fact that it doesn’t have a tower, but that is made up for thanks to the exquisite 16th century paintings that adorn the ceiling. There is also a replica or relief of the Virgin Mary that was originally created in the 14th century. Since its addition to the UNESCO List in 2003, the original altar has been moved to the Diocesan Museum in Tarnow, as the original altar is considered to be so valuable. The church is open to tourists between May and December.

A trip to Malopolska’s Wooden Architecture Route is not something that is recommended for the regular traveler. You can’t exactly fly to each destination, wonder around the wooden buildings for a few minutes and then head back to your oh so boring and mundane hotel room. This trip is  suited to those who enjoy driving, have a decent map (or GPS system), a lack of fear of the roads of Poland, and a keen sense of adventure. The countryside is beautiful making it an enchanting journey into this Eastern European country for those with the time and guts to take it on.
If you are pressed for time and still want to take in some incredible wooden architecture, stick to Krakow as you can see St. Margaret’s Chapel in the Salwator district, Mogila’s Church of St. Bartholomew, and the Church of St. John the Baptist in Nowa Huta. All are superb instances of the region’s wooden architecture, and will save you time. What are you waiting for?

Top Travel Mishaps and How To Survive Them 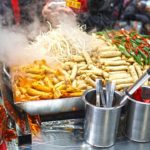 Street Food, Everything You Need To Know