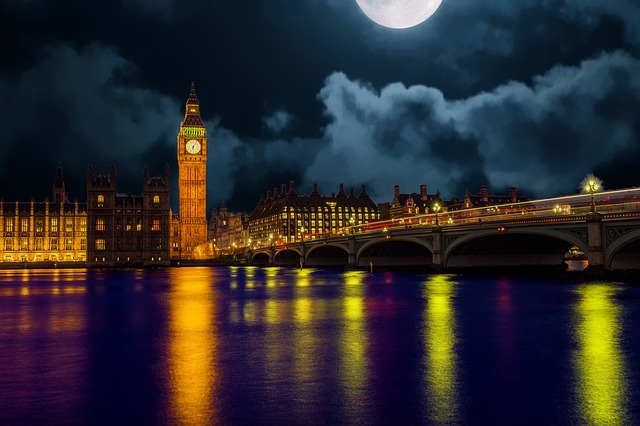 Haunted London Walks to Uncover London’s Dark and Mysterious Past

Uncover London’s Dark Past At These Fascinating Sites That You’ll Discover on London Haunted Walking Tours.

London is the capital city of the UK and known for its many ancient wonders, famous Victorian architecture, many acclaimed museums, parks, galleries and much more. But let’s be honest, all is not roses and glamour; London also possesses a darker side to its past and with a history that holds many unsolved mysteries and bloody events!

So if you’re intrigued by London’s dark past, we’ve got just the places for you! From Jack the Ripper walking tours, to exploring haunted houses, there’s a lot of ways you can explore the darker side of London. Let’s take a look at some of my favourite below.

When you think of ancient London streets you probably think about Jack the Ripper, a mystery that still intrigues many people today and one that will likely to never have an answer! A Jack The Ripper ghost tour is a great way to explore London’s dark past and is sure to be an unforgettable experience. There are many different Jack the Ripper walking tours available and you can even hire private tours from some agencies.

Often starting later in the evening, tours usually begin from 6pm onwards.  Jack the Ripper walks will take you all around the murder sites in the Whitechapel district as you follow the elusive killer’s footsteps.

Expert tour guides called ‘Ripperologists’ provide an informative and insightful commentary as you take a journey back to 1888! This is a brilliant way to explore the mystery behind one of the world’s most infamous serial killers.

From serial killers to a more supernatural wonders, London offers a variety of ghost tours that will take you all around London’s many famous haunted sites. From dark and spooky haunted alleyways to forgotten homes, old London pubs and much more.   With London’s ghost walking tours you’ll explore some of London’s most historic and reportedly haunted spots.

London has been the site of many menacing incidents like the great fire, the Black Death, serial killers and much more. Is it any surprise that some lost souls have yet to find rest? Ghost tours are available from a wide range of tour guides and are led by local history experts. So you will get a more thorough insight into London’s dark and forgotten past as you explore the streets.

Thrilling, spooky and insightful a London ghost walking tour will give you a view of London you’ve never seen before! So if you want to explore London’s dark past a walking ghost tour through London’s many haunted places is just what you need.

Visit The Tower Of London

The Tower of London is one of the most famous and haunted areas in all of London, if not the world! You’ll need to purchase a ticket to enter the tower and you’ll also be able to view the crown jewels, have access to audio tours and many other exhibits.

But if you want to explore London’s dark past, the tower is where you will be spending the majority of your time. Throughout history, the Tower of London has been the site of many famous and historic events including its fair share of deaths and executions.

There have been plenty of ghost sightings and legends surrounding The Tower of London from James the first’s cousin to a ghostly bear! While you might not see any ghosts yourself, a number of guests who have visited the Tower have described the atmosphere as very chilling. Who knows, you just might see something a little more otherworldly!

Many Londoner’s will tell you that the modern underground is scary enough during rush hour, but if you really want to explore London’s dark past then you’ll want to go back a little further than that. Deep under the streets of London, there’s a number of hidden and forgotten railway stations, most famous being the eerie Aldwych station.

Tours to these undeniably creepy locations are rare, so if you really want to visit keep your eyes out for postings. You’ll be able to take a trip to London’s scary past as you explore forgotten marvels of a time long since gone, who knows what may be waiting down there for you!

London is the home to many amazing examples of Victorian architecture, but few are as dark and eerie as the Victorian cemeteries that surround the city. Kensal Green and Brompton Cemetery are two of London’s most popular cemeteries and you’ll find plenty of walking tours available for them and many others.

From imposing gothic mausoleums to aged angel statues and ancient monuments London’s Victorian cemeteries are a great place to visit if you want to explore London’s dark past! Walking tours will give you a great way to find out more about London as you take in crumbling tombstones and explore London’s past residents’ final resting place.

8 Amazing Ways to Save Money on Your Next Holiday 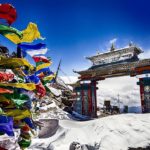