Can I Take Medical Marijuana On A Plane? TSA Answers

Despite what you may have heard, the TSA has not eased its regulations on cannabis and medical marijuana.

Recently there was an error on the TSA website and everyone got excited that medical marijuana (or medical cannabis) seemed to be approved for travel through airports.  Sorry folks, Medical Marijuana is not allowed in carry-ons or in checked baggage and here’s why.

As of 2017, there are 28 states in America (more than half the country) that have voted to approve the use of marijuana for medical purposes.  With many contiguous states that have approved the use of cannabis,  you might think you could fly between states who have legalized it’s use, but that’s not the case.

The TSA is a federal agency and is governed by Federal Laws.  Currently the use and possession of marijuana is illegal in the United States by Federal Law, despite the fact that individual states have legalized its use.  Until Federal Laws catch up with the wave of cannabis legalization that is sweeping the country, it will remain illegal have it in your possession while flying.

It would seem however, that the detection of small amounts of marijuana and narcotics are not a high priority during TSA screening.  If discovered, it is the obligation of the TSA to report it to law enforcement. It’s a good practice to check the TSA What Can I Bring? webpage to determine what medical related items can be taken in your carry on baggage or put in your checked bags, or read our previous post about What Can I Take On An Airplane?, Easy Answers. 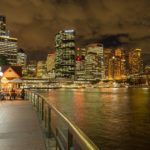 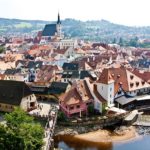