If you’re looking for a culture rich vacation where you can step back in time and admire perfectly preserved landmarks of past eras, then France is the place to go. Apart from being famous as a haven for lovers and romantic souls who like to indulge in good wine, France also hides historical jewels which can be seen in its magnificent fortresses and fortified cities. From Provence to Languedoc, there’s an array of walled cities in every part of France that survived the passage of time and remain almost fully intact, and they are certainly worth a visit.

Here are France’s most beautiful walled cities and fortresses that are definitely worth discovering:

It’s hard to top Carcassonne’s glory when it comes to the most beautiful walled cities in Europe. The city rises above the River Aude and it represents perfectly preserved spirit of medieval times. The first thing you find absolutely astonishing is its size. The city comprises of the castle, basilica, a total of fifty-two towers, and walls which form a double line that stretches over three kilometers. It’s enough to leave you breathless and a bit envious of the local residents, as the city is still inhabited by approximately 100 people.

Dating back to the 13th century, when it was inhabited by Occitan Cathars, it was restored in the 19th century by a famous neo-Gothic architect Viollet Leduc, who added a personal touch to the landmark. Although the fortress is authentic, some parts of it, like the tower roofs and battlements represent Leduc’s imagination and his own vision of a medieval city rather than the actual depiction. Nonetheless, this amazing fortress is worth your while, but bear in mind that you’ll spend plenty of time walking and climbing up the stairs, so it’s beneficial to be in good shape.

This little village in Province has a long and rich history dating back to the times when Celtic people inhabited this region, when it served as a stronghold. The most reliable witness of the village’s violent past is Citadelle des Baux, a ruined castle. Despite being mostly in ruins, the castle still contains plenty of interesting attractions, like the Paravelle and Saracen towers, Charles Rieu Monument and the orientation table, and the siege machinery. Additionally, you can easily imagine how the castle looked like in its glory days thanks to the two vivid models of the castle, which are located near the entrance.

There are also information panels all across the site which offer descriptions of attractions and several images that show how the castle looked like in medieval times. The keep is the highest point of the castle, from which you can admire the stunning views of the entire citadel. It’s difficult to reach it, as you have to climb a very steep stairway and you might feel dizzy, but if you overcome these obstacles, you’ll be rewarded with a glorious view from the top.

When planning France tours, you shouldn’t miss visiting Burgundy. The home of the finest wine also offers historical treats, like the castle Guédelon. What differentiates this castle from numerous others is the possibility to see history in the making. The main idea of the project was to build a castle that will look like it originates from the 13th century. What’s also interesting is that the construction doesn’t rely on modern technologies, but only on those that existed in the Middle Ages.

The project provides plenty of job opportunities, as anyone can apply to participate in the construction and during that time they will learn to build using only methods from medieval times, such as stone masonry and rope making. The guardrooms, the castle kitchen, and the antechamber with murals are some of the attractions that Guédelon features so far. About 500 meters from the main site there’s a windmill with its own story to tell. You get to the mill by walking along forest paths, so be sure to bring comfy shoes.

If you’re looking for a secluded retreat, there’s no better place than Langres. This fortified city located on the hill that rises above the Marne Valley is fully encircled with walls, bastions, and watchtowers. It was among Gallic capitals of Burgundy, but only few attractions date from that period, majority of them were renovated several times until the 19th century.

On your way around the city you’ll be able to see the towers and city gates along with the scenic landscape of Marne Valley. You’ll also get an occasional glimpse of the Vosges Mountains. The walk around the city isn’t too long (3.5 km) and it’s also a pleasant one, due to the flat road. The number 7 is symbolic for Langres, as its seven towers and seven gates originate from Gallic times. When passing by, pay attention to the Tour Navarre, as it’s the last architectural piece of its kind that remained in the country.

Walled cities and fortresses in France offer a perfect mixture of romance and mystery, so you’re guaranteed with a unique experience of culture and pleasure. 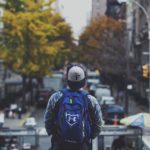 How to Avoid Travel Burnout on a Long-Term Trip 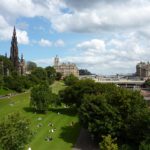 Ten Top Things To See and Do in Edinburgh Scotland