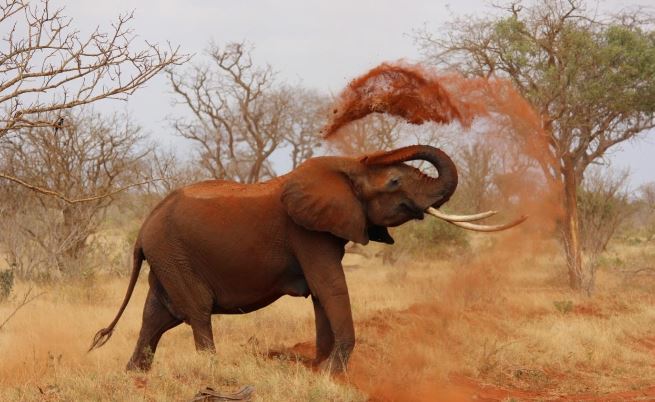 Africa’s Big 5 Safari Animals and Where To See Them

The Big 5 Animals To See While On African Safari

The “Big 5” is a term often used synonymously with African Safaris by most tour operators as a lure to attract safari and wildlife enthusiasts. And, why shouldn’t they be! An African safari is on almost everyone’s bucket list.  Anyone who has ever dreamt of visiting the land of vast landscapes, plush greenery, and of course these wildly renowned beasts hopes to go on an African Safari one day. Before we get into planning details, let’s get a quick introduction to the Big 5 Animals to see while on African Safari.

Who are the Big 5 and why are they called so

Contrary to what you may think, the term “Big 5” was coined by the original big-game hunters around the 19th and 20th century. Of course, these are not the biggest animals on earth but they were named so by the game hunters based on the ferociousness of these animals and the struggle in hunting them. Hunting these was considered one of the greatest challenges and those successful at it were respected in the hunting world. The Big 5 are known to be the most dangerous animals to hunt ‘on foot’ though most of these have been marked vulnerable, critically endangered, and near threatened now.

Known as the largest and the heaviest land animal in the world, the African elephant is one of the most popular larger-than- life wildlife creatures on the face of the earth. The African elephants have been well-known for their ivory which has also been the prime cause for their decreasing numbers. These giant creatures are normally calm in nature but when threatened, they can be your biggest nightmare. They are mostly found in herds of up to 100 at a time lead by a matriarch. Even though easily and widely spotted, you need to keep your cameras handy for you never know when you get the perfect picture of a young calf playing with its siblings.

Fun African Safari Fact: African elephants have the ability to communicate across large distances of up to 6 miles using a variety of low frequencies that can’t be picked up by the human ear.

If the Big 5 are referred to as the most ferocious animals, then the African lion is rightfully acclaimed as the King of the pack. Indisputably the most sought-after of the Big 5, there are unfortunately only 25-30,000 of them left. Though they mainly travel in prides of 5 to 15, Kruger National Park has recorded the presence of at least one pride of 25. In spite of their deadly persona, you are more likely to find a lion sleeping than hunting! You may want to own one of Safari Cameras
to take on a trip to Africa and never miss a moment worth capturing. A typical pride consists of one or two lions, several lionesses, and their cubs. Females hunt more than males.

Where To See the African Lion:  Apart from Kruger, you are most likely to spot these fascinating creatures at the Okavango Delta in Botswana, South Luangwa National park in Zambia, and Serengeti National Park in Tanzania.

Fun African Safari Fact: Lionesses of the same pride usually give birth together hence allowing them to provide 24-hour care to their cubs and communal suckling.

There is rarely an animal who is as great a stalker and as ruthless a predator as the African leopard. Hard to spot because of their spots acting as camouflage and their shy nature, these animals can often be found resting on big tree branches or using them as their observation deck to mark their prey. They are known to move around quite a lot and often using this habit to protect their young ones from other wild animals. The African leopards can climb trees, swim, are extremely dexterous jumpers, and can run at a speed of 35-40 mph.

Where To See the African Leopard:  The Greater Kruger Area, Okavango Delta in Botswana, Masai Mara in Kenya, and South Luangwa National Park in Zambia are some of the popular places to spot these beautiful and smart animals.

Fun African Safari Fact: The spots on the leopards found in Eastern Africa are circular however the ones found in south bear square spots.

Looking nothing less than prehistoric, the rhinos, in general, make you want to question their existence over hundreds of years. Unfortunately, the same may not be said about them soon as the African Rhino is the most endangered among the Big 5.  Rhinos are considered to be the second largest land mammal. The black rhinos love solitude while the white ones are social and prefer staying in groups. Their heavy built should not be mistaken for their lack of speed. When threatened or chasing, they can run approximately 25mph.

Where To See African Rhonoceros:  You can spot these remarkable animals around the Greater Kruger Area, Etosha National Park in Namibia, Hwange National Park in Zimbabwe, and Lake Nakuru in Kenya.

Fun African Safari Fact: The white rhino isn’t actually white. They are slate grey. Their name derives from the Dutch word “weit” which refers to its wide muzzle.

If you thought the gigantic African Elephants and the cunning leopards were a threat, wait till
you come face to face with one of the Cape Buffalos in Africa. No wonder they are accounted for
the maximum number of killings of game hunters. Though they are the most dangerous animals
to see ‘on foot’, safaris inevitably will include a lot of walking in typical African climate and
conditions which is why you should invest in a reliable and sturdy pair of safari shoes. Cape
buffalos stay in groups which at times can include 1000’s of them together. They need to drink
daily which is why it’s easier to spot them near water bodies, especially around early morning
or late afternoon. The male buffalos are distinguished from their female counterparts in their
color which is blacker, the size which is bigger, and horns which join in the middle to form a
‘boss’.

Fun African Safari Fact: Buffalos mate and produce only during the rainy season.

Additional Quick Tips
Know your itinerary well and dress accordingly.
Be careful and follow instructions to avoid any mishap.
Don’t forget to capture the wonderful moments and enjoy your great, adventurous African safari. 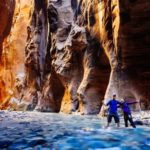