Tallinn, The journey from soviet ruins to hipster paradise.

Whenever you think hipster you probably think Shoreditch in London, Fitzroy in Melbourne, Williamsburg in New York or some other well-known trendy hipster location out there. Do you really think those pop hipsters are “real” hipster? I don’t think so…  As a matter of fact I am sure they are not, especially after I visited Tallinn a few weeks ago.

Tallinn is a lovely city. It’s the capital of Estonia, a country in the North-East Europe with a total population of 1,3 million people. The winters are cold and the summer days are long due to the close proximity to the North Pole.

Estonia regained its independence from the Soviet Union in August of 1991 and ever since this country stayed true to its course of economical redemption and technological advancement. Perhaps, this is why Estonia is considered to be the most tech-savvy country in the world.

Tallinn is a gem on its own – a medieval trade city which is listed as a UNESCO heritage site Tallinn attracts millions of tourists each year. Most of the Tallinn Old Town was built in the 13th century and about 80% of the city has been left untouched. The place is crazy romantic, but we did not embark on this journey for romance, so let’s get back to the Soviet Union.

Estonia regained its independents and together with it the freedom to run its own economy. Hence, many factories and industrial buildings that did not benefit the country and its vision stopped their operations.

M.I. Kalinin’s Tallinn Engineering Factory had the same fate. Located conveniently close to the old town the factory soon was privatized and only reopened in 2009 as Telliskivi Creative City.  Telliskivi is filled with vegan cafes, stores, studious, art galleries and shared accommodation.

Some of the buildings have been completely refurbished and turned into studios, whilst others were left almost untouched to sustain its initial industrial view.  When walking through Telliskivi you will see some great design and entertainment for visitors around the area. For example those swings made out of industrial pallets.

You will see people around the area playing table tennis – there are 3 tables in Telliskivi that you can use free of charge – or buying and selling something on the flea market that takes place every Sunday morning. If you are in the shopping mood, but don’t want to buy anything on the flea market there are plenty of hipster shops around the creativity city to keep you busy.  Anything from art and hobby products, designer and eco clothing to vintage furniture and bicycles is available here for a very reasonable price.

All of a sudden you will catch a smell of fresh bread and it’s not a trick. There is a very unique bakery on site. The bakery produces traditional Estonian bread form the island of Muhu, which is made with sunflower seeds, raisons or hazelnut. They produce both black rye bread and white bread, I dear you to try both and you will never look the same at your morning bagel again.

Telliskivi also has plenty of amazingly good restaurants. Some of them do street food on Sundays.

You might be wondering: where is all the entertainment?

Telliskivi won’t disappoint. Dance, music and even jazz festivals benefit from the massive buildings the old factory had to offer. If you are from Europe and into jazz you might be familiar with Jazz Kaar – a very famous jazz festival that takes place in Estonia every quarter. Well it won’t come as a surprise that the creativity city is where the festival is hosted.

Last but not least, this amazing hipster paradise does not only provide food and entertainment – it provides accommodation, in a rather unusual form.  The accommodation is available in the area around the factory and its mostly 19th century wooden buildings; some of them have been renovated and are very modern. However, there are quite a few of those left untouched. Those buildings only have stove heating and numerous don’t have a wash facility. They look amazing though and are very much loved by young artists and contemporary musicians.

The creativity city is a great example of a young country building a bright future on the ruins of the old regime accepting new cultures, supporting inspiring artists and helping small businesses to grow. Whilst making its capital again a great place to visit for people of all backgrounds and interests.

***************************************
About the Author:  Elina Pedersen is a traveller (over 60 countries) and a founder of Activity Fan – the activity booking marketplace. Elina was born in Estonia, but she lived in Netherlands, Australia, and USA. Elina currently resides in UK. Her main goal is to help people be active and adventures, as well as to support small-local businesses worldwide. 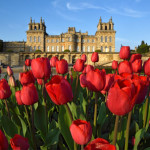 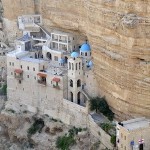