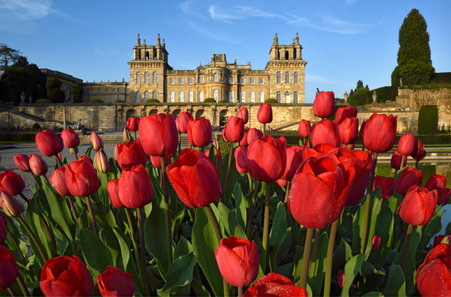 Here are 10 great reasons why this may be the best time to visit Britain in the last thirty years.

Probably a few weeks ago you had no idea what “Brexit” was or how it would affect Britain immediately after the vote to leave the European Union.  The vote of the people of Britain to approve Brexit last week, sent proverbial shock waves through the world’s financial markets.  The result was an unprecedented drop in British Pounds Sterling to the lowest value in decades.  Today the GBP is down to the lowest value against the USD in 3 decades.

As a result, the number of internet searches for fights to Britain have increased by an estimated 50%.  Travelers know there are bargains to be had across-the-pond, so don’t miss this opportunity to travel to the United Kingdom for less than it’s cost in many, many years.

#1 – The Exchange Rate for US dollars is the best in 30 years.
As of today one GBP is worth $1.33 USD.  Previous to the Brexit vote it was in the $1.60 range.  That means that the average vacationer could save $600 on their trip in exchange rate difference alone.

#2  Just Announced Low Airfares To England
Low cost carrier, Norwegian Airlines has announced an amazing airfare sale with flights from $375 round-trip from Boston to Gatwick starting in November, 2017.  What’s even better is that this route is served by brand new 787 Dreamliner aircraft.  Norwegian Airlines is offering great rates from 8 cities in the United States to Europe.

British Airways has announced a great “Take Someone Special To London” promotion.  Two people can fly in business class for the price of one ticket – like a big BOGO, buy one ticket, get one free!   And there are specially reduced fares available.  Ticket prices from New York for instance begin at just $2,217.00 FOR TWO!  You must purchase your ticket by July 12, 2016 for flights between July 12, 2016 and May 31, 2017.

To celebrate the 100th anniversary of the birth of famed UK children’s book author, Roald Dahl, London will become an adventure trail of Dream Jars.  Families are invited to explore London on the Dream Jar Trail from BFG (Big Friendly Giant) movie just released from Disney Studios.  As reported by VisitLondon.com, ” Trafalgar Square, Arsenal’s Emirates Stadium, St Paul’s Cathedral, Leicester Square, Tower of London and the home of Dahl himself in Great Missenden, will each play host to giant dream jars which contain the dreams of celebrities and top artists. Expect to see the imagined dreams of Steven Spielberg, Sophie Dahl, Quentin Blake, Nadiya Hussain of Bake off, Paralympian David Weir, Game of Thrones’ Maisie Williams and Arsenal Football Club.”

#4  Foodies will want to follow one of the new Maps of the Most Unique Tastes of Britain
There was a time when food in the UK was considered to be dull and bland – that’s no longer the case!  Today flavors of varied ethnicities couple with wonderful fresh ingredients to produce memorable fare.  2016 begins a five year initiative to celebrate the best of Britain’s food and drink and has been declared The Year of Great British Food.  To help travelers discover the special food experiences of Britain, new interactive maps have been developed to lead the way.

One of the great glories of touring Britain is to marvel at their wonderful gardens.  From quaint rose strewn country lanes to magnificent castles with ornate garden designs, it seems everyone in Britain has a green thumb.  This year marks the 300th anniversary of Launcelot ‘Capability’ Brown, who is known to have designed some of Britain’s most beautiful gardens.  In 2016 many gardens that are not usually open to the public will be opening their gates during the celebratory Capability Brown Festivals.

#6 Roam The Highlands of Scotland to Discover Outlander Filming Locations
With the release of Season 3 of the Outlander Series on Starz Network, every romantic heart will be wanting to discover the filming locations of Jamie and Claire’s epic love story.  Luckily VisitScotland.com has all the maps and info you will need for your own journey through the ages.

#7  Commemorate the 400th Anniversary of the death of William Shakespeare
To give a nod to Britain’s most famous writer, take in a Shakespeare performance in one of the wonderful venues through the UK.  For an even more memorable encounter, treat yourself to one of Britain’s  Shakespearean Dining Experiences in a Castle.  Shakespeare400.org has all the info on events and performances you will need.

#8  Sleep in the Land of Lions

The ZSL London Zoo has just opened the much anticipated Gir Lion Lodge, where you can bed down within snoring distance of the lion habitat.   “Gir Lion Lodge is hidden away within our Land of the Lions development. Guests will bed down for the night in beautifully decorated lodges inspired by the welcoming charm of hotels in the lion’s native Gir Forest home in India”.

#9 Keep An Eye Out For Cruise Specials From UK Cruise Lines
Get to know cruise lines based in the UK who offer prices in Great British Pounds to take advantage of the great exchange rates at the moment.  Most notable are:  Fred Olsen Cruises, P&O Cruises, Cunard, Thomson Cruises, Saga Cruises, Cruise & Maritime Voyages and Swan Hellenic Cruise Line. 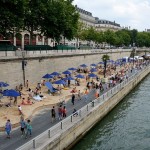 Fun City Beaches Pop Up Across The Globe