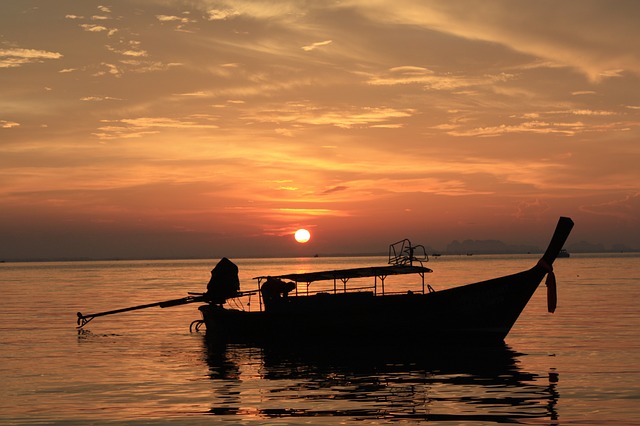 Backpacking Through Thailand My Story of Self-Discovery

If you asked me why I was planning to travel through Thailand a year ago, I would have spouted off some nonsense about the beauty of the earth, the people, and the spirituality of traveling alone and having a grand adventure. I had ideals and I was certain that I was an open-minded, easy-going individual, and that I would be welcomed into the fold. I thought I was rugged enough to withstand primitive accommodations, and that I could have an experience that I would remember forever. On my trip however, all of my misconceptions about myself went out the window; I had to reshape my own opinion of myself, and I learned a few things.  Let me share them.

I Learned to be Flexible

I spent several excited months planning my route and my destinations, and where I would meet up with some friends along the way. It took less than 48 hours after my arrival in Bangkok for my plans to begin to unravel. I had trouble with leaving my hotel, and due to a communication problem and a scam artist, I missed a bus. I then had to find alternate transportation. By the end of my third day, I was panicking and ready to call off my plans, feeling like a failure. Then I made a decision; I wasn’t going to have any plans anymore. My carefully crafted itinerary became more of a list of things I wanted to do and places to see.

I forgot about dates and times and paid more attention to destinations instead. I went from “I’m going to miss my bus to _______!” to “How can I get from here to _______?” I slowed down, and began to enjoy the travel instead of letting the schedule rule me and, suddenly, I was enjoying myself.

I Learned About Compassion

One of my most difficult hurdles was that of my own self-righteousness. I had envisioned people living a simple lifestyle, in harmony with nature, that had been untouched for generations. What I found was filth, scam artists, and trash everywhere. These people didn’t recycle and had no concern for the environment. I was appalled, and I was disillusioned. I was angry at these people for not living up to my expectations. Then, as my trip progressed, I began to understand a little better. These people were impoverished. They didn’t have the ability to be concerned about the environment, and the street crimes that so offended me were someone’s way of feeding themselves or their children. And what right did I have to be angry at a child who throws trash on the side of the road, when that child was barefoot and quite possibly hungry? I struggled with the guilt of knowing that on my worst day, my life was a breeze compared to that of the people here, and soon realized I had no right to judge their behavior.

I Learned that I Could Let Go

At the same time, I had to let go of that guilt about my situation. I looked around and was saddened and disturbed that so much of what I took for granted would be considered ridiculously frivolous to many of these people. I felt bad just being here, spending on one meal what many would spend for food for an entire week. I wanted to help them, and felt that I needed to do something drastic to make a difference.

But day by day that feeling lifted as I realized that I was helping them. They depended on me spending my dollars, and they took pride in earning them. The people I met and interacted with didn’t judge me for having more opportunities than them, they welcomed me. I learned to let go of the differences and embrace the lessons they had to give me. I learned that I didn’t need half of the stuff I packed, and how to do without, and if I really needed something, how to improvise. It’s much easier to enjoy life when your load is half as much as it was when you started. I also learned to interact and to give of myself freely, and to make friends quickly. But more importantly, I learned that these were brief, fleeting friendships, which while short, were no less meaningful in what I gained. I learned to live in the moment, and to say my goodbyes without regret, feeling grateful for the chance I had to exchange parts of our lives. I will take the memories of those people with me wherever I go.

I Learned the Joy of Solitude

I once read somewhere that there is a difference between being alone and being lonely, and I thought I knew what that meant, but I really came to understand it while I was on this trip. I could be surrounded by people laughing and eating and swapping stories, and still feel lonely for companionship and intimacy. After I overcame my initial fears and doubts, I learned that I could also be all alone, without missing the presence of others. It was solitude, and I realized that I liked it, and truly began to examine my thoughts and beliefs. Now that I’m home, I sometimes find myself craving that solitude, that being alone in a quiet place where I can think and reflect. I still enjoy a social life, but I find myself looking for bits of time where I can reclaim that feeling of calm that comes from knowing that while I may be alone, I am not lonely.

I don’t think that I’ll ever make a trip like that again. I’m fairly certain that if I’d known ahead of time what it was really going to be like, I probably wouldn’t have gone. For that part, I’m glad I didn’t know, because as difficult as it was, and as uncomfortable as I was in dealing with many of these struggles, they did help to make me a different person than I was before.

**********************************
About The Author: Susanne Loxton is a travel enthusiast who combines her love for adventure with a passion for writing. On a daily basis, Susanne works for Aubiz, a compendium of knowledge about companies in her native Australia. 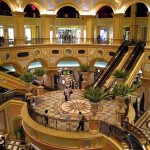